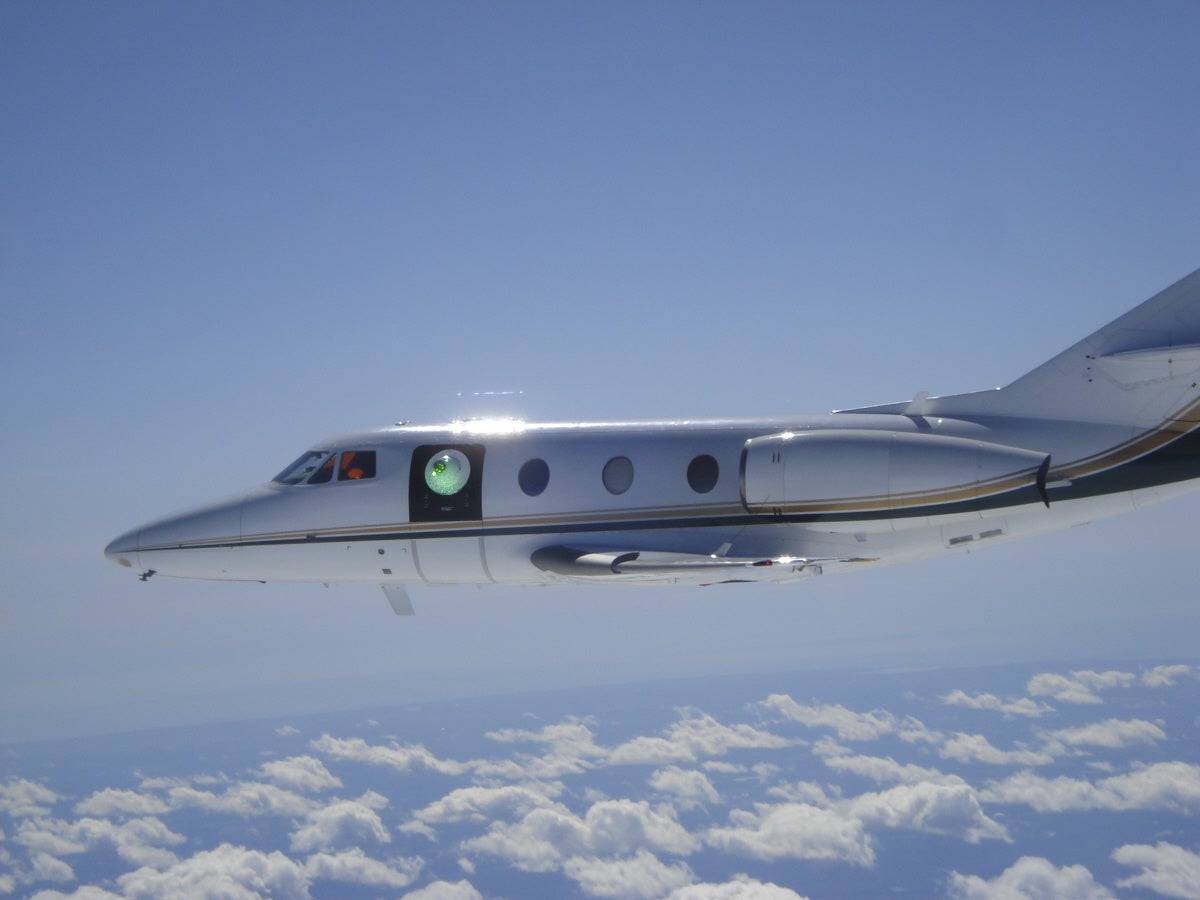 In World War II, mighty bombers came equipped with gun barrels, manned by gunners at the ready to protect the plane from attacking fighters. The B-52 Stratofortress even came with a tail gun for self defense and last used it in combat over Vietnam in 1972. The change in fighter weapons from guns to missiles made tail guns obsolete, but now Lockheed and DARPA are bringing them back. As freakin’ lasers.

Named the Aero-adaptive Aero-optic Beam Control, or ABC for short, the laser is a directed energy weapon in a 360-degree turret. Its claim to fame? It fries incoming missiles. Controls and cameras in the turret make sure the laser stays locked on to the missile while being fired from an airplane. On Monday, Lockheed announced that a converted commercial jet with the ABC laser attached completed eight test flights over Michigan.

Defensive lasers on airplanes could make it much harder for anti-air weapons to shoot down aircraft. And presently, anti-aircraft missiles, especially ground-launched systems, are much cheaper than state-of-the-art warplanes. For the past 20 years, new American warplanes were built stealthy to protect themselves from radar-guided missiles, but there are limitations to size, shape, and cost that come with stealth design.

As an alternative, shooting down missiles in mid-air with an electric-powered weapon might be a lot cheaper. And as America looks to future warplane design, it means the venerable tail turret might just come back — as an airborne anti-missile laser. 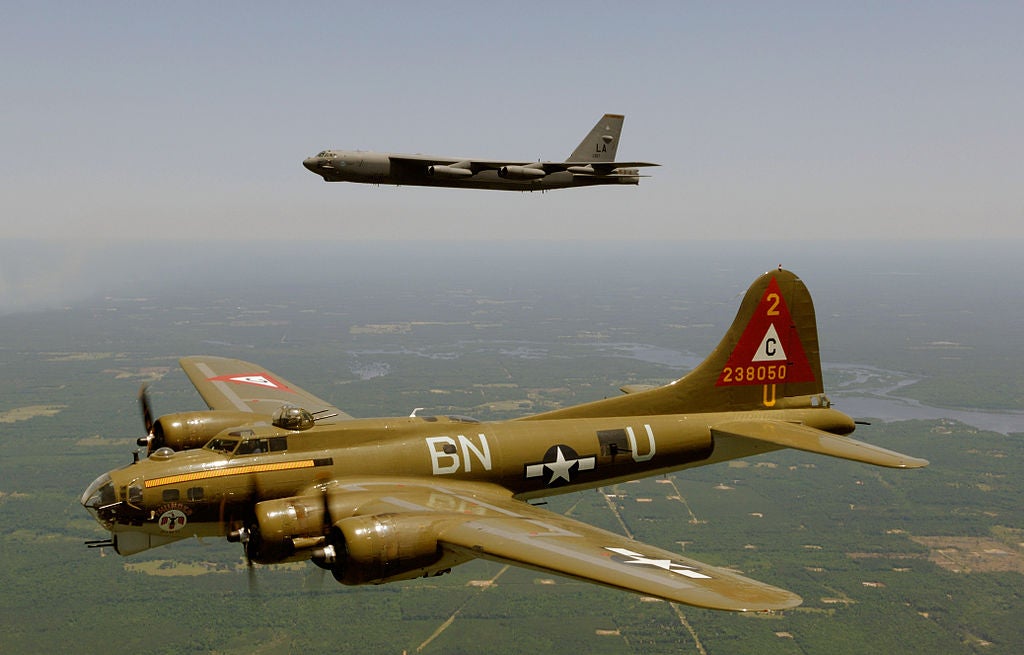 In the foreground in the B-17 Flying Fortress, iconic World War II bomber. In the background is a B-52 Superfortress, iconic Cold War bomber still in service.