Gunships and fighters and lasers, oh my 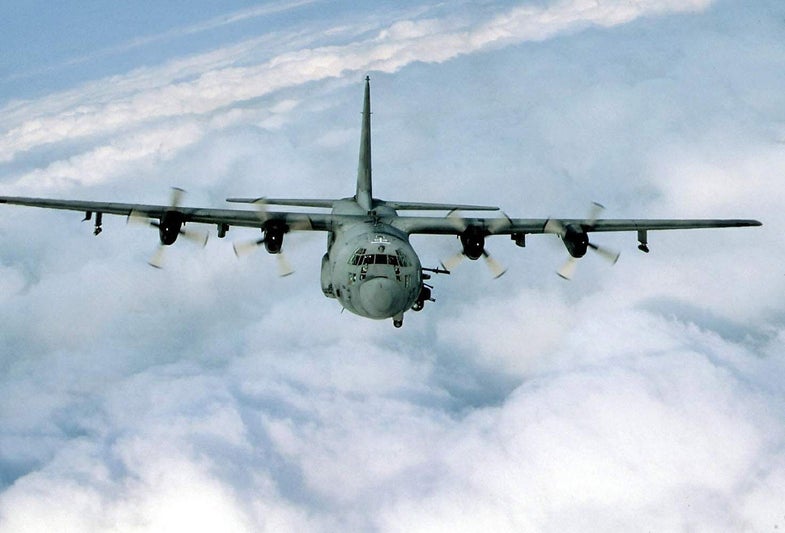 According to the Air Force, the future of war in the sky is lasers. Lasers on new jet fighters are a future goal, but there’s lower-hanging fruit in the world of science fiction weapons that the Air Force hopes to reach first: why not mount the lasers on heavier and relatively more spacious gunships?

The AC-130 is a battlefield giant, a large transport adapted to instead carry inside its cavernous belly. Right now, AC-130s are armed with a range of guns, rockets, cannons, missiles, and bombs, and it’s used them to support troops on the ground from Vietnam to Afghanistan. The latest version of the AC-130 in the works is scheduled to have a heavy cannon, but there’s the possibility of adding in a laser weapon on the last few made, provided the laser is ready.

Besides adding a laser gun to a gunship, the Air Force wants a laser gun in a pod it can sling onto a fighter. And, maybe include from the start in the next next generation of fighters. At a lab day hosted by the Pentagon, the Air Force Research Lab’s Directed Energy Directorate Director (actual title) explained the challenge of mounting a laser in a plane instead of on a ship, as Sydney Freeberg reports for Breaking Defense:

Indeed. The USS Ponce, a Navy transport ship in the Persian Gulf, already has a weaponized laser capable of shooting done drones. The Army has a laser truck in the works, and the Navy wants to give its Marines a laser gun toting vehicle too.

The Air Force has been at work on a laser weapon for a long time. A massive project to mount an anti-missile laser on a converted 747 failed, but new projects, based on the same technology as the Navy and Army lasers, have seen significant development.

Should the laser work out for fighters and gunships, maybe the Air Force will mount it on drones next. If they do, Lockheed is ready.