Armor as ephemeral as the air 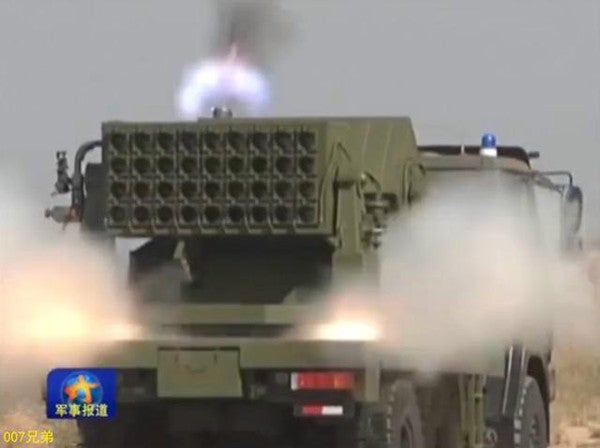 America’s first laser gun went to war in 2014, to protect a ship against robots. On board the USS Ponce, the Navy’s Laser Weapon System is a modest sign of the lasers to come: at 30 kilowatts, it’s powerful enough to slowly burn through a drone, given time. But the Pentagon’s plans for lasers go far beyond its modest first showcase: they want lasers to disable everything from small drones to mortar shells, rockets, and missiles. For nations that might someday fight against American military machines, the answer to lasers could be a far more ancient technology: smoke, judiciously applied.

According to an article published on China.com, a site that appears to be ultimately owned by the Chinese government, the People’s Liberation Army is looking at using smokescreens to protect against lasers. Smoke on battlefields is usually a tool of concealment, not armor. When it comes to lasers, the simple physics of light means smoke has serious potential as armor.

Lasers as we know them only work in certain weather. This is a problem that can be overcome; before bullet casings became standard, rain could ruin gunpowder and leave riflemen holding strange, ineffective sticks. The bullet casing solution took centuries, and while it’s likely lasers will outwit smoke in less time than that, putting up a smokescreen is a cheap, effective answer to weapons right now. So China’s army is looking into quick ways to put smoke up where they need it. From Popular Mechanics:

If smoke beats lasers, and for a few years it certainly might, there’s an even older force that can completely undermine smoke: wind. As futuristic as modern war is, weather still gets a say.