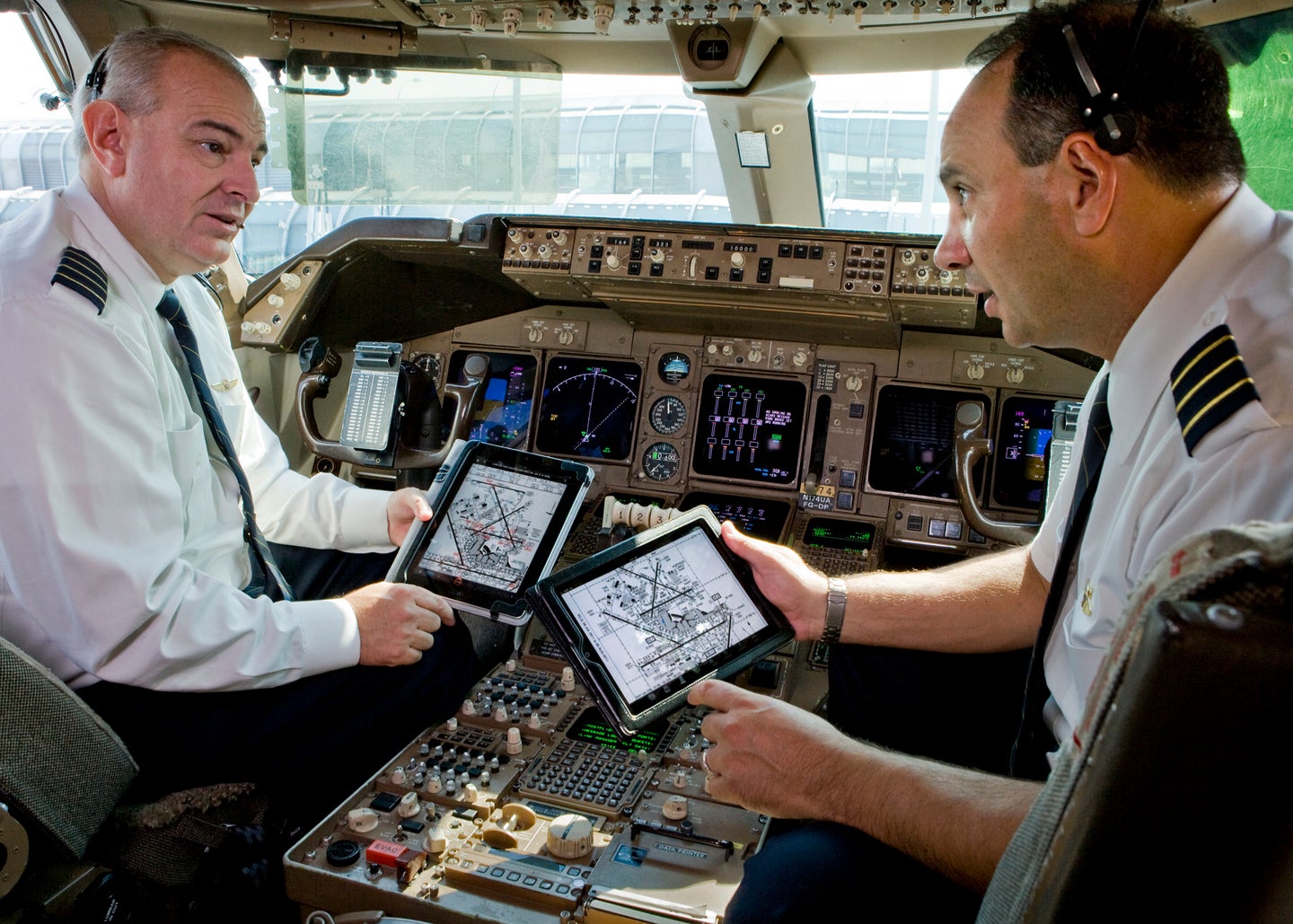 First commercial pilots started getting iPads, and now military pilots want in — the U.S. Air Mobility Command is planning to buy up to 18,000 iPad 2 tablets “or equal devices,” replacing heavy flight bags that pilots use to stow their charts and other flight materials. The devices will apparently be used on the C-5 Galaxy and C-17 Globemaster. The Air Force Special Ops Command is also planning to buy 2,861 iPad 2s for its crews.

“Moving from a paper-based to an electronically-based flight publication system will not only enhance operational effectiveness, it can also save the Department of Defense time and money,” Maj. Gen. Rick Martin, the director of operations for the Air Mobility Command, said in a statement.

The military is calling them “electronic flight bags,” hoping the iPads could replace the heavy notebooks full of aviation charts, regulations and other material that pilots must carry. This is already catching on in the commercial sector, too — in December, the FAA granted approval for American Airlines to start using iPads, though they haven’t started yet. United Airlines, Alaska Airlines and even UPS are also planning to use tablets in the cockpit.

It’s primarily an issue of weight and simplicity, according to the military. The Mobility Command’s flight charts are updated every 28 days, which equates to 70 pounds of paper per aircraft that must be sorted and updated. It’s time-consuming to wade through it all, and the added weight could also be a problem, even on airplanes designed to carry enormously heavy cargo.

“With limited space in the cockpit and the amount of paper that each crew has to manage, it can quickly become controlled chaos,” said Maj. Pete Birchenough, who has been testing the tablet program at Travis Air Force Base in California.

Though iPads are certainly lighter and sleeker than a binder full of Jeppesen charts, they are certainly not perfect. Not all pilots want them to replace their trustworthy paper charts. And imagine what could go wrong if the homescreen froze. Or if the pilots forgot to charge them … would anyone have some spare Jepps showing Iranian airspace? There are clearly still a few backup plans and kinks to work out.

Pilots won’t necessarily be able to use them as all-purpose tablets, either, potentially having limited access to game apps or other personal uses. Still, iPads in the civilian and military skies is definitely an interesting future. Co-contributor Clay wonders if AMC will rename a fighter squadron “The Angry Birds” in celebration of the event.