Sorry, Hubble Did Not Find Aliens On Europa 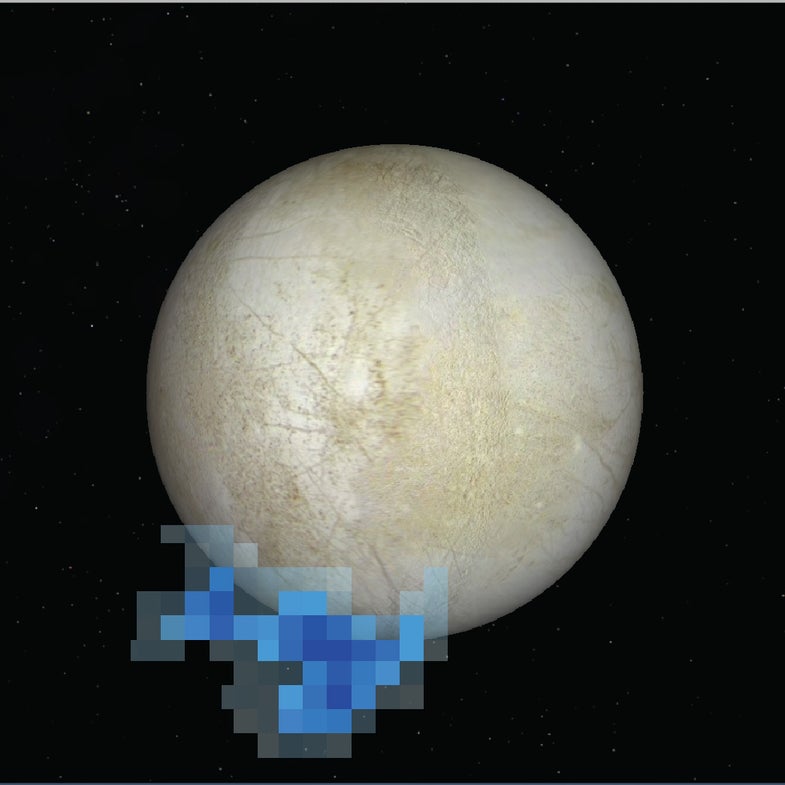 Hubble's view of huge plumes of water vapor in 2013, data shown superimposed on a photo of Europa. NASA/ESA/L. Roth/SWRI/University of Cologne
SHARE

NASA, you should really know better than to say you’ve found something “surprising” without telling us what it is. That can lead a lot of people to speculate.

Yesterday our space agency announced that they’d found “Evidence of Surprising Activity on Europa,” and promised to reveal more in a teleconference on Monday. Scientists think Jupiter’s moon Europa might be capable of supporting alien life in the ocean beneath its icy crust. So of course, people’s imaginations ran wild.

Well, NASA would like you to know that it’s definitely not aliens.

(Never mind that the press release made it pretty clear it wasn’t aliens, specifying that the “surprising evidence of activity may be related to the presence of a subsurface ocean on Europa.” Also, it would be pretty hard for Hubble to see alien creatures from so far away, unless they were very, very big. Even Europa’s 125-mile-high plumes of water look like an 8-bit video game to Hubble’s cameras.)

So what is the surprise? Well, if we had to guess, we’d say it probably has something to do with those geysers, which are thought to be connected to Europa’s inner ocean. But we’re not going to speculate too hard, because, well, you can see where that gets people. Listen in on Monday at 2pm Eastern to find out for yourself.