“Pillownaut” Stays in Bed for the Sake of Science

To study the effects of micro-gravity in space, NASA pays test subjects to lie still for weeks on end 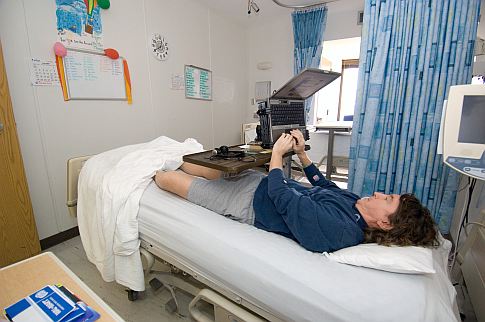 When humans eventually live on the moon and Mars, the discomforts of eating freeze-dried food and drinking our own urine will hardly be our only space nuisances. Apparently, our feet will tingle, we’ll get headaches and toothaches, our eyes will be runny, and we’ll have chronically stuffy noses.

Scientists have a pretty good notion of what will happen to your body when you’re walking on the moon or traveling gravity-free for two years en route to Mars — thanks to a cadre of bed-ridden test subjects.

Twice in the past year, self-described “pillownaut” Heather Archuletta agreed to lie still for what some Americans might consider a nice break — she signed up to snooze in the name of science.

NASA needs more volunteers for its bed-rest study, which helps doctors understand what a lack of gravity does to the body. You can earn $160 per day, plus all travel and lodging expenses, if you make the cut. Five grand a month to lay down and play Xbox? It might sound too good to be true, but beware — leaky eyes, throbbing feet, and bed pans await you.

“You have this notion in your head of, ‘Oh, I can do it.’ But it is strange to feel everything that changes,” said Archuletta, 39. “You don’t think about it; oh, God, you just feel pain. But when you learn why the body compensates the way it does, it is actually very enlightening.”

Lying on your back for long periods simulates what happens to your muscles and bones in space. When you have no gravity pulling you down, your muscles don’t have to work hard to move you across the room, and your bones don’t have much weight to support, so they weaken. People living in micro-gravity have to exercise frequently to avoid that, which is why astronauts on the International Space Station are getting the new “Combined Operational Load Bearing External Resistance Treadmill” (named for comedian Stephen Colbert) later this year. 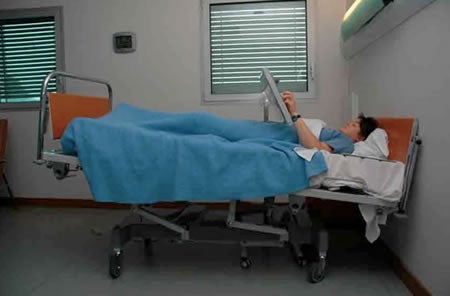 In micro- or zero-gravity environments, your blood thickens; blood and other fluids pool in your head, causing headaches, toothaches, and a stuffy nose; your feet get tingly, because less blood flows to them; and your eyes might leak tears for no reason. These are just some of the weird side effects.

But most people who experience those effects get the compensation of actually being in space. Why would a healthy person volunteer to go through the same thing in a bed on boring old Earth?

“I did have a couple of those moments where I was like, ‘Geez, what have I done?” Archuletta said. “But it’s a real privilege to get in … I am passionate about this in a way I haven’t been for an office job in a lot of years.”

In the lunar study, you lie down for 21 days, with your body tilted so your feet support one-sixth of your weight, which mimics gravity on the moon. The longer-term study simulates the lack of gravity you would experience in a space station sojourn or while traveling to Mars. In that study, Archuletta lay in bed for 50 days, with her head declined, six degrees below the rest of her body. It would have been 90 days, but Hurricane Ike forced the evacuation of Galveston Island, where the tests take place.

Other than the persistent headaches at first, it wasn’t too bad, she said — she got to stay in bed and watch movies. But with a bed pan. “After you get used to that, it’s just the same four or five minutes out of your day that it always was,” she said.

Bed-rest study subjects have to pass the Air Force medical exam, and can’t be on any medication. They cannot imbibe alcohol or caffeine, which might make the 16-hour “awake times” a little less fun. But subjects get paid to play Monopoly, watch movies, and catch up on reading, and they get a massage every other day, so it’s not exactly punishment, either.

Though it’s meant to study micro-gravity, the research could also help pregnant women who have been ordered to stay in bed for medical reasons, or people whose injuries or disabilities render them immobile.

Archuletta started a blog, The Pillow Astronaut, where chronicles her sometimes-bizarre experiences and answers the persistent question: Why would anyone in her right mind do this?

“I really want to see us get back to the moon and to Mars. I want to see that in my lifetime,” she said.

Now at least she knows what it will feel like. 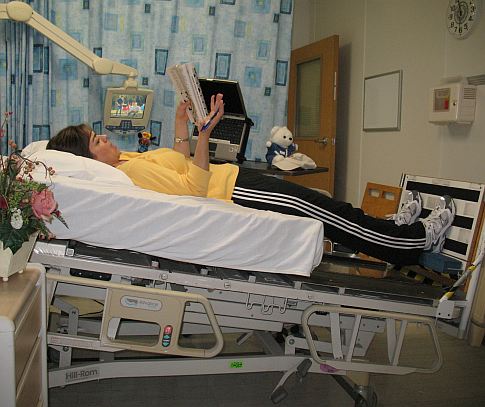