Drink Up! Red Wine Can Counteract the Negative Aftereffects of Space Travel

Good news for oenophiles: Wine can offset the negative effects of weightlessness. We’ve already seen the first beer brewed for... 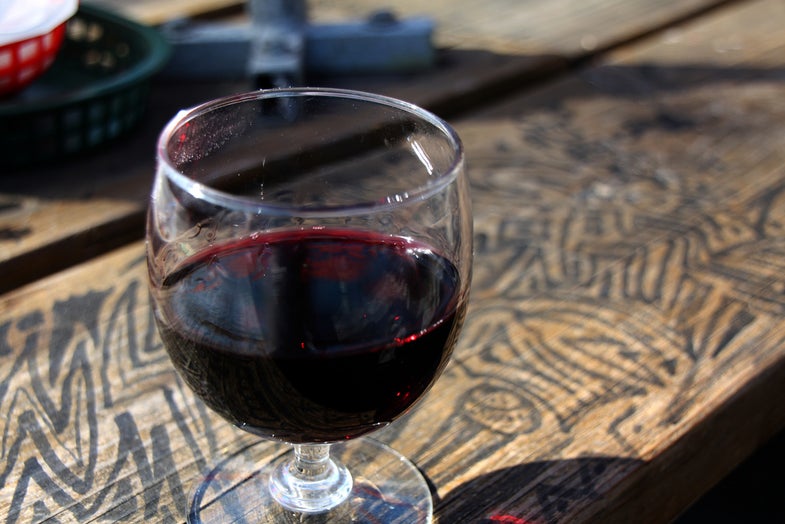 Good news for oenophiles: Wine can offset the negative effects of weightlessness. We’ve already seen the first beer brewed for drinking in space — any vintners want to take up the challenge of bottling the first zero-g grenache?

Scientists have long known that red wine has health benefits; it contains resveratrol and antioxidants like flavonoids that are good for your heart, the Mayo Clinic explains. A new study shows resveratrol can prevent bone density loss and muscle atrophy, two problems that commonly plague astronauts and those who lead sedentary lifestyles.

Researchers in France (fittingly) worked with rats in an environment that simulated the weightlessness of spaceflight. Er, they hung them up by their tails. One control group did not get any special treatment, and another group got a daily dose of resveratrol.

The control group lost bone and muscle density and developed insulin resistance, according to the Journal of the Federation of the American Societies for Experimental Biology. The resveratrol group did not suffer those side effects.

“Resveratrol may not be a substitute for exercise, but it could slow deterioration until someone can get moving again,” said Gerald Weissmann, M.D., editor-in-chief of the FASEB Journal.

Astronauts on long-duration trips on the ISS or Mars spacecraft could perhaps take resveratrol supplements. Similarly, people with sedentary lifestyles, due to disability or other factors, could benefit from the compound. Or they could just drink some red wine.