There are only two supplements proven to help you build muscle

A balanced diet is best, but these additions could help. 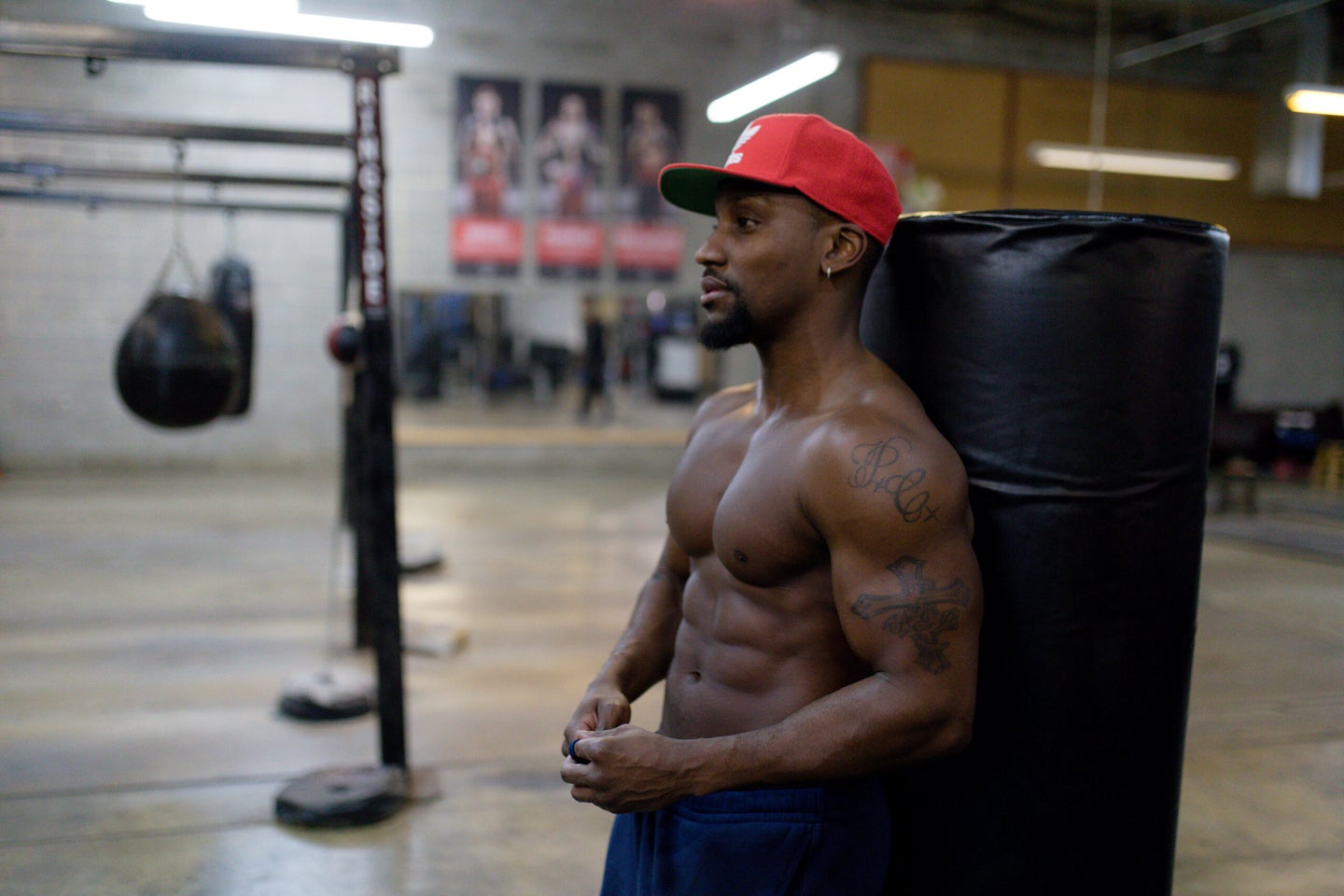 This story has been updated. It was originally published on January 4, 2019.

Scroll through any weightlifting or bodybuilding forum and it’s easy to feel out of the loop. People throw around advice about BCAAs and HMB and various kinds of protein powders like these are things everyone at the gym should know—and use. Even experienced runners and lifters can feel as if they’re doing something wrong by not supplementing.

But here’s the truth: most of it is totally unnecessary. You could save yourself time and money by just eating a healthy, balanced diet with enough protein to meet your needs. But you came here for supplement advice, not to be told not to do stuff. So here’s what the research says you should do.

The only two supplements you need to build muscle

As annoying as your gym buddy’s constant chatter about protein powders is, there’s one thing they’re getting right: it is important to get enough protein to support your workout program. Runners and other cardio fans aren’t going to need as much, since they’re not pushing for the kind of active muscle building that powerlifters or bodybuilders are working towards. (You can check out our guide on just how much protein you should be getting to figure that out). But that doesn’t mean you shouldn’t be paying attention to your protein intake.

Working out, especially strength training, stresses your muscles—that’s how your body knows it’s supposed to be building up more of them. If you’re not taking in enough protein, though, you won’t have the amino acid building blocks required to fuel that muscle growth. And then you’re doing a whole lot of work for nothing.

“I’m generally of the opinion that you should try to get protein from whole food sources if possible,” says Greg Nuckols, a world record-setting powerlifter, coach, and expert over at Stronger By Science. “But if you just don’t like protein rich foods, or you have a busy lifestyle and you don’t have time to sit down and eat a bunch of food, a protein shake to make sure you’re meeting your needs is good.”

The other solid choice for muscle growth: creatine. “Creatine is great,” Nuckols says. “There’s a lot of myths out there about creatine: that it causes dehydration, that it messes up your kidneys. That’s all B.S.”

But he cautions that’s not to say that you should expect night-and-day results.

Creatine is an amino acid found in the body’s muscles and brain and it basically works like this. Your muscles use a molecule called adenosine triphosphate, or ATP, to power their contractions. They do this by ripping off one of the phosphate groups on ATP and turning it into ADP (adenosine di-phosphate). Removing that group is how you fuel the contraction, and it takes a while for your body to turn ADP back into usable ATP. Creatine can help with that by acting as a kind of backup source of phosphate groups. Muscles with stored creatine can rip a group from there and attach it to the ADP lying around—and voila, you have more ATP to use. It also acts as a weak buffer, preventing the pH inside muscles from dropping too much and therefore delaying fatigue. All of this means creatine helps your muscles work a little bit harder for a little bit longer.

[Related: What actually works for muscle recovery—and what doesn’t]

“Ultimately what that means is that when you work out you might recover a little faster between sets, you might be able to do a few more reps between sets, and all of that adds up over time to slightly larger gains in muscle mass and strength,” Nuckols explains. The difference is small—one meta analysis suggests somewhere around 8 to 14 percent—though it could be greater if you’re low on creatine to begin with, like if you’re a vegetarian or vegan (you get dietary creatine from consuming animal meat).

But that only applies if you’re pushing yourself in your workouts. Studies where two groups, one getting creatine and one a placebo, work out exactly the same amount—such that neither group is pushing themselves to the limit—show that the creatine doesn’t give you bigger muscles if you don’t put in extra work.

“Really, past [those two supplements] for muscle-building anything else you could even potentially recommend would be kind of arguing based on mechanisms without much clear data to back you up,” says Nuckols. Studies done on supplements like leucine, which some early research suggested could kickstart the muscle-building process inside cells, haven’t panned out. Still others, like caffeine and citrulline malate, have more equivocal evidence. Some studies suggest they help increase force output or boost your muscular endurance, while others show no effect. And to complicate matters further, there are few studies that follow athletes on or off supplements to determine whether there are tangible benefits. “There’s probably a half dozen things like that may improve your workouts a little bit,” explains Nuckols, “but we just honestly don’t know at this point if they actually lead to muscle growth down the road. At this point, protein and creatine are the only two that I really feel comfortable recommending.”

How to pick out supplements

The supplement aisle in the drug store is overwhelming. And supplement stores? Doubly so. If you know anything about how these pills and powders are regulated—or rather, know that they’re effectively not—you’re also plagued by concerns about heavy metals in your protein and vitamin pills that don’t actually contain the substance they claim to.

A 2010 Consumer Reports investigation found heavy metals in many samples they tested, some in high enough concentrations that people consuming the powder on a regular basis should be concerned. Another study in 2018 from the Clean Label Project found similar problems, with plant-based powders often containing the most heavy metals (arsenic occurs naturally in many plants). If you have a particular brand you love already or you’re looking at buying a new one, Nuckols recommends you check out labdoor to see how that manufacturer stacks up. The site does independent testing for purity and quality, and though it doesn’t have every brand out there it’s worth checking to see whether your pick has been tested.

Even if your fav is metal-free, you may find out that they’re not really packing in as much protein as they claim. “They use a process called amino spiking, which is where they take some cheap isolated amino acid and add a bunch of that into the powder,” Nuckols explains. “It’s cheaper for them than getting whole protein, but it’s not as good as whole protein.” Some powders have anywhere from 20 to 25 percent less usable protein than they say on the label.

That’s why Nuckols buys wholesale. “Popular supplement brands rely very heavily on good marketing and branding, and they’re generally selling to reasonably uninformed consumers,” he explains. “If it turns out that they have bad stuff in their product or are under dosing, ultimately that’s not going to hurt [the supplement brands] much. They can just change the label, say they reformulated, and keep selling to the same people.” They have no real incentive to be better. Wholesalers, on the other hand, are selling to manufacturers who know what they’re doing. Manufacturers may be shady, Nuckols says, but they want to know exactly what’s going into their product, and if they get burned by a wholesaler they’re not likely to go back. That means the incentive structure for wholesalers promotes a high quality product—plus it’s way cheaper.

Whatever supplement you’re interested in, a wholesaler probably can get a higher quality product to you for less money. You just need to know what you’re looking for.

Whey protein is the most common powder supplement because it’s cheap and easily obtainable—it’s a byproduct of the cheese-making process—but other protein sources are likely just as good. Casein gets digested a little slower and more people have allergies to it, but if you can stomach it, the casein powders will mix up much better. “Whey dissolves, but casein hydrates,” explains Nuckols. That means in a blender bottle it’ll mix to the frothy consistency of a thin milkshake, plus you can bake with it and it doesn’t have that bitter-sour aftertaste that whey does. Nuckols isn’t one to ruin a perfectly good cheesecake by making it a protein-cake, but he says you can make “legitimately delicious protein waffles” with casein, and decent muffins too. And as far as alternatives like egg white (albumin) or isolated beef protein go, they’re all just as good as another. Nuckols says he’s not confident enough to say that soy is necessarily just as good as whey or casein, but also not confident that soy is actually any worse—and if you’re vegan, soy is definitely the best you’re going to get.

My swole friend swears by this particular supplement. Should I use that one?

A lot of us have something of an obsession with optimizing our bodies. It’s natural to pursue the ideal testosterone levels or the perfect number of reps per set—we want to be our best. And our advice to just stick to the basics is probably deeply unsatisfying.

If you’re unconvinced, or you want to take a shot on some oddball supplement that you think might actually work, we here at PopSci at least want you to be safe doing it. Start by checking out the brand on labdoor—they do way more than protein and casein!—to make sure you’re not ingesting something toxic. If you want to look more at the science but lack the training to read dense academic papers, try looking at Examine. They have experts who review the evidence for various supplements and nutritional advice to see how well they hold up under scrutiny, all summarized in easy-to-understand language.

You may still opt to try something that these sources say is unlikely to do much, and that’s fine. Just make sure you’re not consuming something potentially dangerous—and keep pursuing those gains.