Drinking is part of American life, but its health consequences may be underplayed. 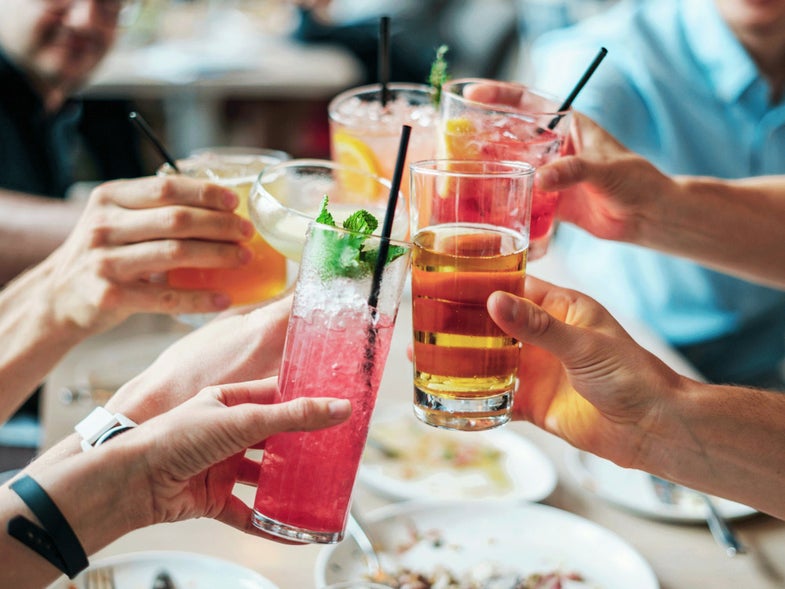 Alcohol is the most widely used drug in the world, including in the United States.

About 70 percent of adults in the United States report past-year alcohol consumption, with over 37 million drinkers reporting binge drinking (defined for women as four or more drinks per occasion, and five or more drinks per occasion for men) at least once a week. The prevalence of past-year drinking has increased in the past two decades, from 65.4 percent in 2001 to 2002 to 72.7 percent in 2012 to 2013. Partially because it is such a commonly used substance, heavily marketed and glamorized in pop culture, Americans’ comfort with and acceptance of alcohol is high.

I research alcohol use and the associations between drinking and a wide range of problems. While the rising opioid epidemic has been receiving a lot of attention in the past five years, it is important to remember that alcohol is involved in a greater number of deaths and physical and social problems. Backed by a strong industry, alcohol’s dangers may be underplayed and its benefits exaggerated. A study to examine the health benefits of moderate alcohol consumption, jointly funded by the National Institutes of Health and the alcohol industry, was recently halted for reasons including possible conflicts of interests. Now is a good time to review some things we do know about alcohol.

Is moderate drinking good for your health?

In the past two decades, the idea that moderate drinking may actually confer health benefits has taken hold, backed up by some preliminary evidence. This led to the often-mentioned notion in the popular press that a glass of red wine a day reduces the risk of cardiovascular disease and diabetes.

There was one major flaw in many of the studies used to back up the claim that a glass of red wine is good for health. They compared moderate drinkers to non-drinkers—rather than comparing lighter to heavier drinkers. There is a phenomenon called the “sick quitter paradox,” however, that could affect study findings. “Sick quitter” means that non-drinkers tend to be less healthy than low-level drinkers, and that many people choose to not drink for health reasons. Therefore, some non-drinkers may be less healthy than moderate drinkers for reasons unrelated to alcohol. The question as to whether moderate drinking is beneficial remains open. The National Institutes of Health recently sought to initiate a large randomized control trial, the gold standard for understanding causal relationships, to look into the benefits of moderate drinking.

This trial was designed to pick up the heart benefits of consuming one drink a day, but it was not designed to be able to detect the negative consequences of moderate alcohol use, such as increases in breast cancer. Many in the alcohol research community wondered what the recommendations from this study would be, since there are so many well-established problems with drinking even at moderate levels that likely outweigh any potential benefits.

The study was recently canceled for a number of reasons, including inappropriate engagement between staff at the National Institute for Alcohol Abuse and Alcoholism (NIAAA) with both the study researchers and industry partners and the subsequent removal of funding from the alcohol industry. The now canceled study on the benefits of moderate drinking reminds us that it is important to remember all the physical and social consequences of alcohol consumption.

What we do know: Impacts of alcohol on our health and well-being

Alcohol is the third leading cause of premature mortality in the United States, with an estimated 88,000 attributable deaths per year (10 percent of all deaths among working-age adults). Alcohol use disorder lifetime prevalence is 29.1 percent, with 13.9 percent of adults experiencing a past-year alcohol use disorder.

Alcohol use, even at low levels, is linked to a number of cancers, including breast, colorectal, liver and esophagus. Alcohol causes a number of serious harms to others, many of them violence-related.

A large proportion of all violent activities in the United States are associated with alcohol. These include increased risk of child maltreatment—primarily physical abuse, intimate partner violence (with an estimated 6 to 57 percent of all cases involving drinking), sexual assault, assaults and gun violence. While the rates of drinking after driving have fallen in the past two decades, it is still estimated that there were 178,795 alcohol-related motor vehicle fatalities between 2000 and 2015. Furthermore, the level of alcohol consumption considered “safe” has likely been overestimated for the majority of drinkers, with risks for a range of these outcomes associated with levels as low as three drinks a week and risks for many acute problems most common occasions consuming three drinks.

In addition, the impact of alcohol is not felt equally by all: The most vulnerable among us suffer the greatest consequences. In the U.S., African-American and Hispanic drinkers experience a greater number of social consequences of drinking, such as arguments or fights, accidents, and workplace, legal, and health problems, than white Americans, particularly among groups of low-level drinkers. While we still do not fully understand the reasons for these disparities, they may be partially due to racial or ethnic stigma and stress, the unique social and environmental contexts of minority populations, or decreased access to treatment and related support services. Sexual and gender minority adolescents start drinking at younger ages and continue to binge drink more frequently as adults. These differences in alcohol-related problems at the same level of alcohol consumption contribute to disparities in many other health outcomes for these populations.

There are a number of things we can do to reduce the burden of alcohol through public policy. The most effective policies include alcohol excise taxes, restrictions on the number of stores that sell alcohol, and restrictions on hours of sale. A more restrictive alcohol policy environment is associated with fewer alcohol-related homicides, motor vehicle crash fatalities, and consumption by underage drinkers. Raising the minimum drinking age has been shown time and again to be an effective way to curb alcohol-related mortality and morbidity. While the alcohol industry often stands against many of these policies and regulations, these policies are relatively easy to implement. Also, they have been shown to be effective to reduce the negative consequences of alcohol use in the United States.

Alcohol plays a pivotal role in American culture, but it is important to remember that there are more alcohol-attributable deaths and a myriad of physical and social problems related to drinking, even at low levels, than any other substance. Even if moderate alcohol consumption is linked to a slight reduction in cardiovascular disease—a question that remains open—the myriad of other consequences of drinking make it unwise to recommend alcohol as a path to better health and well-being.

Christina Mair is an assistant professor of Behavioral and Community Health Sciences at the University of Pittsburgh. This article was originally featured on The Conversation.