These vintage NASA drawings show phases of a lunar mission that we've never seen in photographs. 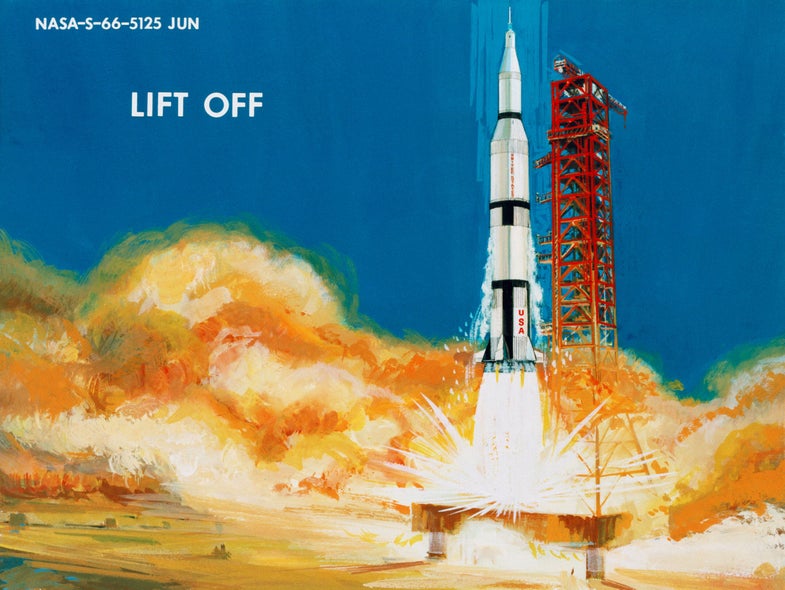 The first S-IC stage of the Saturn V (here showing the early 500-F paint scheme) ignites and the rocket lifts off just after the countdown clock hits zero. NASA
SHARE

In the 1960s, NASA created concept art showing every phase of an Apollo mission. The timing of mission events varied from flight to flight, particularly since later missions spent more time exploring the Moon’s surface. For a sense of just how much longer the later missions were, Apollo 11 splashed down 195 hours and 18 minutes after launch, while Apollo 17 was longer by half; the spacecraft splashed down 301 hours and 51 minutes after leaving the Earth. But following along with the time of Apollo 11 mission events works for putting these beautiful images into context.

You can download hi-res versions of these vintage images from NASA. And for anyone interested, the full timeline on Apollo 11’s mission is here and Apollo 17’s is here.

Update on February 15, 2016: After I posted this on Facebook, one of my followers, Jim O’Kane, commented that he animated these images a few years ago. It’s pretty incredibly gorgeous, so I thought I’d share it!