What Five Seasons Of ‘Brain Games’ Taught Us About Our Brains

We spoke to Jason Silva, host of the National Geographic show 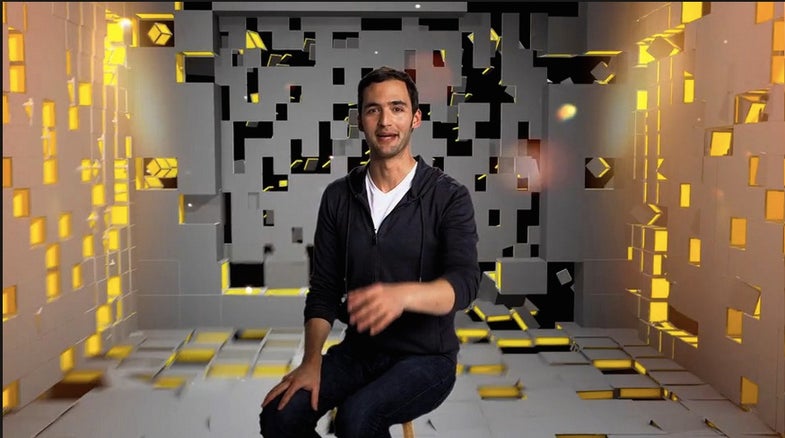 Jason Silva has hosted National Geographic’s Brain Games for the past five years, and the show, which is an eclectic blend of pop science through the exploration of commonly held beliefs, has had quite a few memorable episodes since debuting in 2011. “There is a recurring theme that no matter what aspect of the brain is perceiving the world,” Silva tells Popular Science. “The schematic of reality is not a reflection of how reality actually is.”

Silva took us through some of the highlights of this most recent season, the fifth, which celebrates its finale — an episode on survival — this Sunday night at 9 PM.

What was different about this iteration of Brain Games?

This season we got more esoteric. We had an episode on seven deadly sins — brains that are behaving badly in New Orleans, like lust, and what going on in a brain experiencing each of those sins. We also had a “neuroscience of religious experience” episode. The finale is all about survival, which was very interesting stuff: how stress impacts performance with flight-or-fight mode. We had an ex-Navy Seal who took the episode’s participants to Colorado, and we strapped them into a chair that then gets thrown over a cliff. We attached it to a bungee-cord-like wire, and we threw them overboard, but before we did that, we had them solve a series of puzzles that we repeated after they had been through the exercise. Solving a puzzle is different from killing a predator, and it was a cool way of witnessing how to mess with people’s cognitive capacity.

Our conclusion was that these are ideas we label as sins as a way of keeping people in line because too much of anything can result in a problem. A little wrath might be good at getting you off your ass, but it can make you violent. Too much lust might make you stray from a committed relationship. One experiment we did with lust was based on the assumption that lust is a visual thing. A girl or guy is physically beautiful and attractive, but in this case, we had these girls pick some shirtless guys out of a lineup and pick out the most attractive visuals. We then gave those shirts to the girls without telling which shirt belonged to each guy, and sniff to find out which shirt they were most attracted to. It didn’t correspond. The sense of smell tends to be more powerful than we realized for sexual chemistry.

The brain is the most complex thing in the universe.

What have you learned about the brain in your time hosting the show?

We color our reality with preconceptions and stereotypes. We essentially see what we want to see and expect to see. Our brain receives info from world and our senses, and can only process so much of that data before it begins to just fill in the blanks. Our brain is a pattern machine. Most of the time it is accurate enough that we avoid bumping into things. But this is an effective way for our brains to conserve energy, but I’ve also learned this is the brain showing you how easy it is to trick you just by leveraging cognitive gaps that we have.

After doing hosting this show for so long, do you have any takeaways?

The brain is sublime in complexity. It is still the most complex thing in the universe. It is a self-aware machine that has achieved the impossible. Through Brain Games, we’ve shown the brain is really gullible and limited, and there is a humility in that—just knowing that the brain is so sublime and so limited is both humbling and awe-inspiring. We are in a unique position in the cosmos.