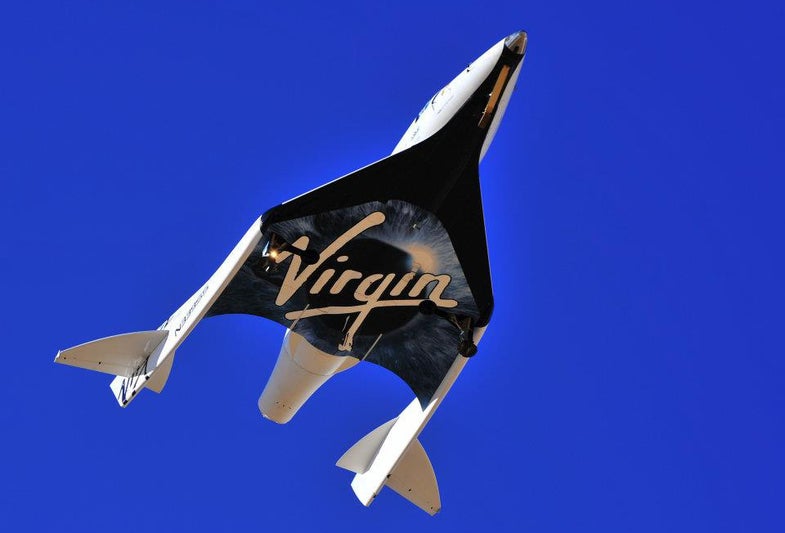 It has been a grim couple of weeks for private spaceflight. After the tragic loss of Virgin Galactic’s SpaceshipTwo and the explosion of an Orbital Sciences rocket, Americans are questioning whether it’s a good idea to let private companies send people into space.

NASA has been launching astronauts into low Earth orbit for over fifty years, so the technology is mature and we clearly know how to do it. Letting private companies do the job is the next logical step. The question is, can the risks be adequately controlled? And can private human spaceflight be jumpstarted and maintained at a profit? I think that the answer to both of these questions is “yes” — using tested hardware and an honest communication of risk.

At NASA, we were extensively trained on all contingency and emergency scenarios, and we were well aware of the “black zones” where, realistically, there was not much we could do if something went wrong.

Moving forward, companies need to make sure customers understand the risks of spaceflight. Potential passengers will need to give their informed consent, not unlike agreeing to participate in a new drug trial. This means they’ll need to understand the sequence of events that will take place during their trip to space, and the associated risks at each point. They’ll also need to be trained on personal safety and emergency equipment.

Of course, safety will have to be ensured as much as practically possible. New vehicles always need to be thoroughly tested, be they spacecraft or military fighter aircraft. Certainly the Federal Aviation Administration, which is already involved in commercial space development, will regulate the industry and evaluate vehicles. And if NASA astronauts will be involved, the agency would also help to ensure safety.

But mishaps like the recent ones are unfortunately a part of the process. During this early development phase, risks are unavoidably elevated, and sometimes there will be accidents and loss of life. The right steps are being followed. The accident review boards will find root causes, and the lessons learned will help build more robust vehicles in the future.

There are many reasons why we should support the commercialization of human spaceflight. First, commercial operations in any industry have generally been more efficient and less expensive than government ones. Second, commercial factors can drive innovation, so the state-of-the-art will likely move forward at a faster pace.

Mishaps like the recent ones are unfortunately a part of the process.

I dreamed about flying in space after watching the Apollo 11 Moon landing as an eight-year-old boy. What a thrill it was to be accepted by NASA over twenty years later, and to begin preparing for spaceflight. Four years later, it was time to fly! I was well aware of the risks, but I also had great confidence in the vehicle, my training, the processes, and the people who prepared the vehicle. I was excited and enthusiastic. There was never a moment where I considered turning back. The thing I feared most was that doctors would discover I had some kind of disqualifying medical condition, or that I would get into a bad car accident in the days leading up to the flight.

We were suited and strapped into the vehicle about two and a half hours before launch, and throughout most of the countdown, we didn’t have too much to do. It was one of the only quiet times we had had since beginning to train for the mission. I could feel the shuttle, as if she were alive. I felt a part of her and was not nervous. Excited, yes, but not nervous or scared.

People always want to know what I felt and thought about at the moment of my first liftoff. It is always a big surprise to them when I answer “relief.” The big worry was not getting a chance to go. On the shuttle stack, once the solid rocket boosters were lit, there was no turning them off. You were going to get your ride.

Leroy Chiao served as a NASA astronaut from 1990-2005. During his 15-year career, he flew four missions into space, three times on Space Shuttles and once as the copilot of a Russian Soyuz spacecraft to the International Space Station. On that flight, he served as the commander of Expedition 10, a six and a half month mission. Dr. Chiao has performed six spacewalks, in both US and Russian spacesuits, and has logged nearly 230 days in space. 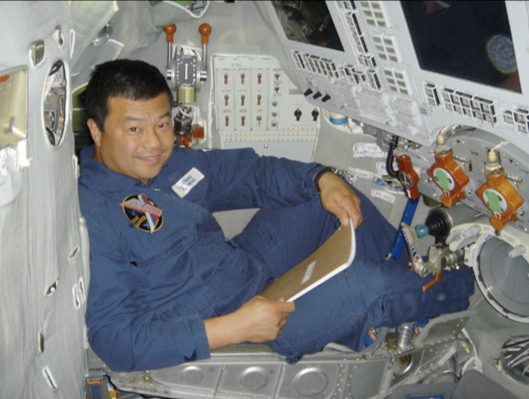 Leroy On The ISS