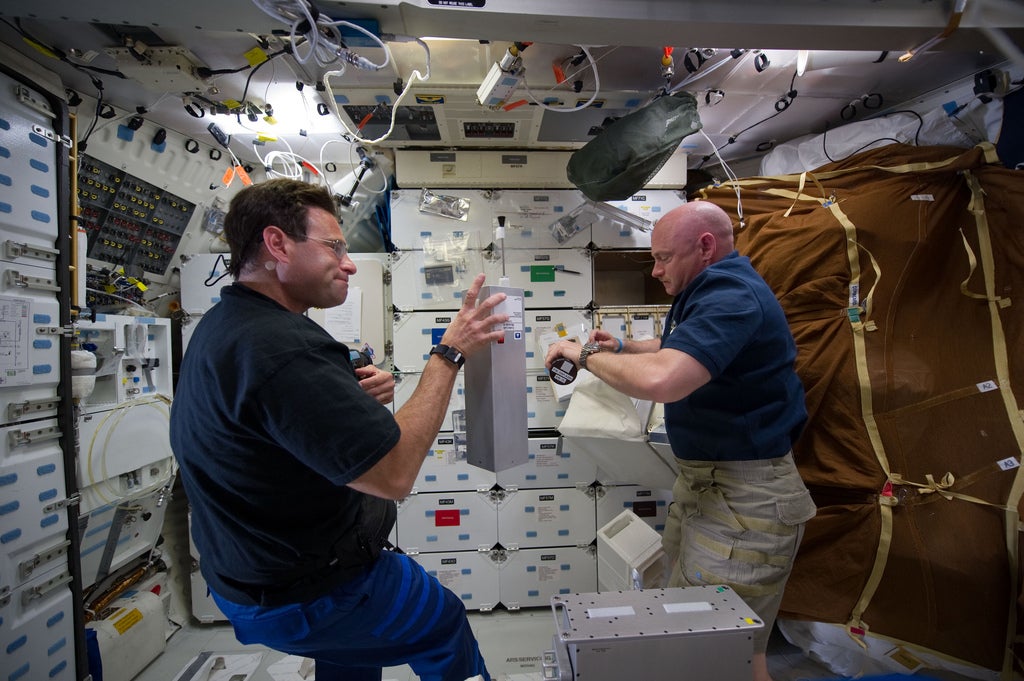 The private space industry is holding its breath for later this month when SpaceX’s Falcon 9 rocket will lift off en route to the International Space Station. It will be a milestone for commercial spaceflight — no more will Americans have to rely solely on Russia or other international partners to get stuff into space. It will also enable an entire private space ecosystem, one in which private companies design and build experiments, send them to space and gather data, all with minimal astronaut help. A small company called Nanoracks, which made headlines lately for its plans to send components of Ardbeg single-malt whisky to the ISS, will be the first commercial cargo to fly on SpaceX’s Dragon capsule.

As startups go, the company is not terribly unusual — it’s self-funded, it’s helmed by energetic and feisty leaders, and it’s filling a small but lucrative niche. But this is space exploration we’re talking about, and that makes Nanoracks a bit different. The company started with a goal to avoid working with government funds, a rarity in space exploration, according to the company’s managing director, Jeffrey Manber.

“With that money comes problems. They look over your shoulder, they design everything, they tell you what to do,” he said. “We didn’t want to do that. We wanted to create a company that would have low prices, reach out to the public, and increase the number of people who use the space station.”

Manber has done it before, as CEO of a company called MirCorp, which leased the former Russian space station Mir. Nanoracks signed an agreement with NASA in September 2009 and now sends small experiments to the space station, on behalf of anything from private companies like Ardbeg to entire school districts and their eager students. The company’s motto, “Space 4 Everyone,” encompasses what Manber and his colleagues want to do with the space industry — a modular approach with plug-and-play components that can be easily and cheaply customized and mass-produced.

“Up to now, space hardware has been like a pocket watch. It’s beautiful craftsmanship, done well. And we’re trying to Walmart the business,” he said. “We’re saying, look, here’s a box. … There are companies now creating circuit boards that fit inside Nanolabs. We’re starting an entire private-sector ecosystem in low-Earth orbit.”

In anticipation of SpaceX’s historic launch — and the prospect of space scotch whisky — PopSci talked to Manber about Nanoracks’ business plan and future goals.

PopSci: How does a Nanolab work?
Jeffrey Manber: You can do a lot of good science and a lot of good education in a Nanolab. They are four inches cubed, and we put a USB port in it, so we call it the ultimate plug and play. You design something in a Nanolab, it goes up in a standard camera bag, goes to the station, an astronaut takes it out, and just attaches it with a USB port to our platform. The platform holds 16 Nanolabs. That’s plugged into the power of the station, and the data flows down to the customer.

We say we’re the world’s first commercial lab in space. We don’t seek profit from the hardware; we seek to profit from the utilization. The big boys make their money from building things. Nobody really shows a good revenue stream from customer utilization, and that’s what we’re looking to change.

“We’re trying to Walmart the business of space”
PS: What have you sent up, aside from some scotch components?
JM: We have flown about 20 payloads, and we have over 60 payloads under contract. We’ve flown 27 school districts, with our educational partners at the National Center for Earth and Space Science Education. We have 11 more school districts flying in the next few months. This is all with no NASA funding — school districts are coming up with the funds. We’ve flown an experiment for the Fisher Institute for Air and Space Strategic Studies of Israel, we did a stem cell experiment for an organization in Romania. We are the first commercial cargo on the SpaceX launch on May 7.

PS: A few weeks ago, NASA awarded Nanoracks a contract to build a commercial research platform on the exterior of the ISS. What’s that for?
JM: The External Platform Program is a $1.5 million contract for a four-Nanolab setup. Nanoracks and Astrium are coming up with the money. NASA is providing hardware to us that was in a warehouse, and some services.

The market for that is for sensors, earth observation, testing of advanced satellite components. So that’s an entirely different market. We also got a contract with Virgin Galactic a few months ago to build their research rack, and we’re building that now. For the first time, you’ll be able to start very inexpensively and quickly, on SpaceShipTwo, build a lab, fly it at suborbital altitudes, and then if you want you can put it on the ISS next.

What this is showing is the proper relationship that can and should exist between NASA and a company. NASA is our landlord. It’s our regulator — all payloads have to pass NASA safety checks. And it’s sometimes our customer — they have purchased 7 Nanolabs. They’re a customer, a regulator, but not a competitor. For too long, NASA was a competitor to the private sector. We are proof that NASA is evolving.

PS: What’s your price list? Can I send something up?
JM: It’s like buying a car — there’s a sticker price and there’s little add-ons. If you’re a student, a single Nanolab will cost $30,000. That gets you everything — the ride up, 30 days on the station, power, data, astronaut installing it in the platform, and a little bit of our help. It could cost more if you want air conditioning and other options. If you want payload return, we might charge more.

The basic commercial price is $60,000. Some companies do it with two or four together, which will run $250,000. Those prices are just unheard of for the space station. And we’re very proud of this: We’re averaging nine months from when the payload applies, to when we fly.

We honor the image of a U.S. national lab, so we don’t do coffee mugs or souvenirs. But you could come to us and say, ‘I want to study earthworms, or I want to grow plants, or test radiation.’ We could walk you through that, or your science teacher could, and we would give you insight in to how it gets through safety review. Within a year, you may pay us $30,000-$40,000, and it may cost you $5,000 or $10,000. You’d have a project that students absolutely will remember for the rest of their lives. And not only is it real science, but it happens in their attention spans. With the shuttle program, projects would take six or seven years. This changes everything.

PS: So how did Ardbeg get involved?
JM: Our chief financial officer is a scotch lover, and knew somebody associated with Ardbeg. We began talking to them about doing an experiment to see how these terpenes work in space. The key is that things must be done for education on a U.S. national lab. The company had to learn this was not simply a commercial project, but it was for education. Terpenes have never been studied in zero gravity, so that works. At the root of it, it’s an interesting educational process. In two years, we’ll bring down their mixtures that are up there, and see if the processes that took place are different in space. We may learn things about terpenes we did not otherwise know, and that has applications for not just beverages, but cosmetics, perfumes, etc. In five years, you may be drinking a soft drink with a fascinating new flavor that came out of the U.S. national lab.

We got some negative flak because it was for whisky, but there is no whisky on the station. I applaud NASA for understanding that this is an interesting experiment. After this, we were contacted by a flavoring company asking, what can you do in zero gravity? For instance, oil and vinegar in a salad dressing doesn’t mix on the ground. In space, it mixes. So what other compounds we use on the Earth, in food or in manufacturing, etc., may be created in space? It’s a serious effort.

PS: Has anything ever been rejected?
JM: We work on it from the beginning, and we’ll tell a company ‘don’t use this,’ or if you’re going to use plastic, use this plastic approved by NASA. Safety review goes through three levels. Nanoracks makes sure there’s nothing NASA will reject out of hand. At the second review, they will say, can you tweak this, or why are you using this. You come back for the third, and you show what’s been done and it gets accepted. Nothing has been rejected yet. Although we had huge problems with the iPhone. It was done because our customer, Odyssey Research, said we could use an iPhone because it has accelerometers, gyros and other sensors. NASA said they wanted to get it up quickly, but the batteries had to be certified. And you’re dealing with an iconic brand — that was a very difficult project.

PS: What else do you want to send up?
JM: We’re getting a lot of biological processes from students and commercial people, applications for cancer, stem cells, how materials interact. We’re getting some materials research, some botany projects, growing plants; projects about understanding the environment of space. There’s still a lot to learn 50 years into the space age.
But if NASA was to relax a little bit more, we would get also creative things like art. I want to unleash some of the artists. But so far, NASA is still a little reluctant on that.
Still, this is a precious new resource of the United States. We spent billions of dollars on this thing, and it’s open for business now.