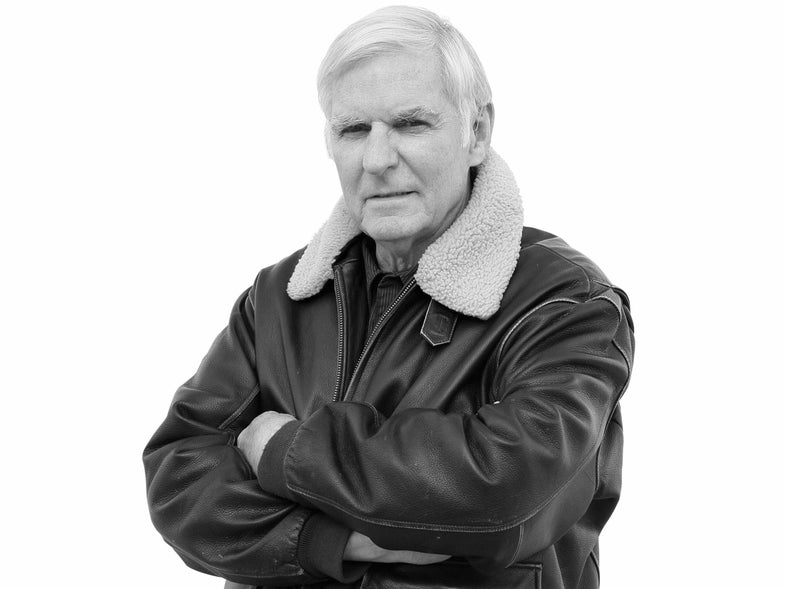 The Wright brothers aren’t the only siblings to push the limits of flight: In 1986, pilot Dick Rutan flew nonstop around the world, spending nine days in the air on a single tank of gas. He made the trip in a plane called Voyager, which his brother, Burt, designed. Today he’s still at the forefront of aviation, busy building a new hyper-efficient engine and reimagining what aircraft might be.

Burt and I were issued flight plans instead of birth certificates. When we flew Voyager nonstop around the world, we showed that you could build a light, strong plane out of carbon fiber that will last indefinitely. Now we’re at the dawn of learning how to fly into space—in planes. Burt designed SpaceShipOne, which won the Ansari X Prize. Its successor, Virgin Galactic’s SpaceShipTwo, is on track to send civilians into space.

Innovators like Richard Branson of Virgin Galactic and Elon Musk of SpaceX can get you and me to space. And they can do it more efficiently and reliably than the government. Yes, there are risks involved. They will have problems and challenges, just as people did when the development of airplanes ramped up in the 1920s. But my mom always told me that it’s not a crime to fail; it’s a crime not to try.

With a company called Engineered Propulsion Systems, I’m now trying to transform planes’ fuel flexibility and efficiency into something worthy of this century instead of the previous one. Our liquid-cooled cycle compression engines can run on any kind of fuel, from bacon grease to diesel to traditional jet fuel—a change that will revolutionize general aviation. The engines run beautifully smooth, with 35 percent better efficiency, and they’re incredibly quiet.

Disruptive noise is actually one thing that holds back commercial aviation. We have the ability to fly large planes faster than the speed of sound, but U.S. law restricts their flight, in part, because of the sonic booms they create. We can solve that problem by taking hypersonic travel out of the air altogether. My vision is that we build something along the lines of the hyperloop: a system of carbon-fiber vacuum tubes. Inside, capsules can accelerate to, say, 10 times the speed of sound. Because they slide through an airless vacuum, there’s no sound—and no sonic booms. You could go silently from Los Angeles to Tokyo in half an hour. It’s doable right now. It just takes some vision.

This article was originally published in the October 2015 issue of Popular Science, under the title “Dick Rutan on the Future of Flying.”