The hidden channels are nearly as tall as the Eiffel Tower. 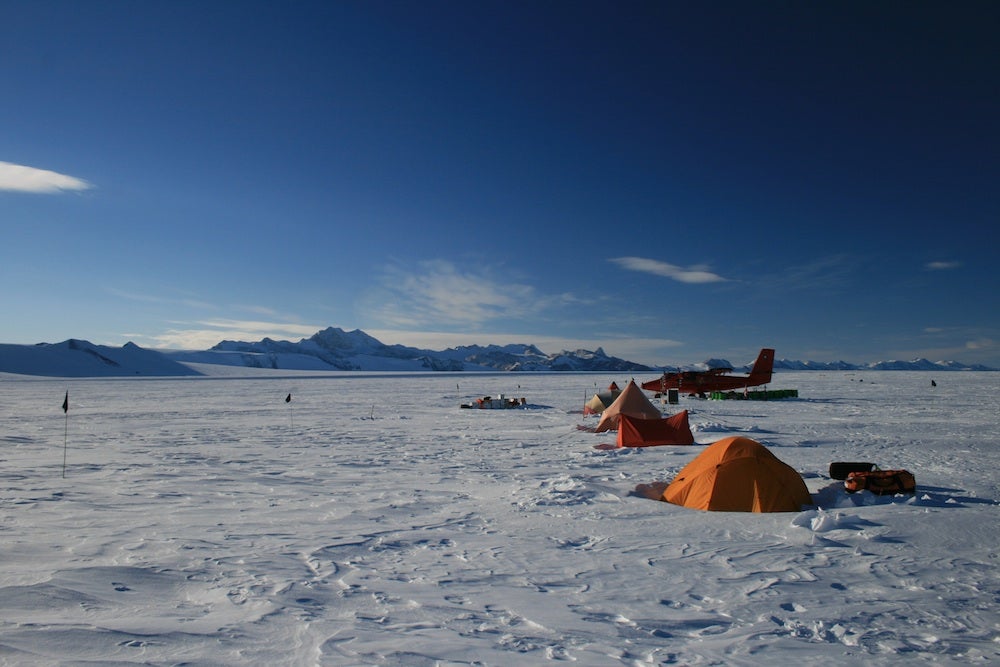 This is the camp from which scientists discovered 820-foot-high channels underneath an ice shelf—a piece of ice jutting out into the ocean from land—in Antarctica. The tunnels are nearly as high as the Eiffel tower.

Researchers from several universities in the U.K. and the British Antarctic Survey flew a plane over the Flichner-Ronne Ice Shelf in West Antarctica. (You can see the plane, a Twin Otter, parked at camp above.) Radar from the plane, as well as satellite photos, revealed that surface features on the ice corresponded to tunnels at the bottom of the ice.

The British team will now use its newfound knowledge of the under-ice tunnels to predict how exactly that ice shelf will melt in response to climate change. The researchers published a paper about their work in the journal Nature Geoscience. 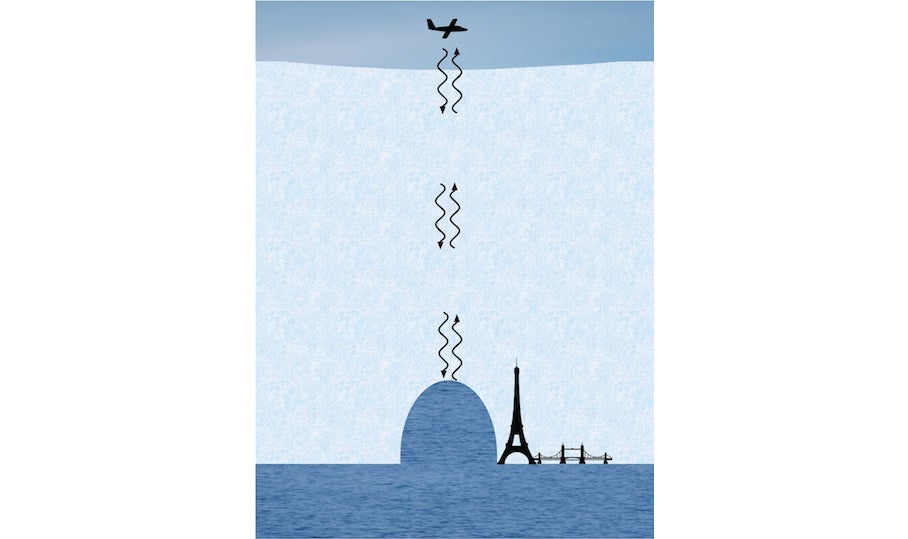 This illustration shows the survey plane getting measurements of the height of a channel underneath the Flichner-Ronne Ice Shelf. It also shows the channel’s size compared to the Eiffel Tower and to the Tower Bridge in London.
Climate Change
Global Warming
antarctica