Smoke From Wildfires Could Intensify Tornadoes

Looking back at the deadly twisters of 2011, researchers have an idea why they were so brutal 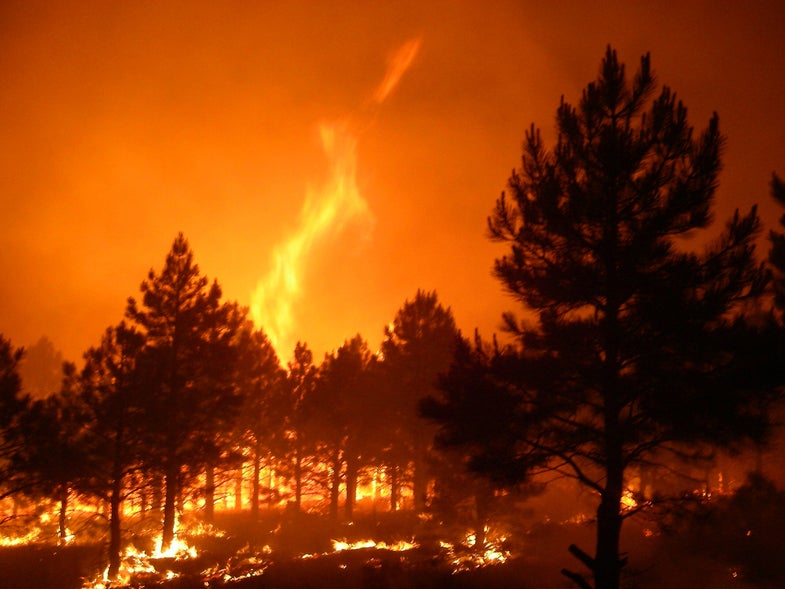 The tornadoes that struck the eastern United States on April 27, 2011 were historic in their ferocity. Back in 2012, the Washington Post reported that 208 twisters claimed a total of 316 lives and left an estimated $11 billion in damages. Twenty-one states were hit with tornadoes from April 25 through 28, including Mississippi, Tennessee, Georgia and, of course, Alabama, the state that bore the brunt of the storm.

The huge storm system was going to be a doozy no matter what, but a new study published in Geophysical Research Letters found that the intensity of the tornadoes in that particular storm were likely kicked up a notch by the addition of a special ingredient: smoke.

At the same time the storm was making its way towards its final destination, fires were burning in Central America. The smoke from those fires travelled northward, where they mingled with the storm. Though we might think of smoke as billowing in clouds, once it’s in the atmosphere, smoke behaves like an aerosol–small particles suspended in the air. Those particles can reflect or absorb sunlight and also adjust the size of the tiny droplets of water that make up clouds. While tornadoes (red lines) ripped through the southeastern United States, fires in Central America (yellow x’s) sent smoke up into the atmosphere. In the air, the smoke was carried north where it inteacted with the storm–here you can see the concentrations of smoke in the atmosphere from high levels (red) to low levels (purple) with green somewhere in between the two.

“Those two conditions have been found to lead to a higher likelihood of tornadoes occurring and with a higher intensity,” Pablo Saide, a post-doctoral researcher at the University of Iowa and author of the study, tells Popular Science. Saide and his fellow authors looked at computer models that simulated the weather, the movement of the aerosols (smoke, in this case) and the interaction between the two. By comparing the model without the added smoke to the model with the smoke, the scientists were able to draw the conclusion that the traveling particles from Central America did, in fact, make this particular storm more intense.

“These results are of great importance, as it is the first study to show smoke influence on tornado severity in a real case scenario. Also, severe weather prediction centers do not include atmospheric particles and their effects in their models, and we show that they should at least consider it,” Professor Gregory Carmichael said in a press release.

Now, there’s no need to adopt the motto, ‘where there’s smoke there’s tornadoes!’ At least, not yet. But with climate change causing an increase in wildfires, and plenty of other aerosols clogging the air, documenting the interaction between smoke and storms is important. Saide says that in the future, the researchers plan to use the model to look at other storm systems and see if smoke from nearby fires has any role in their intensity.