Is DEET Safe To Use?

Yet another review of the science answers: Yes. 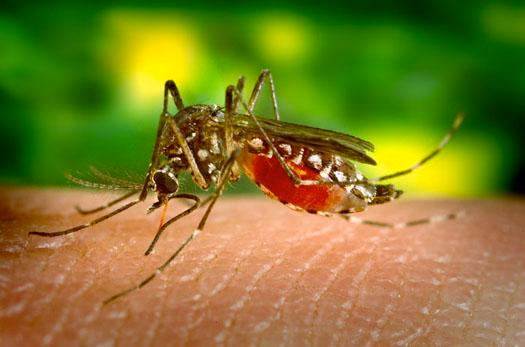 DEET is a popular insect repellent—an estimated 30 percent of Americans use it every year—yet it sounds like a good number of people are wary of it, too. A Google search of “DEET dangers” found a Mercola article saying DEET kills mosquitoes, although it doesn’t (Perhaps they’ve confused DEET with DDT?). A site called FitSugar says “DEET pumps through your nervous system and has been proven to kill brain cells,” neither of which is true. Weird! Guess DEET does really suffer from a “perception problem,” as the Los Angeles Times reported in 2011.

Now, recent review of DEET’s effects on human health has found the insect repellent is safe to use on the skin. The review is one of several that researchers have done over the past 20 years, all finding that DEET is generally safe. In fact, there’s no direct evidence using DEET normally harms the nervous system. Bad reactions to DEET, when applied to the skin in bug sprays, are extremely rare, but not non-existent.

Why use DEET if there’s any risk of health problems at all? The chemical is the best insect repellent people have ever invented. Nothing else has the same history of efficacy, although a few others have strong evidence for them, too. Still, in regions where people are at risk for serious insect-borne diseases such as malaria or West Nile virus, DEET is what doctors recommend. In addition, doctors recommend using DEET in concentrations between 20 percent and 50 percent. The idea is that lower concentrations require people to reapply more frequently than they’re apt to (while concentrations higher than 50 percent don’t necessarily work better or longer). This means if you want DEET protection, you’ll have to resign yourself to using pretty high concentrations of the stuff.

Let’s start with the evidence for neurological problems from DEET, which FitSugar was so afraid of. In the scientific literature—in all of scientific literature since 1957, when DEET first appeared on store shelves—researchers have reported 14 cases of kids who suffered encephalopathy, including seizures, after using DEET on their skin. All but one were kids under age 8. Three children died. The others recovered fully. In each of the cases, it was difficult to determine whether DEET caused the brain symptoms. Such data are just hard to come by; the kids could have been exposed to other things, but it could have been the DEET, too.

DEET is the best insect repellent humans have ever invented.

More straightforward is one study researchers conducted, following women in Thailand who used DEET from their second trimester of pregnancy onward. DEET reduced the incidences of malaria the women suffered, the study found. In addition, babies born to moms who used DEET didn’t differ from babies born to moms who didn’t use DEET. Babies in the two groups had the same weights and lengths and had the same head circumferences. All the babies also performed the same in neurological tests.

The U.S. Agency for Toxic Substances and Disease Registry has a page of reports in the U.S. of health problems in people after using DEET. Among the cases are two deaths in adults and three cases in which pregnant women who used large amounts of DEET gave birth to babies with problems. One baby died. As with the kids with encephalopathy, in the nearly all of the ATSDR-reported cases, it’s difficult to know if DEET was the culprit. Compared to how often people use DEET around the world, those cases are very rare. Researchers estimate people around the world put on DEET 200 million times a year.

These figures are all for people who use DEET on their skin. Doctors definitely don’t recommend ingesting a lot of DEET or getting it in your eyes. Don’t leave bug sprays in a place where a kid could do either by accident. MedlinePlus lists symptoms of DEET ingestion, plus recommendations for what to do if someone does consume a lot of DEET or get it in his eyes.

We’ll leave you with what’s perhaps science’s strangest report of DEET-related problems. From the Agency for Toxic Substances and Disease Registry: