The autonomy company is developing a vehicle with Geely that may someday have no steering wheel or pedals. 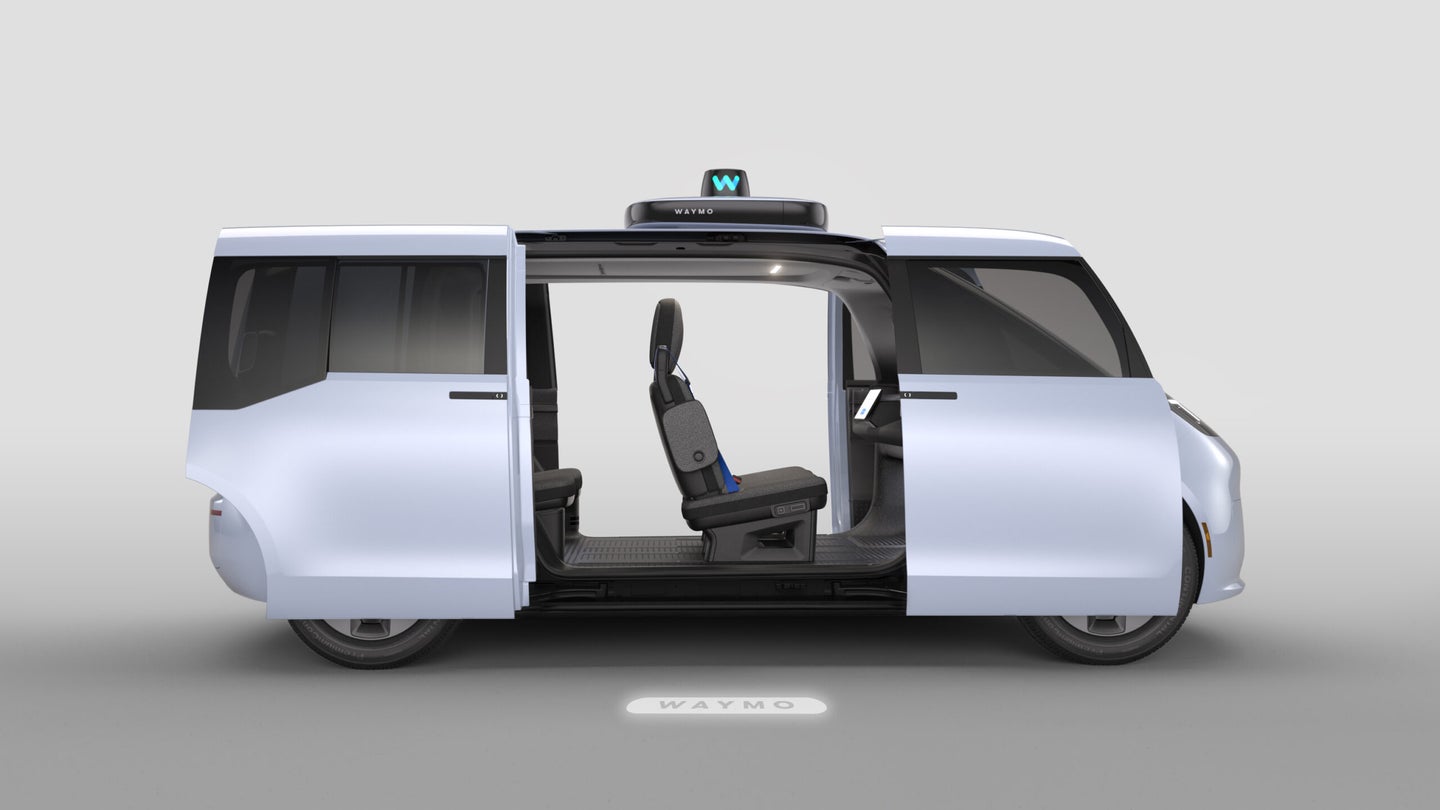 In the future, the vehicle you summon through a ride-hailing service could be electric, self-driving, or both. Last week, Waymo, the self-driving car company from Google’s parent, Alphabet, announced that the new vehicles it’s developing with a Chinese automaker, Geely, will check both those boxes. The ride might eventually have no steering wheel or pedals at all, a concept for self-driving cars dating back to at least 2018.

The electric vehicle from Geely will be a “version” of a vehicle called Zeekr, Waymo said in a blog post, and will be created “specially for autonomous ride-hailing.” The floors will be flat, and as envisioned today, it will have bench seats facing forwards.

Waymo touts the amenities the cabin will hold, such as easily-reachable phone chargers and screens, and also looks towards a future where the most notable feature may be that which the car lacks, like a steering wheel. “The vehicles are currently configured with controls designed for human use that are required in the U.S.,” a Waymo spokesperson said via email. “That said, we’ve designed the interior of the vehicle to operate with different configurations, including without required human driving controls once regulations allow for this in the U.S. and elsewhere.”

Waymo already operates two different types of vehicles. The first are self-driving Chrysler Pacificas, which ply the streets in the Phoenix, Arizona area with no human behind the wheel as part of a public ride-hailing service called Waymo One. The second are electric Jaguar I-PACEs, which the company is using in a more limited way in San Francisco and have a safety driver sitting at the helm.

Waymo’s new vehicle concept in some ways mimics what other companies in the space have already announced. Zoox, a startup owned by Amazon, is working on a self-driving electric carriage-like vehicle in which passengers will sit facing each other. It will also be driverless and bi-directional. (Although their vehicles in places like Seattle right now are retrofitted Toyota Highlanders.) And Cruise, which is owned by General Motors, has revealed a design for the Origin, which is similar in concept to the planned Zoox vehicle. Compared with those visions, the new Geely vehicle currently appears to be more traditional, with its front-facing bench seats.

The partnership between Waymo and Geely is just one of several in the transportation space at the moment. Amazon, besides owning Zoox, has a relationship with Rivian, the buzzy automaker that created the R1T electric pickup truck and forthcoming R1S. And a British company called Arrival is working on an electric vehicle designed for Uber’s ride-hailing service as well, although it would not be self-driving. The two companies “are exploring a strategic relationship in key markets including the UK and EU,” an Uber spokesperson says via email.

Nick Nigro, the founder of Atlas Public Policy, a research firm that keeps tabs on the EV space, points out that the nature of electric vehicles lends themselves to quick build times. “The pace in which you can design new vehicles is much quicker—you’ve got platforms that you can build lots of vehicle types on, with the skateboard concept,” he says. Because of that speed, and because of partnerships in the industry, he notes that it’s a transformative time in the field.

“These next few years are going to be the most exciting time for vehicle manufacturing in the last hundred,” Nigro adds. “What’s going to happen in this industry, as these new manufacturers try to achieve scale, is just going to drive so much money into transportation that it’s going to be an exciting ride for all these startups that are coming up.”

Waymo said in the blog item that their new Geely-made cars will be plying the roads in the “years to come.”