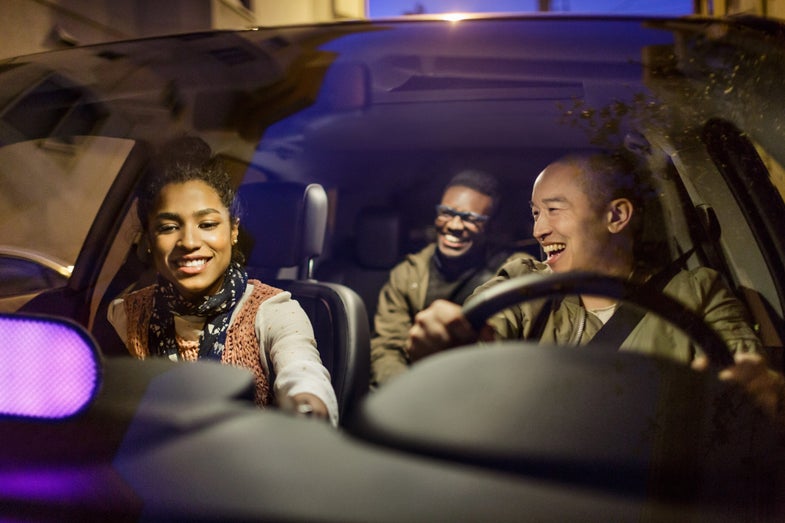 Last year, passengers took over 162 million rides with ride-hailing service Lyft, all of which were steered by human drivers. But in the near future, that may change. On Sunday, news broke that Lyft had struck a deal with Waymo, the Alphabet-owned self-driving car company. The deal dials up the competition between Uber and Lyft, experts say, setting up what could be an autonomous driving “battle royale.”

While there is little information available about the partnership, each company stands to get something valuable from the other, potentially making the concept of a ride-hailing service with a fleet of self-driving cars closer to a reality. That’s something that Uber, Lyft’s rival, has already been piloting.

The Lyft-Waymo deal has an “obvious synergy,” says David Ross Keith, an assistant professor of system dynamics at MIT and a former engineer with General Motors. That’s because Lyft has a robust user base (even if it’s a smaller player than Uber) and the technology to make the ride-on-demand system function. And Waymo, of course, has years of experience under its hood with self-driving vehicles.

“Bringing these two things together gets you a fair way towards what you would need to deliver a fully-functioning autonomous taxi service,” Keith says. (Autonomous cars are also at the center of a metaphorical car crash involving Waymo and Uber: they’re fighting a legal battle pertaining to “confidential files” and a former Waymo employee, Anthony Levandowski, who now works for Uber.)

Both Lyft and Waymo can bring tools to the table that the other appears not to have. Lyft hasn’t worked on autonomous vehicles yet solely on its own, although it has partnered with GM. And Waymo (formerly part of Google) has seemed to lack something, too. “It’s been generally accepted that Google hasn’t had a great go-to-market strategy around their autonomous technology,” he says.

If the two companies were to shift into a high gear with the deal, Keith speculates, it could make for an imposing player. “Uber has disrupted the taxi industry, but what would disrupt Uber, is someone who can put together this autonomous taxi fleet,” he says, “because then you cut out the need for the driver.” Accomplishing that would save a company like Lyft or Uber money.

The “secret sauce” that Lyft brings to the deal (and of course, what Uber also already has), says Stephen Zoepf, the executive director of the Center for Automotive Research at Stanford University, is the ability to model “transportation demand”—to know how much someone will pay to go what distance.

Uber has already been working on self-driving cars picking up passengers. An Uber spokesperson describes its pilot programs in Arizona and Pennsylvania as representing an initial but key step for the self-driving Uber program.

Lyft and Waymo decide to get in the carpool lane

Neither Lyft or Waymo divulged details of their deal.

“We can confirm that we are partnering with Waymo to safely and responsibly launch self-driving vehicle pilots,” Lyft said in a statement. “Waymo holds today’s best self-driving technology, and collaborating with them will accelerate our shared vision of improving lives with the world’s best transportation.”

And a Waymo spokesperson said in a statement that they are “looking forward to working with Lyft to explore new self-driving products that will make our roads safer and transportation more accessible. Lyft’s vision and commitment to improving the way cities move will help Waymo’s self-driving technology reach more people, in more places.”

Ultimately, self-driving technology is an “existential” issue for companies like Uber and Lyft, says Don MacKenzie, an assistant professor of civil and environmental engineering at the University of Washington and the head of their Sustainable Transportation Lab.

“If you can’t deliver a driverless ride, and your competitor can, you’re going to be toast,” MacKenzie says. “As this technology develops, and proves to be safe, the company that can do that is the company that’s going to own the ride-sourcing business.”