Navigates underground and in tunnels using a 3D point cloud 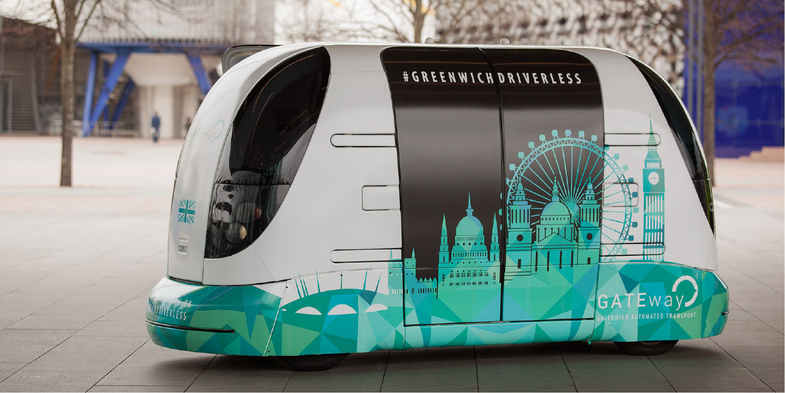 Oxbotica, a company spun off from the Oxford University Mobile Robotics Group in the United Kingdom, has developed software that allows driverless vehicles to get around–even when there’s no GPS to be found.

The software relies on a unit within the vehicle that has two stereo cameras that look a bit like Wall-E eyes and two laser scanners like stubby antennae. These gather data about the vehicle’s environment; the software then creates 3D point clouds to map everything around the vehicle.

The software, called Selenium, was designed to work with any vehicle’s sensors and safety systems. It can use the 3D maps it creates to perform tasks autonomously, like navigating and braking. One of the challenges for GPS-based autonomous cars is mapping in real time and in enough detail that the vehicle can react appropriately in its environment. The 3D point cloud created by Selenium is almost spooky in its detail, and it can color the image with information from the cameras. It’s also able to remove or ignore non-permanent features from a map, like parked cars that might not be on the street next time the autonomous car drives by.

While this sounds like the stuff of the future — and if you watch the video, it looks like it too — it’s being put into practice in 2016. The GATEway Project in London will use Selenium to control 8 autonomous, all-electric shuttles at Heathrow Airport. Oxbotica is also providing the cloud-based management software for the project, which will allow registered passengers to book a ride on the pod-shaped shuttles as well as allow the pods to find the best routes and communicate with other pods.

Oxbotica’s software will also be part of the UKAutodrive project in 2017, which puts as many as 40 self-driving low-power electric pods on the streets of Milton Keynes. They’ll be joined by a small fleet of regular passenger vehicles from Ford, Tata Motors, and Jaguar Land Rover made increasingly autonomous with the addition of Selenium on the roads of Milton Keynes and Coventry. Those vehicles will be driving at normal speeds along the M1 with everyone else. The passenger vehicles will only operate fully autonomously in “some controlled circumstances,” according to the project’s website. The pods, however, are designed to drive fully autonomously. The goal is to allow them, over the course of the three-year project, to drive without human help. Like, without anyone inside the vehicle. (Though someone will always monitor the pods, even if it’s remotely.)

Oxbotica’s website notes that not relying on GPS signals means the software can operate anywhere: in tunnels, underground, or inside vast warehouses. While we wait for our autonomous commuter cars to take to the streets, autonomous vehicles that work best in limited circumstances like these will probably be available first.