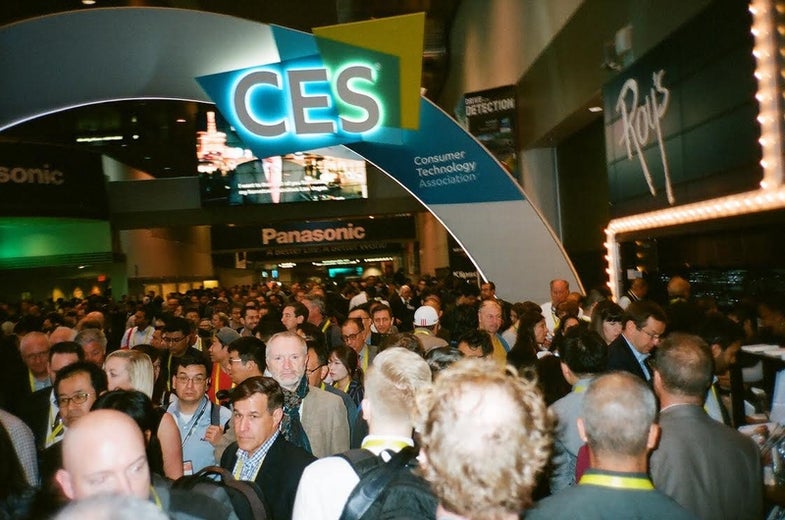 Every year, the Consumer Electronics Show—known simply as CES— hits the tech world like a tempest, flinging new gadgets and lofty promises throughout the industry. The fervor quickly fades, though, and we’re left to wonder which products will make it to market and what trends will fade away faster than a platter of free bagels in the press room at the convention center.

We’re now six months out from CES 2018, which makes this a great time to look back at the show and its new products to see what has happened since then. 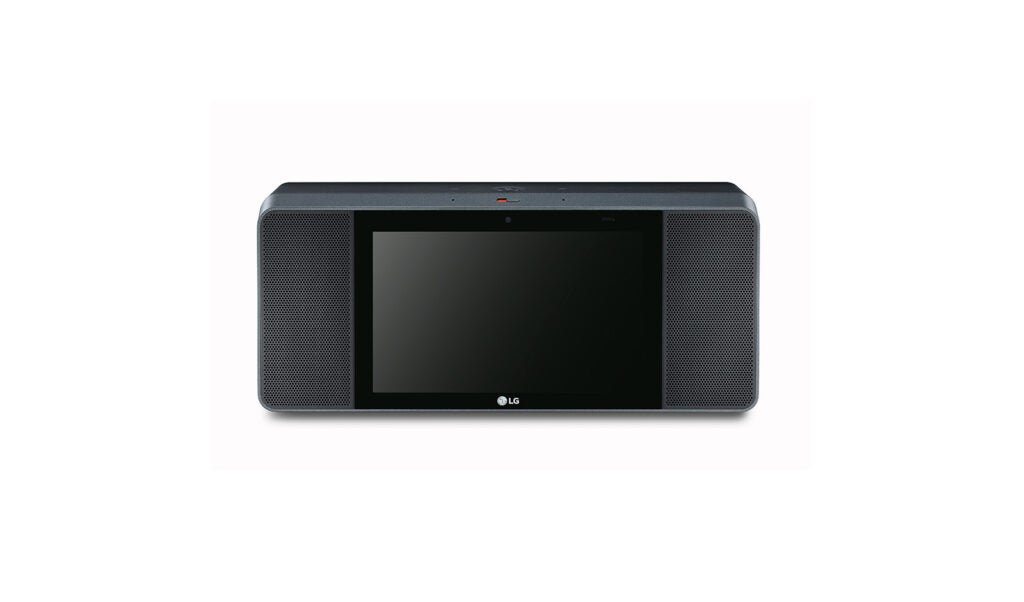 This $300 home hub has been available for pre-order for several months now, but it’s expected to start shipping this summer.

CES 2017 was a breakout year for Amazon’s Alexa digital assistant. The helpful, disembodied entity showed up in everything from speakers to appliances. The 2018 show proved a similar opportunity for the Google Assistant. One of the big promises on the Google Assistant front was a wave of “smart displays” from companies like JBL and LG, but those products are only just getting ready to trickle out here in July.

Smart screens have also busted out of their small frames a bit since CES 2018, too. Samsung announced a TV with “ambient mode,” which allows it to operate as a smart home hub when it’s off. It replaces a small, auxiliary screen by leveraging your main display when it’s not in use.

Of course, Alexa has continued to grow during this time as well, but we have also seen more and more gadgets that integrate a mixture of assistants. For instance, the new Sonos Beam soundbar, which debuted last month, works with Google Assistant, Alexa, and even Apple’s Siri. 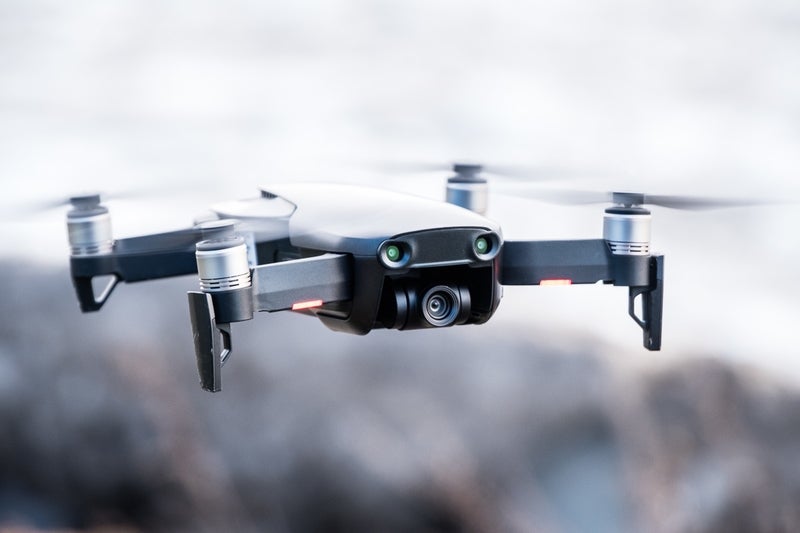 There were no new DJI flying machines at CES, but this little copter popped up just a few weeks later.

DJI is the 4 million pound gorilla in the consumer drone market, which made its lack of a new UAVs at CES conspicuous. Later in January, however, DJI announced its backpack-friendly Mavic Air drone, which added to its dominance in the $500-$1000 drone market, where it owns a market share of more than 70 percent. Lower-end companies like MJX and Syma that primarily deal in sub-$250 toy-style drones likely breathed a sigh of relief that the DJI juggernaut didn’t move into the true entry-level, where other companies survive.

The iPhone X debuted well before CES 2018, but we knew it was likely to cause some ripple effects across the smartphone industry. One question was whether or not other manufacturers would embrace the “notch,” which places the front-facing cameras within the boundaries of the phone’s screen, creating a small dead-zone in the display. Halfway through 2018, the notch is alive and well, finding its way into high-end phones like the LG G7, the OnePlus 6, the Huawei P20, and the Asus ZenFone 5. Android P, which Google announced back at its 2018 I/O conference, also has integrated functions to help developers accommodate those screen cutouts. Looks like the notch is sticking around.

There’s never a shortage of new TVs at CES, and 2018 was no different. When it comes to consumer displays, OLED is still well represented at the top, primarily thanks to its deep blacks and high contrast ratios. But, while OLED was still exotic technology as recently as the 2015 show, it’s relatively common now. Several manufacturers were touting their new processing tech, including the LG a9 chip and Sony’s X1 processor, both of which are built to handle UHD and HDR content.

Since CES 2018, the amount of content available in HDR and UHD has increased dramatically. The wave started back in 2017 with Netflix and other popular streaming services, but now it has become a normal occurrence, especially for original content designed for streaming.

In terms of the more concept-oriented displays, Samsung plans to start rolling out its massive and modular TV it calls “The Wall,” in just a few months. LG’s impressive roll-up OLED TV, however, is still without an official release date, if it ever comes to market at all.

We also saw 8K TV creeping into the mix, with its huge resolution and complete lack of content support from any major channel. While the trickle of 8K TVs is notable, it’s not likely to capture much market share at all for at least a few years.

We still don’t have robot butlers, even though companies are trying 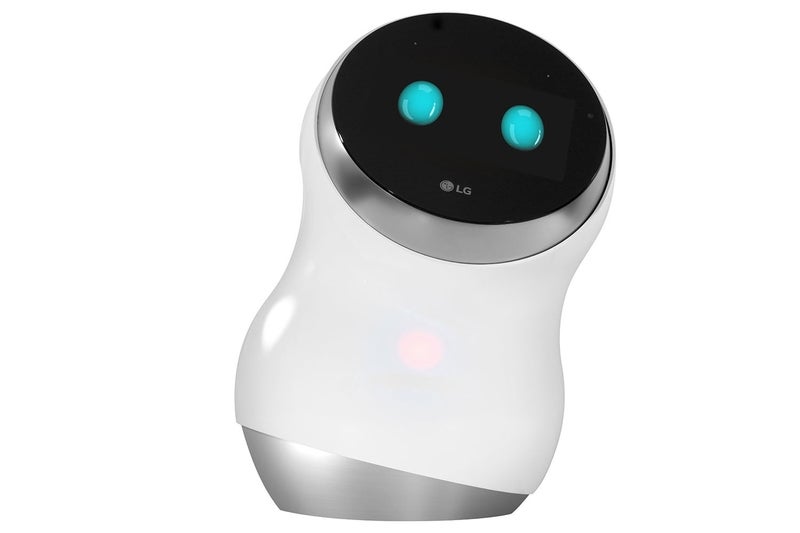 It’s like your appendix, adorable, but not very useful.

CES 2018 was full of robotic faces. From LG’s uncooperative CLOi Hub Robot that misbehaved during the press conference to the Aeolus robot that’s ready to serve you a beer, the march toward robotic servants continues, if slowly. Still, we’re frustratingly far from the Rosie, the Robot future The Jetsons promised us decades ago.

Samsung is sneaking its digital assistant into homes with connected appliances

In the past few weeks, Samsung has started bringing its digital assistant, Bixby, to the forefront of its marketing efforts. The voice assistant debuted in the Galaxy S8 smartphone as an answer to the Google Assistant or Siri, but now it’s making its voice heard in appliances like the $3,300 Family Hub fridge, which also has a 21.5-inch touchscreen. Samsung’s 2018 smart TV lineup also has Bixby built-in as an integrated feature. So, while we haven’t heard much from Bixby so far, it’s increasingly clear that Samsung sees it as a wayto keep people within its own gadget infrastructure.

Oculus Go still overshadowed most of the other VR headset

Facebook introduced its battery-powered, portable VR headset in the Fall before CES 2018 for release the following spring. And while there were lots of new headsets to see at the show, the Oculus loomed over them. The HTC Vive wireless VR headset is poised for release any time now, which is a big step for one of the major players in the space. The rest of the market is still relatively fragmented. Oculus, Sony, and HTC implemented price cuts on their equipment in the summer of 2017, which helped push the market closer to mainstream acceptance, but the future of omnipresent VR, or even AR headsets, still seems at least a few years away.

A fatal accident caused a setback for self-driving cars

Autonomous vehicles were a frequent topic of conversation at CES 2018. Toyota said it wanted its self-driving taxi fleet running by 2020 and GM said that its fleet of modified Bolt vehicles will take to the streets some time in 2019. In March of 2018, however, a fatal accident involving a self-driving Uber and a pedestrian sent shock waves through the industry and spurred Uber to put its autonomous vehicle program on hold.

Other companies, like Nvidia put their self-driving car programs on-hold, as well. Some, however, continued ahead as planned, like Google’s Waymo, which announced plans to buy 20,000 vehicles from Jaguar to get its self-driving taxi fleet up and running by 2020.