Will Self-Driving Cars Mean The End Of Highway Fatalities?

A new study says that 21,700 lives would be saved each year if 90 percent of U.S. vehicles were autonmous. 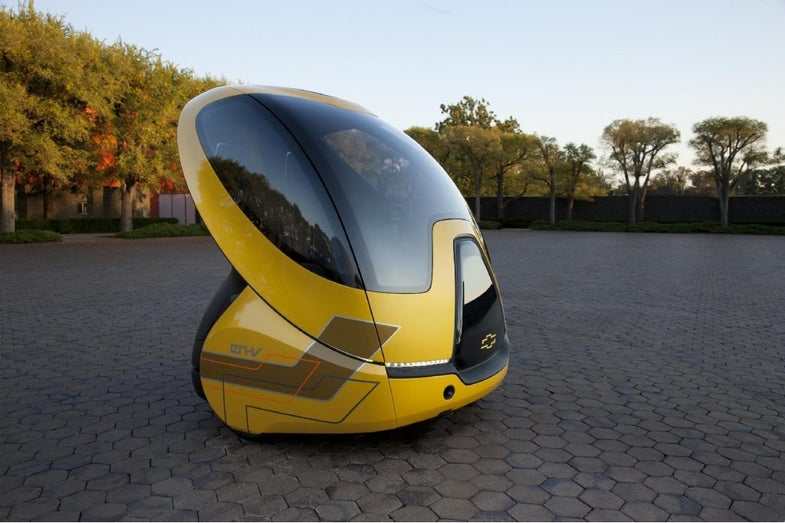 Autonomous cars are coming, slowly but surely. Over the past several years, automakers (and Google, of course) have unveiled an array of self-driving technologies, with some promising to deliver partially self-driving vehicles by the “mid-2010s”.

Questions about public acceptance and legal liabilities remain, but frankly, the biggest hurdle facing autonomous cars is the technology they depend on, which is still very expensive and, in some cases, rudimentary. That will change over time, as software and hardware improves, and as economies of scale make those things more affordable.

Also helping matters will be the deployment of vehicle-to-vehicle communication systems. Autonomous cars can function on their own, but creating a support network that allows cars to “talk” to one another will provide an exponential boost to autonomy and, ultimately, driver safety. For example, if one car detects a potential collision, it can use V2V to distribute a warning to other cars nearby, leveraging the power of one car’s sensors to maximum effect. In fact, V2V alone is projected to reduce highway fatalities by over 80 percent — and technically speaking, that’s without fully autonomous technologies in place.

Once the latter happens, drivers could be looking at a much brighter future — and the effects could be felt long before autonomous cars become ubiquitous. In fact, a new study from the Eno Center for Transportation suggests that if just 10 percent of vehicles on the road were autonomous, the U.S. could see 1,000 fewer highway fatalities and save about $38 billion in lost productivity due to congestion and other traffic problems.

When we reach the 90 percent adoption mark, up to 21,700 lives could be spared each year and a whopping $447 billion saved.

Those fatality figures assume that autonomous cars would prevent or minimize human error (including distracted and aggressive driving), which is responsible for 90 percent of today’s fatal collisions. Such vehicles would almost certainly prevent the 40 percent of U.S. accidents caused by intoxicated or drowsy drivers. The study says rather conservatively that autonomous vehicles would curb the number of roadway fatalities by at least 40 percent. We have a hunch the figure could be much higher, though it’s highly unlikely that autonomous cars will spell the end of traffic deaths altogether.

Of course, as with any new technology, autonomous cars have their share of detractors. Plenty of folks are worried about software glitches and hackers — the latter being particularly worrisome once vehicles become networked. (Despite alarmist news reports, that isn’t yet a problem.)

But there’s no doubt that autonomous cars are coming. Our goal should be to ensure that they’re as safe and secure as they’re meant to be — and if not fun to drive, at least fun to ride in.

More From The Car Connection