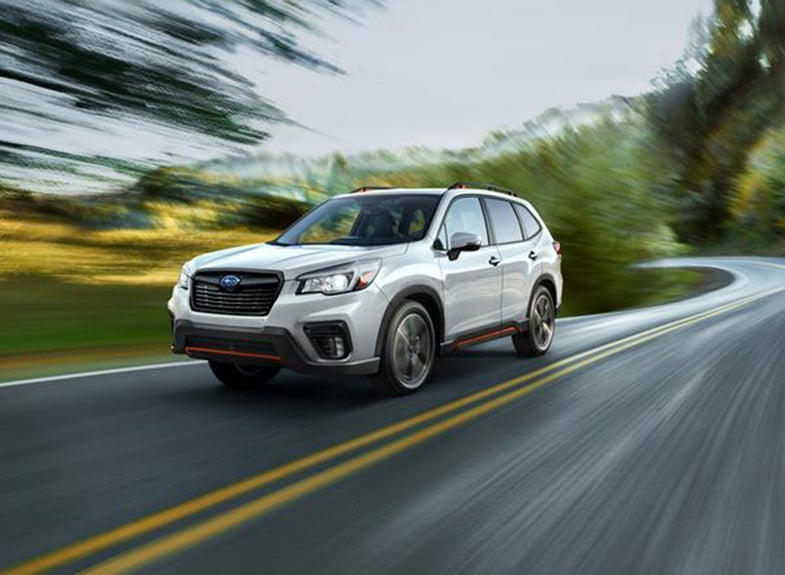 The New York International Auto Show isn’t the biggest car event of the year, but it often gives us a first chance to see new versions of some prominent and popular models. Scroll through to see what cars you’ll encounter on the road in the next year, then head over to our coverage of the Geneva show to see some more outlandish and concept vehicles.

Electric cars don’t really need grills like gas-powered vehicles, but the blank face of the Hyundai Kona is still a little strange to see. However, it promises 250 miles on a single charge, which more than makes up for any aesthetic hangups.

One of the grabbiest aspects of the new Nissan Altima sedan is the 8-inch “infotainment” screen in the dash. It works with both Android Auto and Apple CarPlay. Standard models include a suite of safety tech, including a driver alertness monitor that can tell when the pilot isn’t paying attention, or starts drifting off to sleep.

Crossovers—think of them as smaller SUVs or bigger station wagons—are the flavor of the year, and Cadillac is throwing its XT4 into the mix. It’s a smaller version of the XT5, and it’s not heavy on tech. It is, however, a nod to the fact that big, luxury sedans are out at the moment.

Toyota hasn’t blown up the RAV4 line, but it did add a new XSE hybrid version that uses a combination of gas and electric motors to make it the fastest edition in the series. It uses the latest version of Toyota’s Safety Sense tech, which includes driver assist tech such as pedestrian detection, dynamic cruise control, and Road Sign Assist, which can actually recognize signage as you drive.

The 2019 Forester gets Subaru’s EyeSight suite of driver-assist tech across the board. That includes pre-collision braking, as well as adaptive cruise control and other features designed to let robots help keep you on the road. There’s no turbo version in the lineup this year, though.

The original aviator only existed between the 2003 and 2005 model years, but luxury SUVs are extremely popular right now, so it’s making a comeback. This isn’t the final version, though it will be ready for production soon. It will use a smartphone app as its key when it happens.

Jag’s first all-electric car is a $70,000 machine that promises 240 miles on a single charge and a 0-60 miles-per-hour time of 4.5 seconds. The car is inching closer to availability and some first US test drives happened in the parking lot of the show.

Another luxury crossover on the show floor will be available in the United States as a subscription service in addition to the typical purchase and lease options. There aren’t a ton of details about the specific subscription model yet, but typically it involves a one-price bundle of insurance, maintenance, and actual mileage.