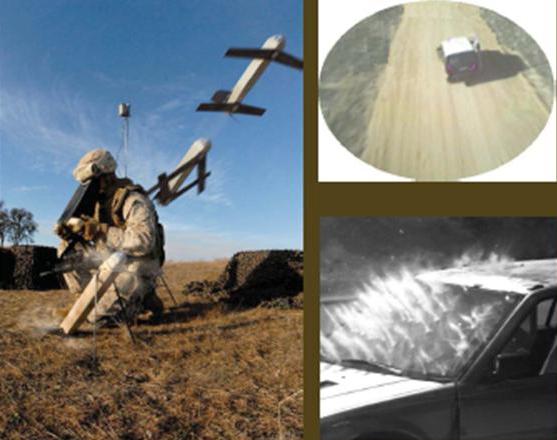 Missile strikes by Predators, Reapers, or other aerial drones usually result in messy explosions on the ground. Now the never-ending but perhaps futile quest to attain zero collateral damage may take another step forward, with a small micro-drone missile that can kill individual targets from afar. A new $1.18-million, Phase-III Air Force contract (Phase III is typically the final development phase) for the “Anubis” drone has been awarded to the firm Aerovironment, Aviation Week’s Ares Defense Blog reports.

A recent federal budget document references Anubis as a micro air vehicle that can track down “high-value maneuvering targets” — also known as wanted persons running for dear life. There is also mention of “non-line-of-sight” capability with “very low collateral damage,” so that someone could presumably launch Anubis from a hidden spot and let it home in on any unfortunate individual, with less risk than having a sniper do the job.

The documents also specifically mention that Anubis would also keep a human operator in the loop before firing off at any old target, so don’t worry about Terminator scenarios just yet. But the possibility of runaway drones may still rear its head.

Ares Defense Blog notes that Aerovironment has also been developing the Switchblade drone that can quietly loiter overheard before zooming in to target an enemy. The firm already advertises Switchblade as giving warfighters a “magic bullet,” so we wonder how much better the Anubis can do — if it isn’t indeed some variant of the Switchblade.

We imagine that such weapons should prove popular among both stealthy spooks and regular warfighters who just want to get the drop on enemies. And we expect it won’t be long before we’re writing about DARPA’s cyborg beetles becoming living bombs.