The US military wants force fields that could stop nuclear missiles 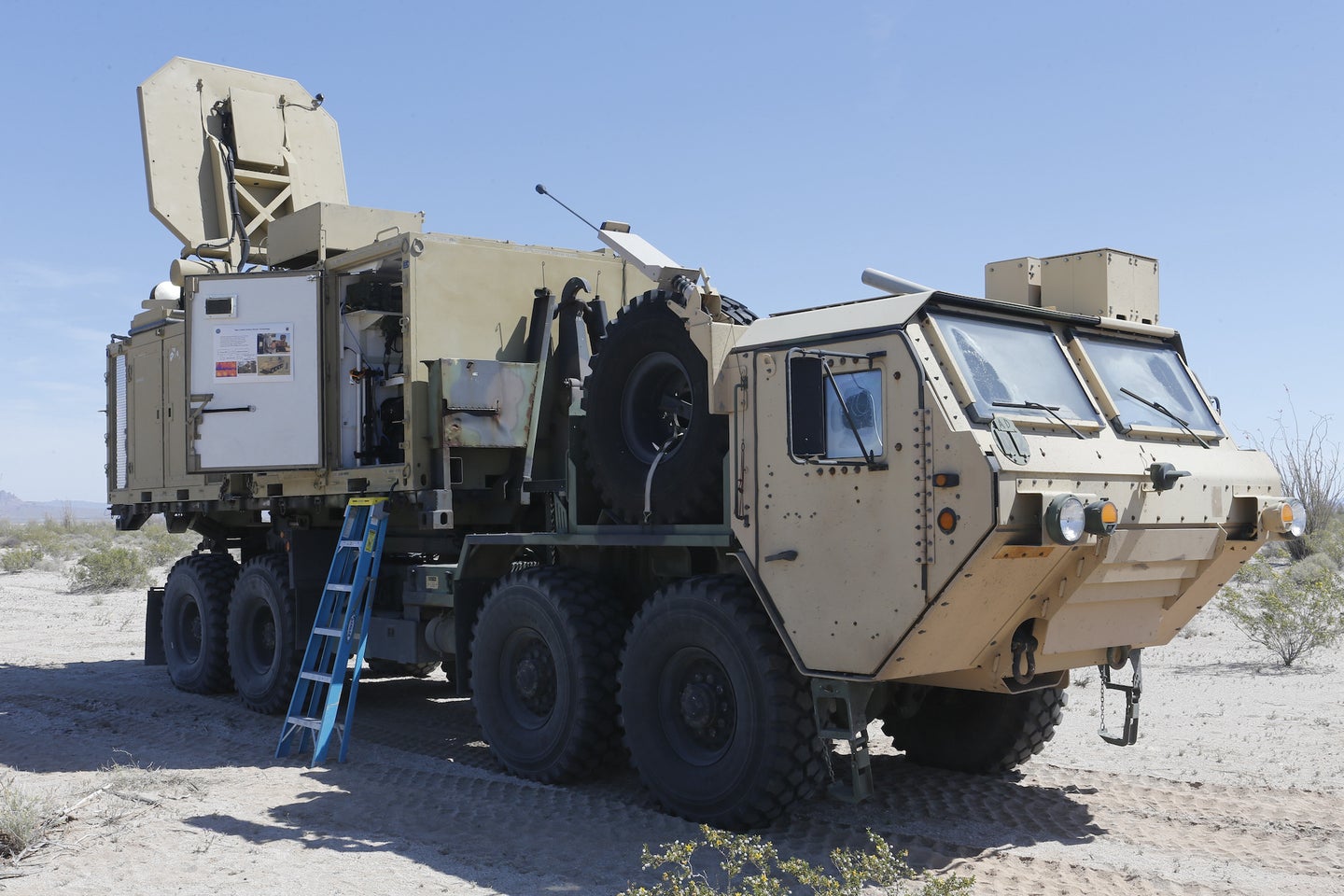 The Active Denial System, or ADS, uses a type of directed energy. It uses radio waves at a frequency of 95 gigahertz. Lance Cpl. Andrew M. Huff / US Marine Corps
SHARE

The best armor, if it could be devised, would weigh absolutely nothing. It would surround its wearer in an impenetrable aura of pure protection, holding all threats at bay. This idealized defensive system could come in the form of a force field, and it would be useful for stopping everything from nuclear missiles to small drones. With directed energy weapons, the Air Force believes such a force field is someday possible—but that day is in 2060 at best.

The real-world term to know here is “directed energy,” and force fields are one of the more distant applications of that idea.

As defined by the report, “directed energy” is any focused beam of electro-magnetic energy used for a military purpose. This can be the burning destruction of a drone from a high powered laser, jamming radio frequencies, or it can even be as simple as using a low-powered laser to illuminate a target for a laser-guidance system.

Directed energy weapons and tools are in use across a range of nations today. The report declares that at least 31 nations have directed energy weapons, and that non-state actors like militias and insurgent groups have also used them. Some of this technology, from counter-drone microwaves to pilot- or sensor-blinding laser pointers, is available and in use today.

The most fantastical, and least attainable, vision for directed energy set out by the Air Force is using it to thwart ballistic missiles.

“Although a concept often associated with science fiction, in fact ground and ship-based DE [directed energy] defense systems effectively act like point-localized force fields against small and relatively soft targets today,” the report says, before suggesting that sufficiently advanced directed energy could solve the exceptionally hard problem of missile defense, or at least its technical aspect. It continues: “However, these concepts require significant technical advancement by 2060 to achieve the full range of power contemplated.”

The desire for force fields is not particularly new. In 2015, Boeing patented a force field concept that would use lasers to heat the air in between a humvee and an explosion, creating a counter-blast that dulls the effect of the bomb. It is a novel idea, a fascinating concept, and just a patent. The work of using energy to stop weapons is hard, iterative, and frequently ends in failure.

As our colleagues at The War Zone write, “we’re still a ways away from being able to fully realize these types of directed energy capabilities,” even as military studies envision new concepts to get from the present to that future.

Putting directed energy weapons on airplanes, or even in space, would be required to create this theorized missile-stopping forcefield. The Air Force attempted an airborne anti-missile laser before, mounting it inside a massive 747. The program, despite massive hype in the 1990s and early 2000s, was canceled in 2011. Successfully combining power supply, accurate sensors, dedicated tracking, and the reliability to intercept an incoming attack was a huge challenge a decade ago. It would take significant technological lift to get it ready by the 2060s.

While using massive lasers to stop airborne nuclear missiles in flight remains well beyond the scope of modern technology, there are some more modest successes with directed energy devices.

“Although not necessarily as imagined by science fiction,” the report states, some Directed Energy Weapons in development today effectively act like counter-drone force fields.

In this anti-drone application, the directed energy creates a real but unseen barrier to flight, where high-powered microwaves or consistently targeted lasers disable the electronic systems guiding drones. The craft may not be immediately repelled, but with the energy blast damaging essential systems they will not stay airborne and active for long.

For example, THOR, a high-powered microwave weapon tested by the Air Force to blast multiple drones out of the sky, is a kind of directed energy weapon.

“People have described the physical effect of this [Directed Energy] as like facing a roaring fire,” declares the report. “This spectrally precise effect can be thought of as creating a force field that repels crowds around an embassy, base, port, or other high value location.”

[Related: The US military’s heat weapon is real and painful. Here’s what it does.]

Unlike the imagined force fields of fiction, which are portrayed as creating a purely passive shield against harm, these counter-drone and counter-human weapons are the far more immediate form of energy direction. The technology to invisibly prevent people from standing in an area may be a distant goal. The technology to harm people standing in an area or drones flying nearby is ready, deployed, and in the arsenals of multiple militaries.