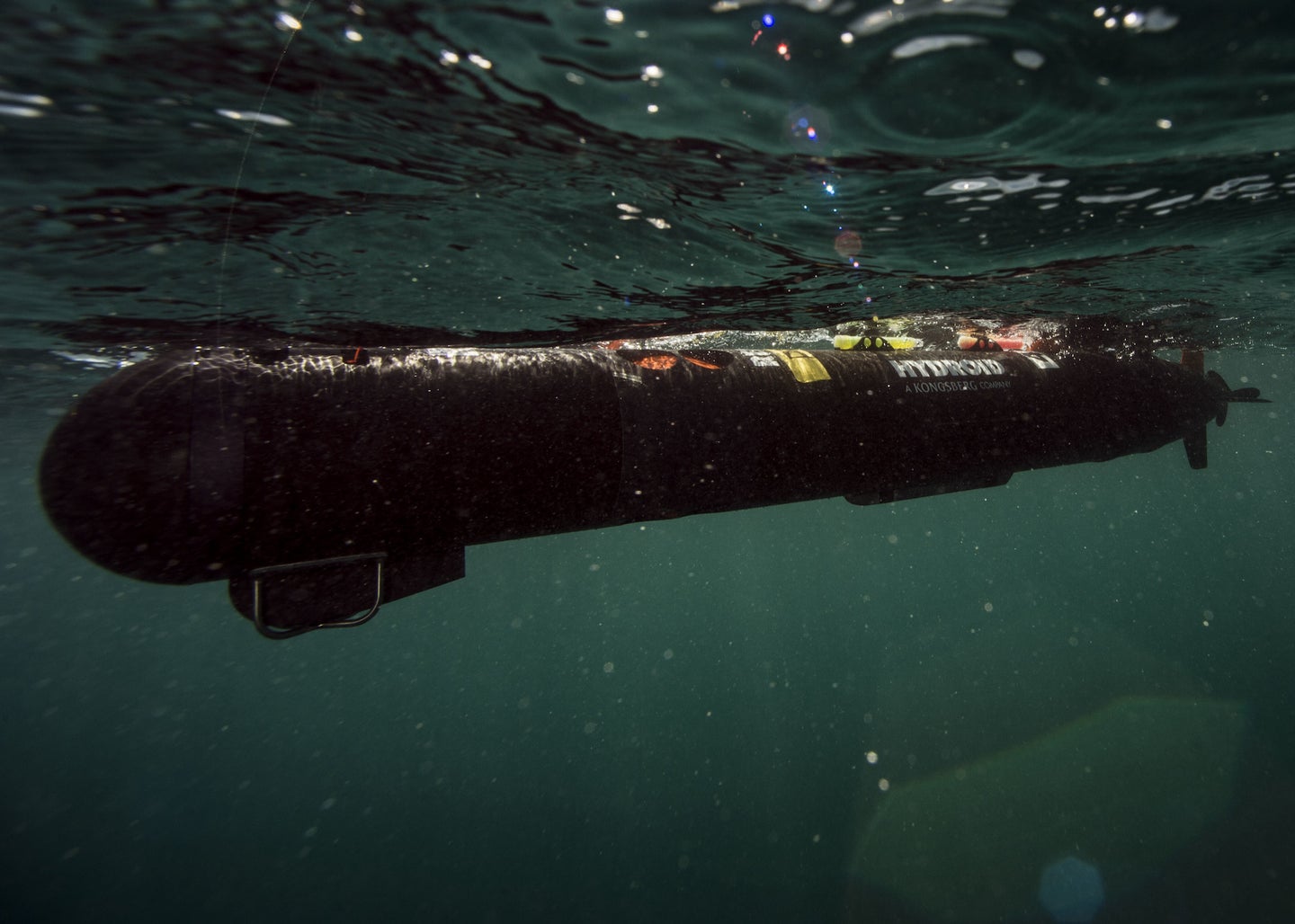 The Royal Navy wants large uncrewed robot submarines to fight its wars under the surface of the ocean, but first, it has to figure out what shape that war will take. On February 16, it announced it will start accepting submissions from companies and universities to win a chance to test sensors, computers, and other payloads on one of its robot submarines.

This robot submarine is a testbed and is formally known as an Extra Large Uncrewed Underwater Vehicle (XLUUV). Several countries and companies have built these big robot submarines, from Boeing’s Echo Seeker to the United Kingdom-built Manta. The specific testbed submarine that will be used for this competition is just shy of 30 feet long and weighs almost 10 tons.

If selected, the sensors will be installed on the submarine, tried out in sea trials, and then removed. As a business proposition, it’s a way for companies interested in testing and developing add-ons to such robots to get some experience in a real-world setting. For the UK’s Royal Navy, it’s also a way to explore what kind of functions a future robot might have, without explicitly committing to buying any products.

“The main aim of this activity is to help the Royal Navy shape future requirements and design future capabilities and concepts of operation,” the Ministry of Defence says in the announcement, “whilst providing innovators in industry and academia the opportunity to develop and test technology aligned to this future capability.”

That’s a lot of industry language. “Capabilities” are just things it can do, and “concepts of operation” are ways to do those things in a useful manner for the Navy.

Part of the reason to specifically involve industry and academia in designing features for an underwater robot is that the ocean provides a unique set of challenges for any sensors, especially those built to work on the surface or above-ground. Radio waves, for example, pass easily through air, but do not reach below the surface of the sea.

In place of radio-based radar, submarines rely on sound-based sonar, a sensor system that can find other objects underwater but can also reveal the location of the submarine that is sending out sounds. After all, other submarines may be listening for unusual underwater noise.

This obscurity of the sea makes it a useful place for nations to deploy weapons, and is essential for any country which relies on the ocean to hide its nuclear-missile-armed submarines. The United Kingdom, specifically, can only launch nuclear missiles from submarines, and is one of several nations with these weapons in its national arsenal.

Hidden under the sea, nuclear-armed subs can provide some guarantee of retaliatory danger in the event of a nuclear attack against cities or bases on land. That threat only works, really, so long as the submarines can remain hidden. This was the balance of underwater submarine hide-and-seek throughout the Cold War, where attack submarines would try to track ballistic-missile submarines.

“Though it is possible to increase presence in the underwater battlespace with smaller, discrete, autonomous systems, these cannot complete many of the operations undertaken by larger crewed vehicles,” the Ministry said in a longer explanation of the competition. “These missions include but are not limited to surveillance and reconnaissance; underwater data gathering; discrete payload delivery and recovery; and remote automated sense and warn capability.”Autonomy is especially important, because unlike remotely piloted drones that fly through the sky, it is hard to direct a robot at distance through the depths of the sea. The sensors tested, then, must help the robot understand where it is in the ocean, how to navigate around animals or objects it may encounter, and also relay useful information to humans when there is the opportunity to do so.

Together, the systems that are tried out on the robot submarine will influence the design of future military underwater robots, which will do the boring yet important work of searching for other vehicles under the ocean. That should make the depths of the sea at least a little more legible to the naval commanders who are trying to plan for present peace and future war.