Watch a team of robots launch and target a missile

An autonomous boat, a drone, and a missile walk into a bar... Or in this case, a NATO exercise. 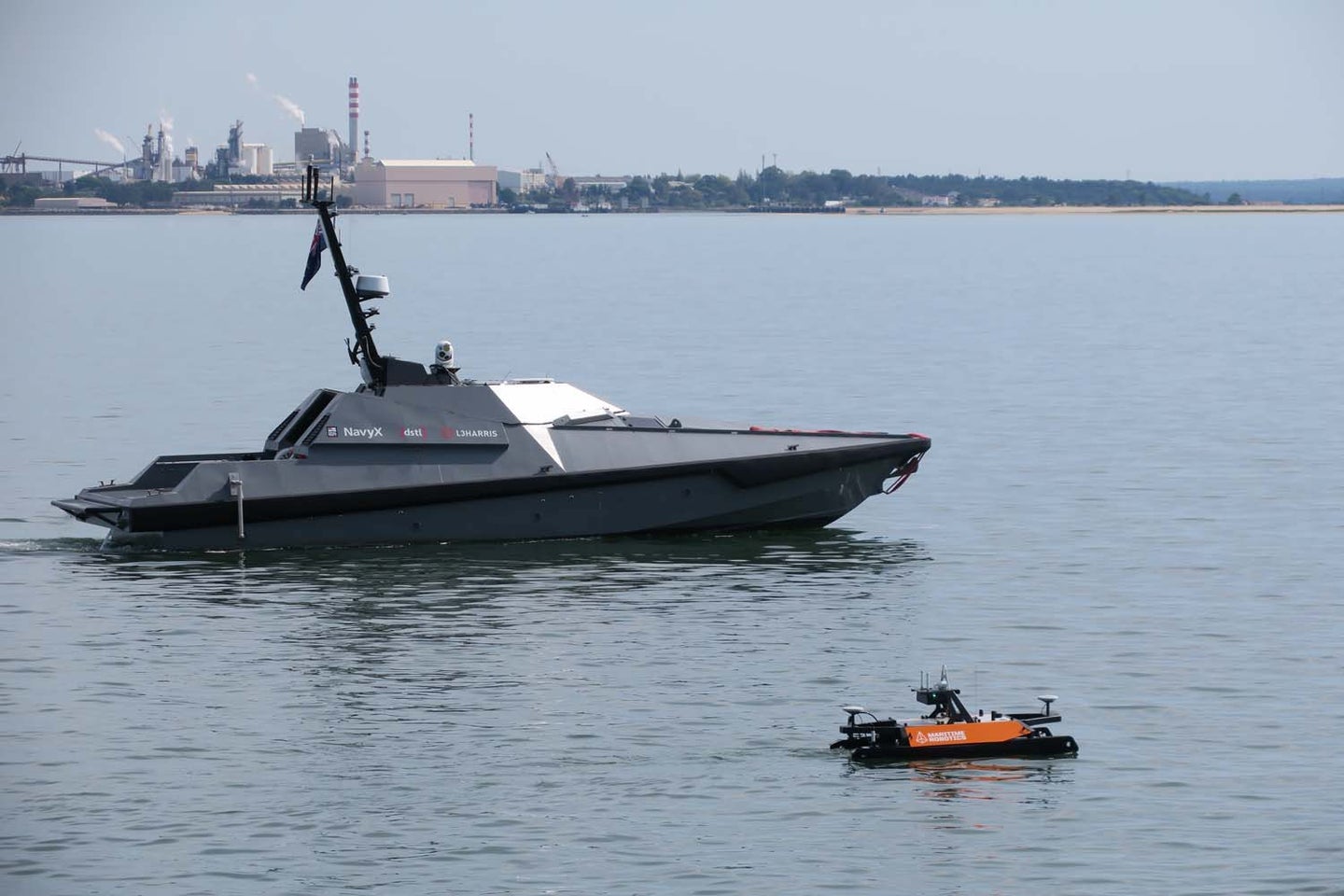 A small boat launches a missile, a drone overhead spots a target, and the missile flies where it is supposed to.

The exercise was a clean execution of technique, the kind of demonstration sailors train for. What set apart this particular demonstration is that every part of it, from the robot ship to the drone flight to the missile’s navigation, was done autonomously. Humans set this in motion, but it was machines that carried it out.

The demonstration was part of a NATO exercise called Robotic Experimentation and Prototyping Augmented by Maritime Unmanned Systems, or REPMUS. The training ran for two weeks, concluding September 24, and was designed to facilitate collaboration between navies and robots from several nations. The REPMUS series of exercises began in 2019, and it all took place off the coast of Portugal.

The event, in which a host of technologies were tested, is part of the military alliance learning how to incorporate robots into its future war plans. One reason to include robots is so militaries can put more eyes over more targets. It’s easier to direct a missile to a boat if there’s a drone overhead sending the missile target coordinates. It’s also harder for a navy to get completely blown out of water if it spreads missiles out across many small boats, each of which pose a threat and need to be hit individually.

Guided missiles, too, give naval commanders extra options. If the target boat is sunk before the missile arrives, an autonomous missile can find another target to hit. The missile could also disarm itself, awaiting retrieval or sinking, unexploded, into the sea.

The uncrewed boat that launched the missile was the MADFOX, operated by the Royal Navy. MADFOX stands for “Maritime Demonstrator For Operational eXperimentation,” though that’s also just a cool way to say “robot test boat.”

For this test, the MADFOX launched a Switchblade 300 loitering missile. While many loitering weapons—flying weapons that can find a target after they are launched, in a sense “loitering” in an airspace—straddle the line between drones and missiles, the Switchblade’s short flight time puts it closer to the missile side of the spectrum. Switchblades can fly towards targets under remote guidance by a human operator, or with autonomous navigation of their own.

Before the Switchblade was launched, another drone had to find the target. This was a Puma, made by Aerovironment, the same company that makes the Switchblade. In the exercise, the Puma scanned for and found a target, what the Royal Navy describes as a “simulated target of a Spanish crewless boat.”

Coordinates transferred from the Puma to the MADFOX, the MADFOX launched the Switchblade, which then flew to those coordinates. Before the missile hit, it was called off, in what Aerovironment calls a “patented wave-off capability.”

The ability to not hit a target, or in this case to call off an entire hit by a missile, is a crucial part of human control over autonomous weapons.

“The system launch from MADFOX was a UK first, demonstrating the potential of uncrewed surface vessels for lethal and other payloads,” Commander Antony Crabb, who led the experiment team for the Royal Navy, said in a release. Crabb continued, “crucially, the whole serial was commanded, enabled and facilitated using information provided by uncrewed systems.”

If autonomous machines are to join humans on the battlefield, to be effective those machines will need to communicate quickly with both human operators and other machines. In this test, a flying robot found a target, gave those coordinates to a robot boat, which then used those coordinates as the targeting information for a robot missile. It’s a triumph of data communication to have three such machines able to process, share, and act on that same information.

This bridge of coordination, from finding a target to pressing a trigger, is known as “sensor-to-shooter.” Minimizing the time and, more importantly, friction between machines that detect enemies and the weapons that fire on them is a long-running military goal. What makes it stand out here, especially, is that the US drone doing the sensing was a spotter for a UK-operated boat.

Exercises are military tests under controlled conditions, without a hostile enemy interfering through violence. It’s a good way to first figure out if robots from different nations can easily communicate, and by all reports that is what happened here. Autonomy on such machines can also be a hedge against broken communications, as it allows robots to still work even when there’s signal interference.

What the Royal Navy, and the US Navy, showed in this test is that under ideal circumstances, robots can find a target, launch a missile at it, and then abort the missile strike before impact. It’s a good start towards being able to do the same in a shooting war.