From ICBM launch facilities to a giant crater, these ghosts of the past could make for new National Historic Landmarks. 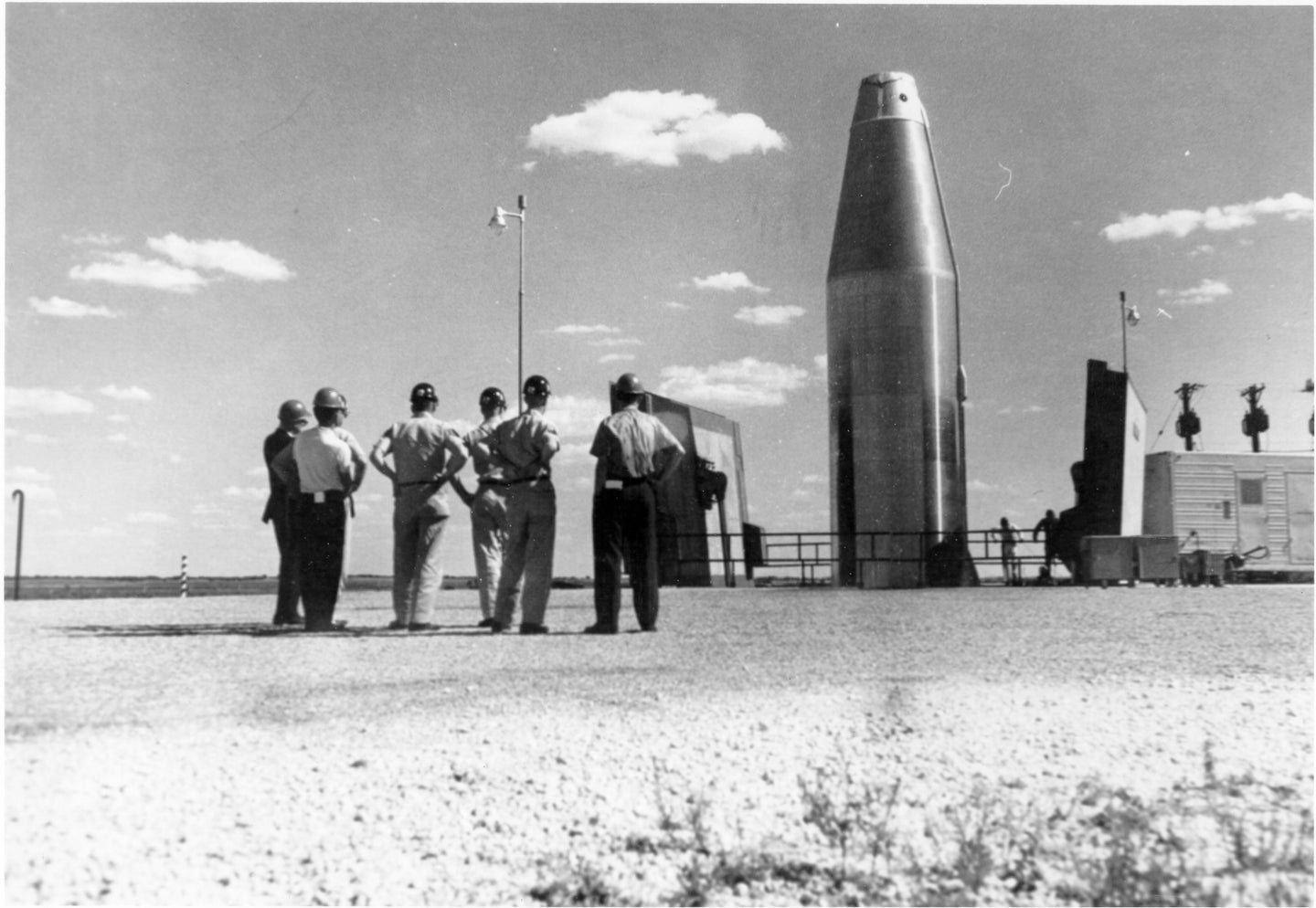 Every day the world wakes up in the shadows of the Cold War, both metaphorically and literally. The metaphorical shadow is the perpetual specter of nuclear oblivion, stemming primarily from the massive arsenals of the United States and Russia, but also the nuclear arsenals of the seven other nations with atomic weaponry. The literal shadows are smaller but no less real: The built environment of the Cold War, from missile launch sites to blast craters to office buildings of strategic consequence, still dot the landscape of the United States and its territorial possessions.

On October 7, the National Park Service released a new study evaluating Cold War sites for their potential to become National Historic Landmarks. While some Cold War sites are older than the 50 years typically required to be considered for registration or designation as a landmark, some are much younger than that, while still belonging entirely to the Cold War era.

The exact duration of the Cold War is a matter of academic and scholarly dispute, but the National Park Service offers an expansive definition. “For the purposes of this theme study, the Cold War is considered to have begun with the detonation of the first two atomic bombs and Japanese surrender in 1945 at the end of World War II and having ended with the dissolution of the [USSR], America’s principal adversary, in 1991,” reads the report.

It’s a meaningful choice to stitch the start of the Cold War directly into the end of World War II, a moment when the US and the USSR were still formal allies, rather than waiting for a direct breach in the relationship. It does cleanly tie the first use of nuclear weapons to the Cold War, letting sites integral to early atomic warfighting be part of the Cold War legacy.

In order for a site to be considered for National Historic Landmark status, it has to be tied to nationally significant events, people, ideas, architecture, settings, or scientific discovery. One example of a site already designated as historic, included in the study for point of comparison, is the Pentagon in Arlington, Virginia. The Pentagon is, first and foremost, an office building for the administration of the US military. Or, as the study puts it, it is the “epitome of command and control operations” and was “involved in most major and routine Cold War events.”

The report suggests 24 possible sites for designation as new National Historic Landmarks. Here are three of them.

Atlas was the first deployed class of US-made Intercontinental Ballistic Missiles. These weapons were capable of carrying nuclear warheads at least 5,000 miles. The study notes that “three extant launch facilities for this first generation of ICBM missiles have been identified.” It places one at Vandenberg Air Force Base in California, one outside Cheyenne, Wyoming, and one in Weld County, Colorado.

Popular Science first covered the Atlas missile in March 1958, in the story “The Fantastic Problems of Ballistic-Missile Warfare.” The article details the challenges in propulsion, range, and navigation, though the most striking feature is the magazine’s description of the warhead. “The warhead that goes inside the ballistic missile’s nose cone once seemed the ‘impossible’ problem. What help up American ICBM development so long was the seeming pointlessness of spending billions of dollars to send a little A-bomb across 5,000 miles of land and sea, maybe miss by a mile or so, and just get people mad over there.”

The solution was the greater density and explosive power of hydrogen, or thermonuclear, bombs, which can have yields in the megatons instead of the kilotons of the first atomic weapons, while still fitting into a dense package. The range of the weapon, as well as the desire to spread out where missiles launched from, can be seen in the remaining sites existing in California, and along the Wyoming/Colorado border.

Today, the modern class of ICBMs that lurk in silos are the Minuteman IIIs, which the Air Force plans to replace entirely by the 2030s with a missile called Sentinel.

World War II ended with Japan’s surrender, an event that shortly followed the US dropping atomic bombs on Hiroshima and Nagasaki. These bombs killed an estimated 110,000 or 210,000 people; the US delivered the bombs with B-29 Superfortresses, a long range bomber that could threaten atomic devastation thousands of miles from where it was launched.

Additionally, developments in rocketry, as both the United States and the Soviet Union employed captured Nazi scientsits from the V-2 program, ensured that bombers would be just one vector for nuclear weapons. Detecting flights, from rockets or bombers, meant investing in permanent sensor networks.

The Defense Early Warning Line, across Alaska and Canada, “was a network of radar and communication facilities established to detect enemy bombers and ICBMs,” says the study. “Most DEW facilities have been demolished or modified, but the most intact examples might be at Point Barrow or Olitok [Alaska].”

In August and September 1956, Popular Science covered the construction of the DEW Line as the “World’s Toughest Building Project” and “Radar Builders Outfox the Arctic.” In 1961, “Could A Radar False Alarm Trigger Atomic War?” detailed the workings of early warning systems, including the DEW Line.

Of the 1,054 nuclear tests conducted by the United States, 928 of them took place at the Nevada Test Site. While all nuclear detonations were fundamentally weapons tests, some of the tests explored other features of what atomic force could do. Sedan Crater is a 320-foot-deep, 1,280 diameter crater that the National Park Service describes as “formed by a 1962 test that was part of the Atoms for Peace program’s effort to explore using nuclear detonations to excavate earth in large construction projects.”

Much of “Atoms for Peace” was devoted to the production of electricity through nuclear power plants. “Project Plowshares,” which ultimately produced Sedan Crater, was instead designed to see if the explosive force of atomic weapons could reshape the built landscape of the world in useful ways. In “Atomic blasting for peacetime feats,” Popular Science examined Project Plowshares proposals for carbing harbors and creating aquifers through constructive blasting.

The Sedan Crater is a popular site for tourists to the present-day Nevada National Security Site, which the NNSS notes sees over 10,000 visitors a year.

The above are just three of the 24 sites under consideration in the study. Others include the Bikini Atoll nuclear test site, the Camp David presidential retreat that was the site of diplomatic summits, the Raven Rock mountain bunker designed as emergency military headquarters in a nuclear war, and many more. For the full list, follow this link.