China is developing a warship of naval theorists’ dreams

An arsenal ship that can be submerged in water. 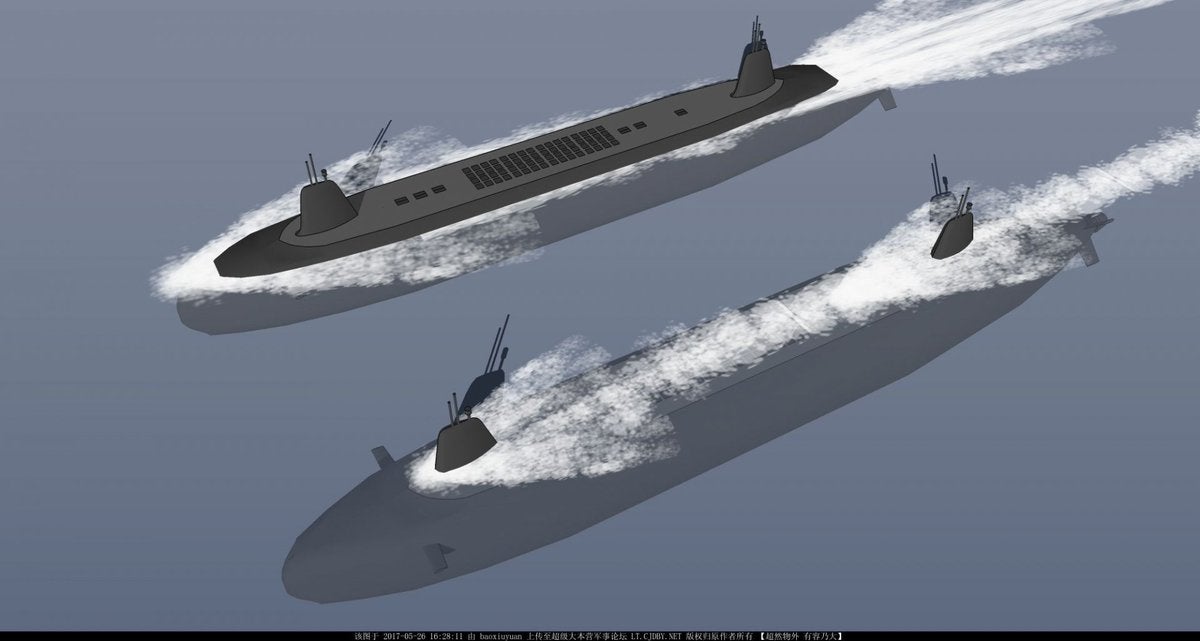 The Chinese navy is taking arsenal ships in a new direction—as giant submersibles. Post-Cold War naval theorists have long dreamed of recreating the old battleships’ power through massive “arsenal ships,” or warships carrying hundreds of guided missiles that could fire at land and sea targets. Now it looks like China wants to make that dream a reality. 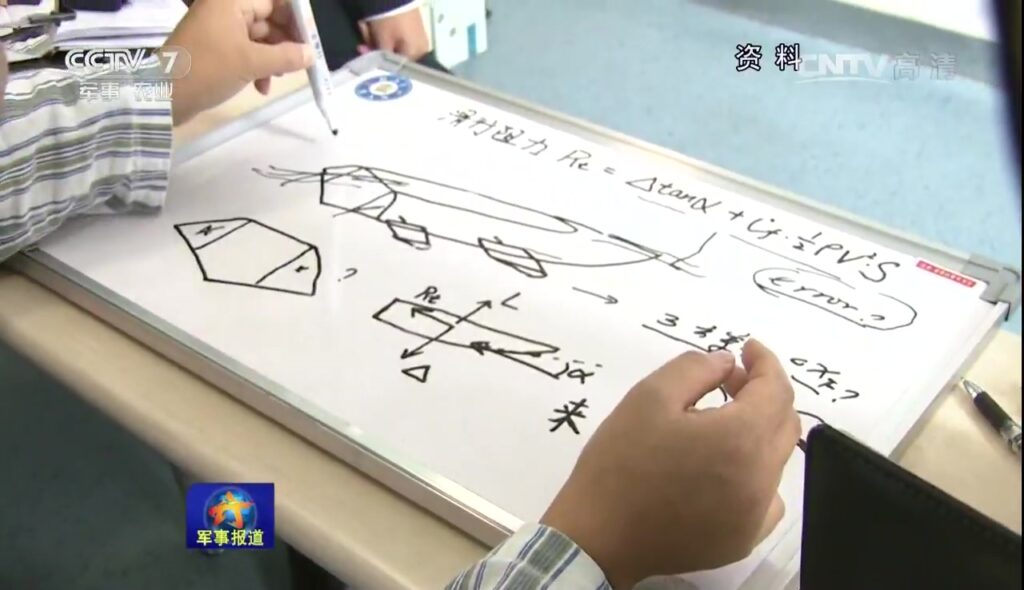 In Between the Tides and the Seabed

What’s the big deal about an underwater arsenal vessel? Well submerging all or even most of a large warship would reduce its radar and visual signature, as well as protect it against most missile threats. 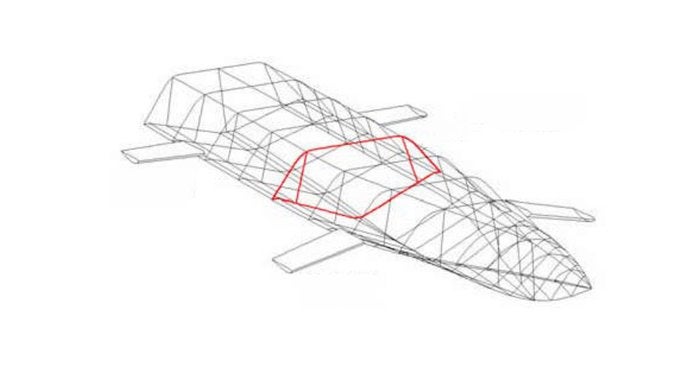 This computer-generated line drawing of the Chinese waveskimmer shows hull-mounted fins that allow for maneuverability and underwater (and semi-submerged) operation. It appears to also be capable of hydroplaning.

There are two concepts in circulation: one is a high-speed warship with much of its hull submerged but otherwise has a functional superstructure with defense weapons and radar, the other is almost completely submerged arsenal ship with two conning towers. The scale of the designs are significant; either ship would displace roughly about 20,000 tons at full load.

The submersible warship has four stages: submerged, partial exposure of the superstructure, raising the hull to the ‘waterline’ and as a low draft, and operating as a high-speed hydroplane.

Reports claim there has been substantial design work and concept proofing for this underwater arsenal ship. Even on his deathbed, leading naval engineer Professor Dong Wei Cai continued to work on a key aspect of the arsenal ship design: the high-speed wave hydroplane.

For stealth operations, the arsenal ship would have most of its hull inherently submerged, with only the bridge and a few other parts of the ship above the waterline, reducing the radar cross section. But when traveling with a high-speed naval taskforce, the arsenal ship will sacrifice stealth to use its flat hull bottom to hydroplane at high speeds, cutting across the waves like a speedboat or amphibious armored vehicle. 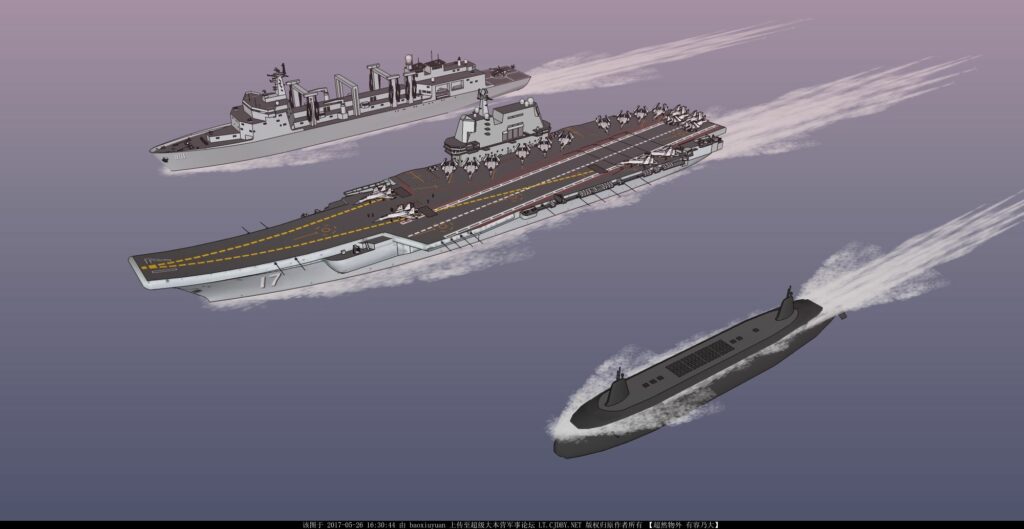 An arsenal ship can rely on the carrier’s airwing and surface warship escorts to protect it against airborne threats, while providing the carrier group hundreds of extra missile launchers holding anything from air-defense rockets to land-attack cruise missiles.

The second design is more conventional, it is essentially a giant, conventionally propelled submarine with two conning towers stuffed with snorkels, periscopes, and communications antennae. Given its need to keep up with high-speed surface ships and its lack of high-speed endurance underwater, this arsenal ship design would operate similarly to WWII submarines; the majority of its voyage will take place on the surface, and will submerge only during combat and under attack. 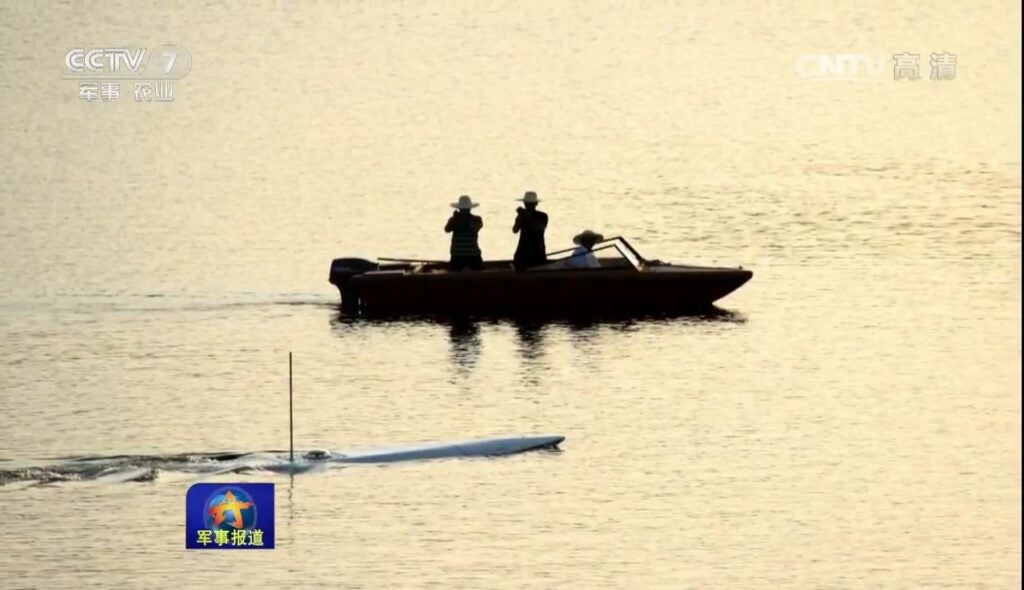 While a 4-meter-long, 1-ton scale model of the high-speed submersible has been undergoing tests and is even shown on state television, no complete picture of the demonstrator has been shown, with only partial photos being released to the public.

Chinese research institutes have been testing sub-models of both arsenal ship configurations since 2011, including open-water tests for the hydroplane arsenal ship and laboratory tests for the arsenal submarine. Unverified rumors on the Chinese internet claim that a full-scale, proof-of-concept is under construction at Bohai Shipbuilding Heavy Industrial Corporation, to be launched after 2020.