Did North Korea Really Test A Hydrogen Bomb? Here’s How We’ll Find Out

If they did, it's the least impressive H-bomb of all time 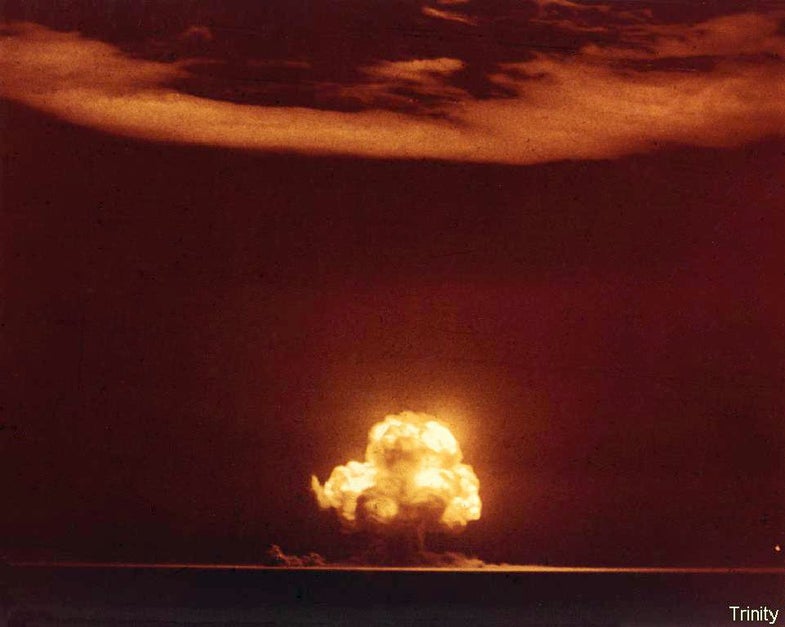 While Europe slept last night, seismographs picked up a 5.1 earthquake in North Korea. Centered at a location just past the Hwasong concentration camp and down Nuclear Test Road, the seismic activity appears to be the fourth nuclear test by the rogue state.

Shortly after the test, North Korea’s English language news service released a statement claiming it was the country’s first successful test of a hydrogen bomb. Worst case scenario, that means North Korea has a smaller, weaker version of a weapon the United States first tested in 1952, and without the means to launch it–it’s even less likely that they have that.

Nuclear tests are detected in stages. Seismographs are the first to pick up on the tests, as they read the force of the blast almost immediately. A full 27 seismographs picked up this test instantly, and other readings will better inform the analysis of the weapon. Infrasound and hydroacoustic monitors can pick up on loud activities, further enriching the picture, but the most additional detail after the seismograph readings come from radionuclide testing. Special filters catch particles in the air, which are then sent to a lab for testing. There are 80 stations across the world set up to collect these particles, and 16 labs to process them. Additionally, the United States has a couple of specially modified planes which fly out to catch particles in international skies nearer the test site. It takes a couple of days to get the filters processed, so we’ll know more about North Korea’s test later.

Most importantly, that information will answer the question of whether or not this is a true hydrogen bomb. So far, most of the information available suggests it isn’t. Basic atomic bombs, like the weapons dropped on Hiroshima and Nagasaki, are fission devices: the blast power comes from the energy released by splitting an atom. From the Union of Concerned Scientists:

Hydrogen bombs, or thermonuclear weapons as they are also known, instead use fusion to create much more powerful blasts. Again from the Union of Concerned Scientists:

That’s the basics, though the execution is a lot more complicated. Making weapons that powerful takes a lot of plutonium, and in exchange should offer a much more powerful blast. Just from blast size alone, it’s unlikely that yesterday’s test was a hydrogen bomb. The seismic effect from yesterday’s test is about identical to the blast from North Korea’s 2013 test. By contrast, the first atomic bomb America tested had a yield of 20 kilotons, while the first hydrogen bomb America tested was 10,400 kilotons. That blast was so powerful it wiped the island of Elugelab out of existence. So either North Korea made a much smaller hydrogen bomb that produced an identical yield to their normal atomic bombs, or there’s something else going on.

It will take a long time to get the radionuclide readings that can officially confirm whether this was, in fact, a blast and not a bizarrely well-located earthquake. In the meantime, plenty of Twitter users have taken to plotting out the blast radius of the likely 6-kiloton explosion on maps. (Here’s a helpful tool for that.) Even assuming that this test shows North Korea can repeatedly make workable 6-kiloton nuclear weapons, they still lack the missiles, submarines, or planes needed to deliver an atomic weapon to a target.