A short history of US hypersonic weapons testing

Three recent successful tests represent a hypersonic moment. Here's a look at the milestones along the way, from 1944 to now. 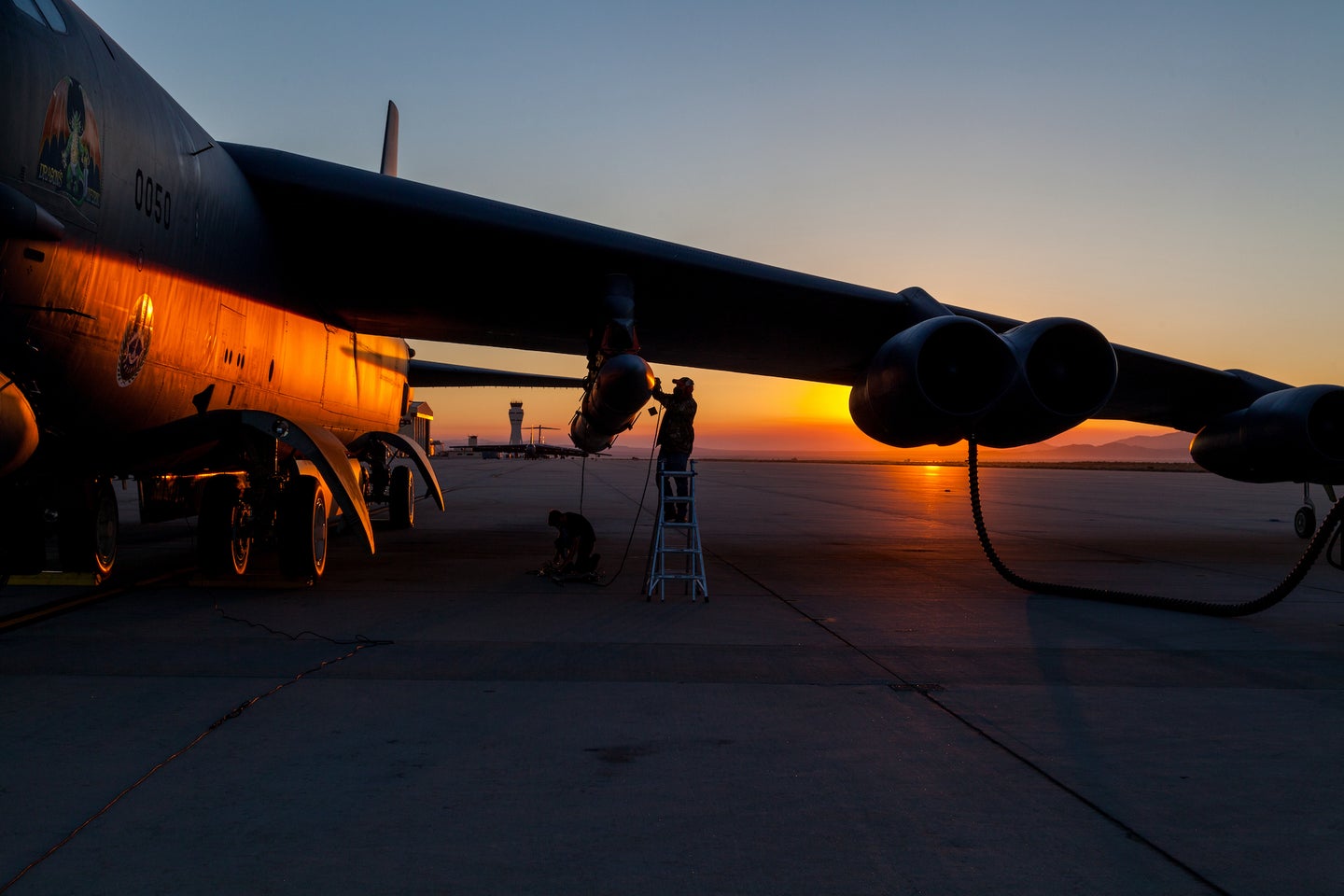 A B-52 in California on August 8, 2020, before it carried out a hypersonic test. US Air Force / Kyle Brasier
SHARE

The middle of July saw a whopping three successful hypersonic missile tests by the United States—tests of missiles designed to go at least five times the speed of sound. On July 13, DARPA announced the successful test of the Operational Fires (OpFires) missile at White Sands Missile Range in New Mexico. Also on July 13, the Air Force announced a successful test of the booster for the Air-Launched Rapid Response Weapon (ARRW), used in a flight off the California coast. And on July 18, Raytheon announced the second successful flight test of its Hypersonic Air-breathing Weapon Concept (HAWC) hypersonic missile for the Air Force.

While the first human-made objects to reach Mach 5 were launched in the 1940s, there has absolutely been a recent uptick in missiles built to go that fast. The other new aspect is that, while in the past hypersonic speeds were a feature of other weapons, today nations such as the United States, China, and Russia are specifically developing weapons to travel at this speed. “Hypersonic” has become a category term for the development of very fast and maneuverable weapons.

To illustrate how we got to this hypersonic moment, below is a timeline of military hypersonic milestones, starting with ballistic rockets.

German V-2 rockets reached a speed of Mach 4.3 in ascent, and then became hypersonic in descent, clearing Mach 5 as they struck targets in England. The V-2 was the first long-range ballistic missile. With a range of about 200 miles, it carried a one-ton warhead. It was built using concentration camp labor, a process in which at least 10,000 people in those camps died. It was designed by Wernher von Braun, who would go on after the war to have a long career designing ballistic missiles for the US Army and rockets for NASA.

A rocket launch called Bumper 5 was the fifth in a series of tests at White Sands. The Bumper series tested a kind of two-stage rocket built by putting one rocket on top of another. The rocket on top for the Bumper tests was a sounding rocket, or a small rocket designed to carry instruments into the upper atmosphere to collect data. For the base and booster, Bumper used a V-2 rocket, which functioned as the first stage, allowing the sounding rocket to reach a speed of Mach 6.7 and an altitude of 250 miles.

The Atlas was the first intercontinental ballistic missile fielded by the United States. Its life in service was short, with the missiles recalled from active duty in 1965. Atlas set the template for many ballistic-trajectory hypersonic weapons to follow. With a range of between 6,400 and 9,000 miles, Atlas could arc up into space and then continue its ballistic trajectory back towards Earth, reaching Mach 21 as it did so.

Developing Atlas meant designing special heat shielding to ensure that the missile and its thermonuclear payload arrived intact to the target, as the friction and heat from traveling through air at such great speeds could damage the weapon and render it less useful. Today, the US still deploys Minuteman III ICBMs, which are hypersonic missiles like Atlas, but because they travel at detectable ballistic arcs they are not what policymakers or military planners refer to as “hypersonic weapons.”

Much of the hypersonics research of the 1960s and 1970s was focused on vehicles that carried people, from the X-15 rocket plane to the proposed and never finished Dyna-Soar space plane. This crewed vehicle research led to the development of “lifting body” vehicles, most famously the Space Shuttle, in which the body of the plane would generate lift at hypersonic speeds (as it glided back towards Earth) the way wings work at subsonic speeds.

When it comes to weapons development, one of the bigger hypersonic efforts built on this “lifting body” research and created the Maneuvering Reentry Vehicle (MaRV). The Air Force tested the Advanced MaRV in 1980, and it demonstrated the ability of a warhead-carrying reentry vehicle to change its flight pattern at high speed, allowing it to hit targets beyond the initial arc of ballistic trajectory. That maneuverability is crucial to the modern field of hypersonics. Advanced MaRVS were mounted on Pershing II missiles, before those missiles were withdrawn from service as part of an arms control treaty between the United States and the USSR in 1987.

The Kholod was an experimental design, Soviet in origin, that ended up being tested by both the United States and the Russian Federation in a project of mutual research. Scramjets take in air at supersonic speeds, then combine it with fuel, ignite the fuel, and express the injected fuel out a back nozzle. To get to supersonic speeds, the Kholod needed to ride on the tip of an anti-air missile. In a 1998 test in Russia with NASA involved, the Kholod reached Mach 6.5.

Building on previous scramjet knowledge, the Air Force tested the Boeing-built X-51 Waverider from 2010 to 2013. For these tests, the WaveRider was attached to a cruise missile that was carried aloft by a B-52 bomber. The missile worked as a first stage, with the WaveRider accelerating from there to at least Mach 5.

In October 2011, DARPA lost contact with its Falcon Hypersonic Test Vehicle 2 nine minutes into flight. A report published in April 2012 concluded that traveling at Mach 20 wore through its protective outer coating, damaging the ability of the vehicle to self-correct in flight.

In a 2014 test at the Kodiak Island launch facility in Alaska, the Army’s Advanced Hypersonic Weapon failed. Later investigations revealed the flaws to be in the launch vehicle, not the hypersonic weapon itself.

In September 2021, DARPA first tested the Raytheon-built version of the Hypersonic Air-breathing Weapon Concept, which reached speeds at or exceeding Mach 5. Then again in March 2022, DARPA tested the version of the HAWC built by Lockheed Martin and Aerojet Rocketdyne. In July 2022, Raytheon successfully flew its version of HAWC a second time.

In October 2021, China demonstrated an object launched partially into orbit that crashed back down at hypersonic speeds. It was most likely a glide vehicle known as a “fractional orbital bombardment system,” a kind of trajectory that can cross the globe without the high arc and sharp descent of a traditional ballistic missile.

In a test off the coast of California, the Air Force launched an Air-launched Rapid Response Weapon. This test checked the bare minimum of boxes for a successful flight: It detached successfully, its engine started, and it reached Mach 5, all feats that previous tests of the ARRW had failed to achieve. In July 2022, the ARRW again hit its mark.

In testing at White Sands, DARPA successfully deployed and launched an Operational Fires missile from a Marine Corps logistics truck using Army artillery controls. The intent of the program is to have a hypersonic weapon that can be fired from standard available trucks, hitting targets at speed and range that cannot be safely reached by aircraft.

Watch a video of OpFires below: