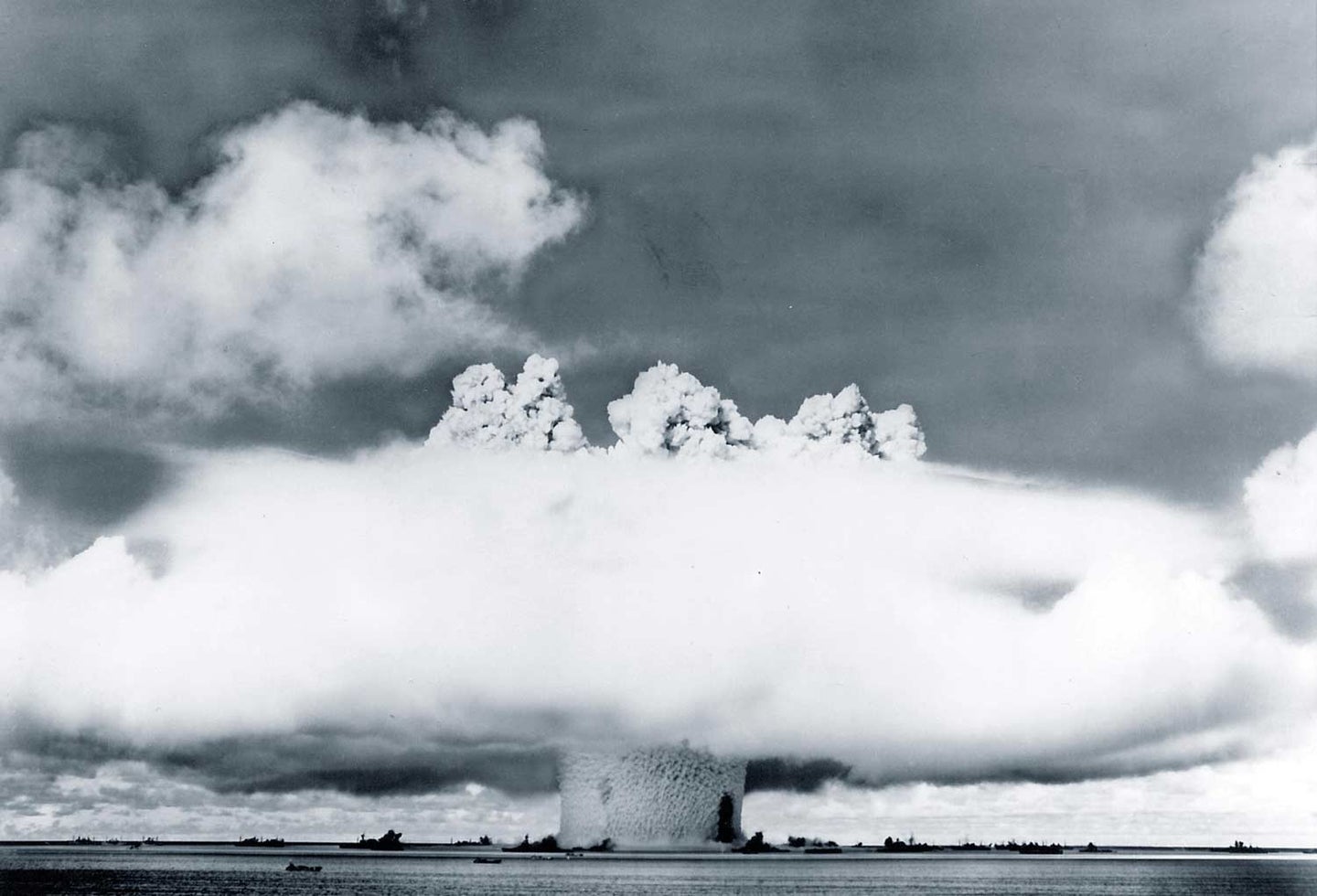 The following is an excerpt adapted from End Times: A Brief Guide To The End Of The World by Bryan Walsh.

If there’s an important post in America’s national defense establishment, chances are that William Perry has held it. He worked as a civilian expert in electronic intelligence in the 1960s, served as undersecretary of defense for research and engineering, and ended his career in government service as President Bill Clinton’s defense secretary from 1994 to 1997. He served on the University of California’s board of governors for the laboratory at Los Alamos—where the first nuclear bomb was developed—and is currently the head of the board at the Bulletin of the Atomic Scientists. Even at 91 years old his voice still exudes authority, and his words demand attention in capitals around the world.

What makes Perry special, however, is that he is one of the last living American statesmen who saw with his own eyes just how close we came to nuclear annihilation. And what he came to understand was that the real threat of nuclear war wasn’t from military competition, but from the way that simple misunderstandings and technical errors could spiral out into planetary catastrophe. It wasn’t the war in nuclear war that was so dangerous—it was the nuclear, the fact that thousands of megatons of explosive power kept on a hair trigger made any mistake irrevocable.

In the fall of 1962 Perry was working as director of Sylvania’s Electronic Defense Laboratories, in the San Francisco Bay area. One day in October that year Perry received a call from a friend in the CIA asking him to fly into Washington for a consultation—immediately. That was how Perry got involved in what would become known as the Cuban Missile Crisis. In D.C. Perry pored over reconnaissance photos of Soviet missile sites in Cuba and helped write technical reports for President Kennedy and his staff. As the standoff between Washington and Moscow became increasingly tense—with Kennedy instituting a naval quarantine of Cuba and contemplating an invasion of the island if the Soviets wouldn’t remove the missiles—Perry became convinced that each day would be the last day of his life. And things were even worse than he knew. “Kennedy’s assessment was one chance in three of nuclear war,” Perry told me. “It was at least that in my judgment, because there were possibilities of that war starting from circumstances he wasn’t even aware of.”

The stage was set for the single moment in the modern age when the human race may have come closer to extinction than it ever has before or since. On October 27, 1962, as part of the U.S. naval quarantine of Cuba, American destroyers and the aircraft carrier USS Randolph managed to corner the Soviet submarine B-59. The U.S. ships began dropping small depth charges—underwater explosive devices—around the sub. The American commanders weren’t trying to sink the sub but rather to force it to the surface, an intention they had made clear to Soviet military leaders in Moscow.

What the Americans didn’t know was that the sub had been out of touch with Moscow for days. When depth charges began exploding around the sub, the crew had every reason to believe that World War III had begun. An exhausted Captain Valentin Savitsky gave the orders to prepare the sub’s nuclear torpedo for firing. A successful hit on the Randolph would have vaporized the aircraft carrier, which in turn would have put the U.S. nuclear war plan for total retaliation into play. Thousands of American warheads would have been on their way to targets in the Soviet Union, China, and other nations. The Soviets would have responded, and the worst would have come true.

The decision to launch a nuclear weapon on board the Soviet sub had to be authorized by three officers. Ivan Maslennikov, the deputy political officer, said yes. But Vasili Arkhipov, Savitsky’s second in command, refused. He convinced Savitsky to instead bring the sub to the surface, where a U.S. destroyer ultimately allowed the ship to return to Russia. That same day, Soviet premier Nikita Khrushchev sent a letter to the White House proposing that the USSR would dismantle its missiles in Cuba in return for the United States removing medium-range ballistic missiles from its NATO ally Turkey, which bordered the Soviet Union. After a day of deliberation, Kennedy accepted the offer, though the missiles in Turkey weren’t moved until months later, to avoid the appearance of a quid pro quo. The crisis—this crisis, at least—was over.

The Cuban Missile Crisis is only the best known of many, many times when World War III was almost triggered by accident. William Perry himself lived through one when he was serving in the Department of Defense in 1979 and was awakened in the middle of the night by a watch officer at NORAD who said his monitors were showing two hundred Soviet intercontinental ballistic missiles (ICBMs) en route to the United States. It turned out to be a computer error. Less than a year later, on June 3, 1980, military computers showed thousands of Soviet missiles headed toward the States. Then–national security adviser Zbigniew Brzezinski was about to recommend a counterattack until he was told at the last minute that the alarm had been generated by a faulty computer chip—one that cost all of 46 cents.

Perhaps the closest the world came to nuclear war after the Cuban Missile Crisis was on September 26, 1983, with the reported launch of several ICBMs from the United States. Lieutenant Colonel Stanislav Petrov was on duty that night, and his job was straightforward: register the missile launch and report it to Soviet military and political command. An ICBM takes half an hour to reach its target, which meant Petrov had only minutes to authenticate the apparent attack in time for the Soviets to launch a counterattack. Yet Petrov judged that the United States would not launch a first strike with only a handful of missiles, so he instead reported a system malfunction. And then he waited. “Twenty-three minutes later I realized that nothing had happened,” Petrov told the BBC in 2013. “If there had been a real strike, then I would already know about it. It was such a relief.”

Petrov, too, has a room named for him at the FHI. Nick Bostrom has said of Petrov and Arkhipov that “they may have saved more lives than most of the statesmen we celebrate on stamps.” This is almost certainly true. But what made Petrov’s and Arkhipov’s heroism necessary—and what makes the many close calls of the Cold War so dangerous—is inherent in the nature of nuclear deterrence.

During the Cold War, and even today, the nuclear powers had a policy of mutually assured destruction, which meant that each was restrained from attacking the other because they knew they would be attacked and destroyed in turn. In one sense this worked perfectly—fear of nuclear war kept the Cold War from going hot, and the second half of the 20th century proved far less violent than the first. But the side effect of nuclear-enforced peace was the creation of existential risk for the entire species. Every year, every day, every moment, global catastrophe could strike at the push of a button. “Today, every inhabitant of this planet must contemplate the day when this planet may no longer be habitable,” President Kennedy told the United Nations in 1961. “Every man, woman, and child lives under a nuclear sword of Damocles, hanging by the slenderest of threads, capable of being cut at any moment by accident or miscalculation or by madness.” And we live under that sword still.