Radars of the Lost Arc

The science of combining sensors to intercept the apocalypse 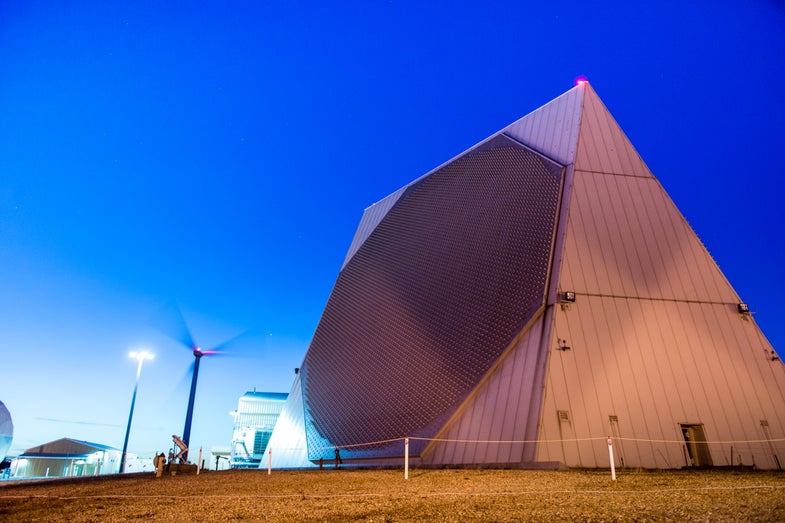 What does it take to postpone the apocalypse by minutes? Better radars, apparently. Raytheon, an American defense technology giant, has a new video out explaining how multiple types of radars can work together for a more complete picture of an incoming attack. Seeing different parts of the electromagnetic spectrum, with different kinds of radar, is a complex topic, and I think Raytheon’s video explains it pretty well. There’s an exclusive first look at the video at the end of this article. It’s about how radars work, but it’s also part of the broader world of missile defense, so let’s start there first.

Missile defense first appeared in the pages of the Popular Science print magazine in the 1960s. It grew out of the general technology explosion of the Cold War, and was fueled by nuclear fears.

In January 1962, we wrote about a Missile Defense Alarm System, satellites designed to detect incoming missile launches with infrared cameras. By October 1965, Popular Science was writing about anti-missile missiles, which would be fired in response to an incoming attack, and, as the theory went, intercept (or, really, blow up) the attack while in space. Some early concepts used interceptor missiles with nuclear warheads to blow up the incoming attacks, a design which has fortunately fallen out of favor.

Here’s a diagram from that 1965 story, “The Truth About Our Missile Defense.” 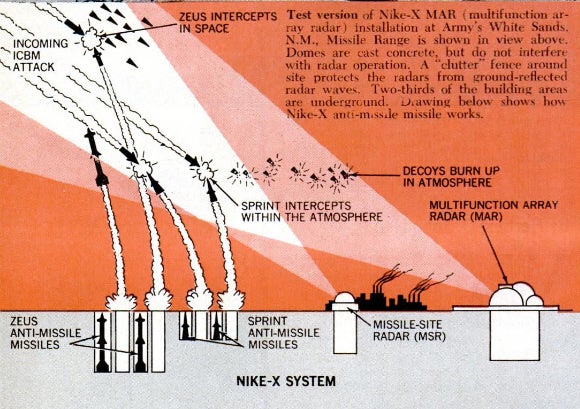 From the archives of Popular Science.

The challenges remain largely the same to this day: for a nuclear attack to succeed, only a few warheads have to get through, and ballistic missiles fired at a country could release decoys, or be fired alongside other, non-nuclear missiles — overwhelming a defense. As the 1965 diagram shows, the way for a missile defense system to counter this type of attack is with multiple radars, discriminating between deadly objects and less-deadly decoys.

A quick aside on the politics of missile defense: like the development of nuclear weapons itself, developing missile defense systems risks another, complimentary arms race. In 1972, the United States and the Soviet Union signed the Anti-Ballistic Missile Treaty, which limited each country to 100 nuclear-tipped interceptor missiles guarding one site.

Since then, and especially since the collapse of the Soviet Union, the United States has changed its focus on what kind of missile defense technology to develop, and whether or not they should be small systems deployed to protect troops abroad or big systems designed to protect the country as a whole.

The main debate in missile defense hinges on whether or not developing such a defense leads to an offensive arms race, as argued by leading nuclear disarmament advocate Joe Cirincione, or if the protection gained is worth it, and especially if that protection can deter nations with just a few nuclear missiles, as argued by Steven Pifer of the Brookings Institute think tank — as opposed to countering the thousands of missiles maintained by Russia.

Regardless of the target, all missile defense systems work from the same principles, and Popular Science spoke with Jim Bedingfield, a director at Raytheon for missile defense, about what, exactly, multiple kinds of radars bring to missile defense.

The United States has a few anti-missile weapons, like Lockheed Martin’s THAAD system, and Patriot missiles, the latter of which has versions made by Raytheon as well as others. Both of these fire missiles at an incoming weapon, in a process Bedingfield described as “trying to hit a bullet with a bullet.” 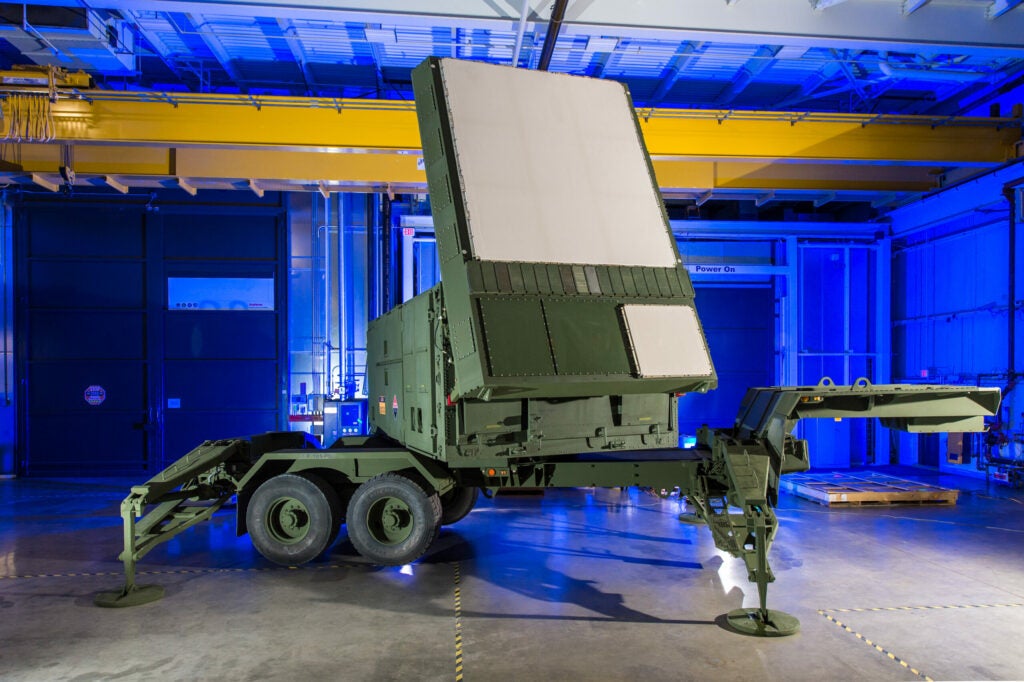 This radar operates on the C band, which is used to tell between airplanes and missiles. Patriot missiles can be fired at either.

“In order to do that,” Bedingfield said, “it’s not just seeing that there’s something there, but it’s the ability to see what’s in there.” He went on:

That’s where the multiple kinds of radars come in. A UHF band radar, which Bedingfield described as as like a searchlight, can sweep a broad space, identifying a range of objects. A more narrowly focused radar, like an X band radar, can focus on a specific object in that cluster, which could be used to figure out which missile is a threat and which one is a decoy. If the sensors get it right, and the incoming missile is successfully intercepted, then the system works. “Seconds count here,” Bedingfield said, “but in some cases you’re adding minutes, if not 5 to 10 minutes or greater of battlespace decision time for an operator.”

Asked whether this was limited to nuclear threats, Bedingfield framed it more broadly, noting that the system and the complementary nature of these sensors is that “they’re really able to acquire, classify, track, and discriminate missiles of all ranges, regardless of their payload. It’s the short guys up to the medium guys, up to the big guys.”

Once the radars have the information on the targets acquired, they can feed it into the targeting systems for the interceptor missiles, and hopefully lead to a successful intercept. (Intercept, and not tracking, is historically the hardest part of making missile defense work.)

Want to see it all explained in two minutes? Watch the video, from Raytheon, below: