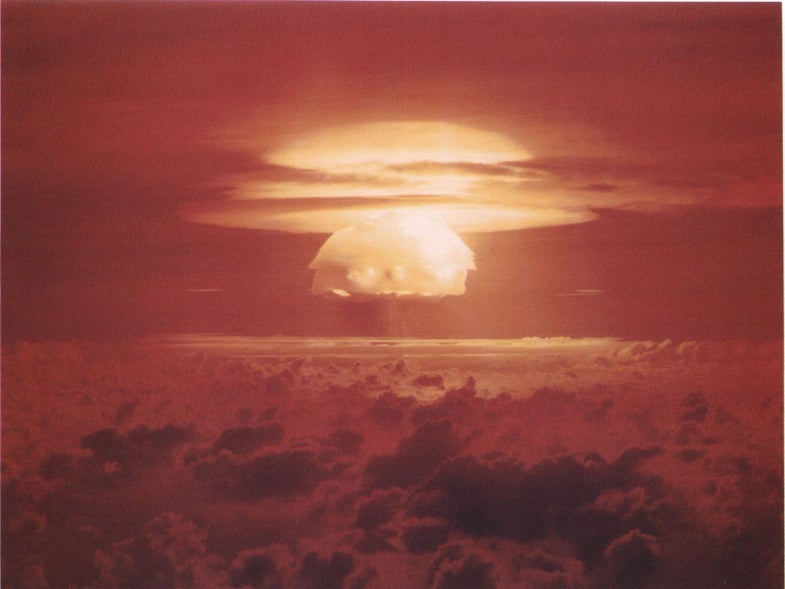 Between 1946 and 1958, the United States waged nuclear war on emptied islands in the Pacific. Bikini Atoll and the Enewetak Islands were evacuated first, their inhabitants moved from the blast. All in all, around 200 people were evacuated, but the plan was never that the islands be permanently abandoned. Now many of the displaced and their descendants want to move back to the islands, but leftover radiation is the greatest obstacle. When will it be it safe to move back to the site of 67 nuclear tests?

A team of researchers visited the islands to find out. Their new study, led by Emlyn Hughes from Columbia University’s Center for Nuclear Studies, updates estimates of the islands’ radiation levels. In August 2015, the team traveled more than 1,000 miles in two weeks, getting radiation readings on some of the islands in the Enewetak Atoll, Bikini Atoll, and Rongelap Atoll. These readings were then compared with radiation readings from Majuro Atoll in the southern Marshall Islands (a control island, for the purposes of the study) and with readings of Central Park in New York City.

Central Park and the Majuro Atoll experience 100 and 9 millirems of radiation per year, respectively. Enewetak had the lowest radiation levels, at 7.6 mrem/y, which makes sense, since the island has had extensive cleanup efforts. Rongelap has higher levels at 19.8 mrem/y, and Bikini Atoll has the most radiation of the islands studied, with a mean of 184 mrem/y. The authors note their estimates disagree with earlier estimates from the mid-1990s, which indicated a level of radiation close to what this study found in 2015, despite the fact that 20 years of decay happened between the studies.

However, it’s not clear how much of that radiation would find its way into the bodies of the islands’ human inhabitants, or how much of it stems from nuclear tests. The authors continue:

As it is, Bikini Atoll is the site of a narrow apocalypse, a still-open wound from the Cold War. The study argues that the wound still festers, and encourages more study before people move back. Idyllic as the islands may look to the naked eye, the bombs blasted into the site decades ago extend their deadly reach into the present, vengeful ghosts of our atomic dawn. 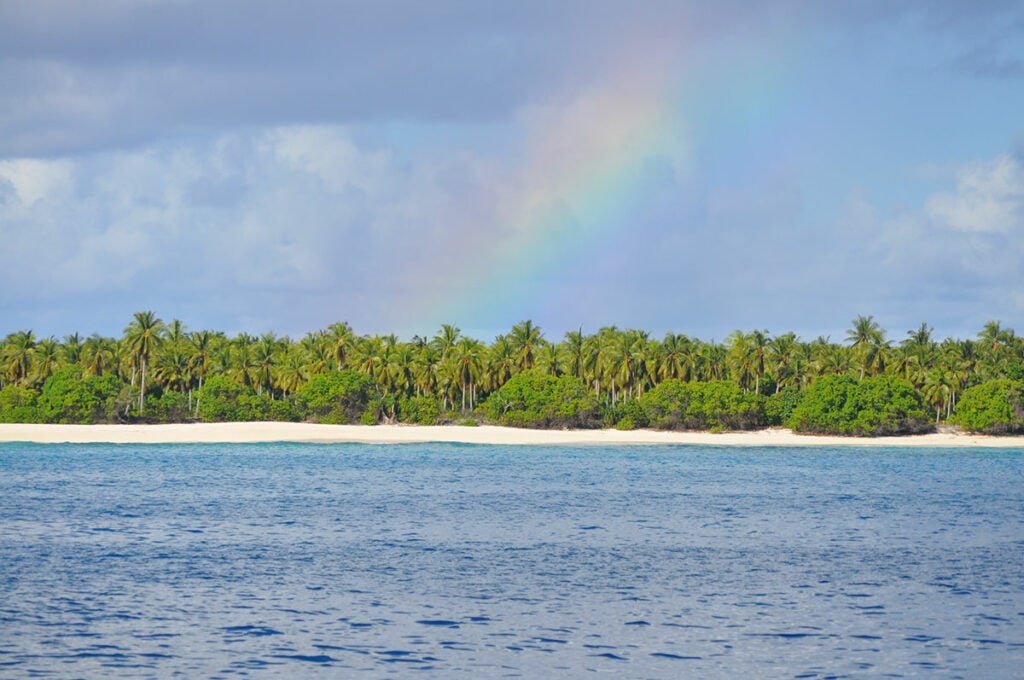 Update: A previous version of this story misstated the exposure levels of Central Park, and identified the wrong researcher as lead on the project. The story has since been corrected.