Guy Spiller is a special kind of archivist. 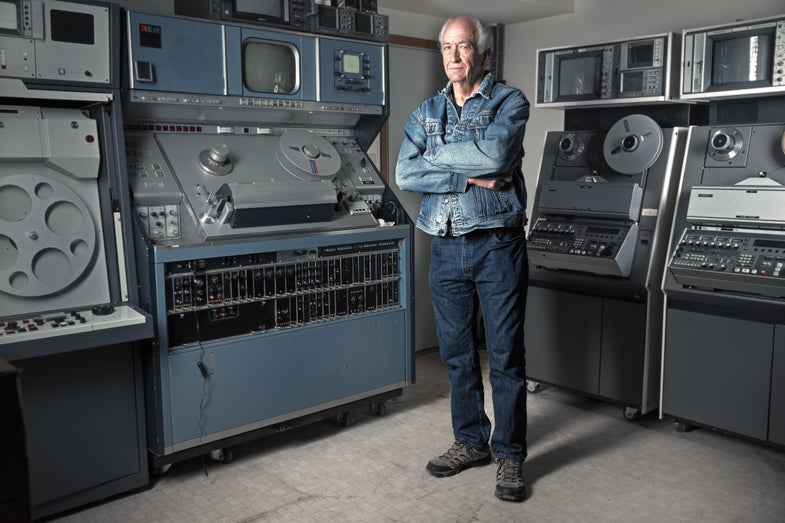 Like a lot of kids who grew up in Richmond, Virginia, during the ’60s, Guy Spiller loved The Sailor Bob Show, a locally produced children’s program about an artistic mariner and his posse of puppets. So it was more than a little surreal when, almost five decades later, the semiretired broadcast engineer found himself at home digitizing the show’s original reel-to-reel recordings with the help of one of the few machines left on Earth that could play them. “Holding the actual episodes I had seen as a kid, watching and remembering all the songs and segments, it was a pretty amazing experience,” Spiller recalls.

In an age when we can summon up virtually any video from any era on YouTube, it’s tempting to assume that television history has been fully preserved. Tempting, but wrong. Whether it’s Sailor Bob or hokey restaurant and car-dealership commercials, at least three decades’ worth of low-budget pre-digital television remains in real danger of disappearing forever.

Drive 85 miles north of Spiller’s Midlothian, Virginia, home, and you’re confronted with this reality head-on. More than 40,000 reels of 2-inch quadruplex—the same tape format Sailor Bob was recorded on—line the shelves at the Library of Congress’ Packard Campus for ­Audio-Visual Conservation. Only a fraction of these have been digitized, usually the higher-profile stuff like President ­Dwight D. Eisenhower’s inaugural color-TV broadcast or the newscasts of Martin Luther King Jr.’s ­assassination.

The Library’s archivists have a lot of work to do; smaller fries, like the retired ­newscaster looking to preserve his reel on a format his grandkids can watch, often get referred to a guy like Spiller, who can rip your 2-inch strip into nearly any digital video format you require. But Spiller also has a backlog. He’s one of only a handful of people—­including the full-timers at the Library—with both the means and expertise to help usher these vital pieces of Americana into the digital realm. ­Working out of his home, Spiller digitizes around 100 hourlong reels of 2-inch quadruplex ­videotape a year.

Step into Spiller’s basement studio, and you’ll find the primary engines of his art: two 1,800-pound, armoire-size RCA TR-70C videotape recorders. Machines like these basically went extinct three decades ago, says Spiller. He should know. The 67-year-old spent the early part of his career using and repairing them. So far, Spiller has managed to find and rescue eight so-called quads before they ended up in landfills. “I guess I’m kind of like the SPCA for old broadcast and recording equipment,” he says.

Introduced in 1956, quads were some of the most complex machines of their era. Invented to play 2-inch quadruplex reels—the first official tape-based format of the broadcast television industry—they allowed for the real-time recording and instant playback of any show. A quad’s guts are an amalgamation of vacuum pumps, air compressors, motors, electrolytic capacitors, resistors, and transistors.

“The ‘quad’ in quadruplex refers to the four video heads they use to divide up the picture,” says Spiller. “All four of those channels need to play back as close to perfectly in sync as possible, or you’ll start to see visual artifacts,” he says.

Before quads, TV stations would essentially record broadcasts by filming TV monitors. (Yep.) If you wanted to rebroadcast something, you’d have to develop that film, so most networks simply wouldn’t replay a show in multiple time zones. Quads changed everything. Then easier­-to-manage machines made them obsolete.

Shoved in a forgotten backroom at the University of Georgia, Spiller’s RCA hadn’t seen an electric current in 27 years when he found it in 2010. It required around 70 new electrolytic capacitors plus a full week of tinkering to bring it back to life. Watching the technomancer prep and operate the restored machine, it’s clear why he’s in rare company. Spiller often looks like he’s conducting some elaborate electromechanical symphony.

It can take upwards of 15 minutes to clean the tape path: the guide, the rotating rollers, the stationary heads, and the control track head. You do this before every recording. Once you’ve threaded a tape through this labyrinth, extracting the best picture then requires near-constant knob-twiddling and fussing.

Despite these complexities, it’s a process the retired engineer loves, especially in an age of disposable tech. Spiller charges hundreds of dollars to digitize an hour of footage (though it varies a lot depending on the tape), and gets material from all over the country. “I’m saving these machines; I’m getting to save shows from the Golden Era of TV, and I’m making people very happy,” he says. “So, yeah, it’s satisfying on pretty much every level.”

This article was originally published in the May/June 2017 issue of Popular Science, under the title “The Old-Show Hero.”