This excavator is one of the largest land vehicles on Earth

A mining monster, by the numbers. 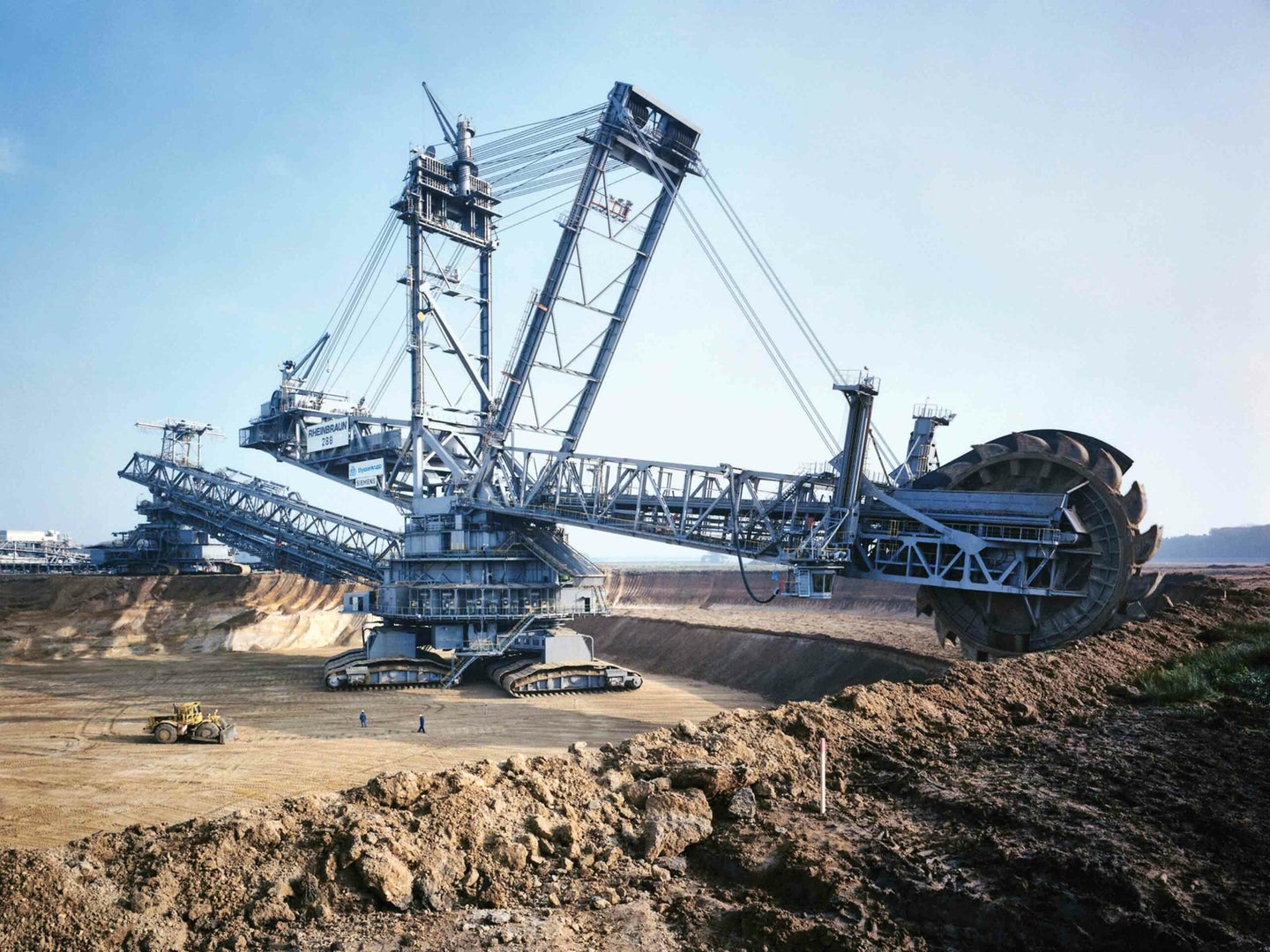 Taller than the Statue of Liberty and heavier than the Eiffel Tower, this German mining machine is one of the largest land vehicles on Earth. In HBO’s futuristic Westworld, a bucket-wheel excavator like this claws out an entire city. In reality, these diggers work in open-pit mines. The excavator pictured here, called Bagger 288, uses its revolving wheel of buckets as a shovel to continually shift 8.5 million cubic feet of dirt a day. Once it reaches a seam of brown coal, or lignite, it can harvest 265,000 tons of fuel a day. And the crew this behemoth requires? A mere three to four people.

conveyor belts receive overburden (soil and rock) or lignite from the buckets, and carry the material at more than 11 mph. Each belt is 10.5 feet wide, big enough to ferry a Smart car with ease.

feet of electrical cables (each the diameter of a man’s arm) feed electricity to the excavator. In any given moment, it can use as much juice as a city of 20,000 people.

feet tall, the bucket-wheel is the height of a seven-story building. Each of its 18 buckets is 7,700 pounds (empty!) and can scoop 230 cubic feet of soil, enough to fill a cargo van.

This article was originally published in the May/June 2017 issue of Popular Science, under the title “Mining Monster.”