Audi shows off an all-electric sports car with four motors and enough torque to move a tugboat. Don't get excited, it's just a study 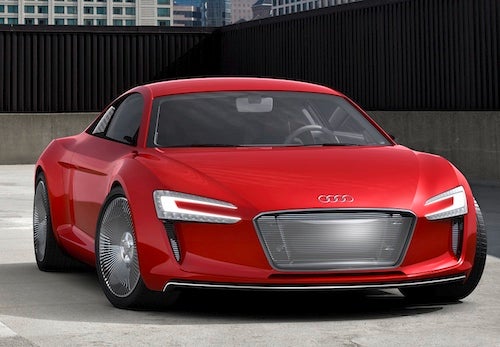 At the Frankfurt show this year, Audi is showing off the E-Tron, a sports-car concept powered by four electric motors, together producing 3,319 pounds-feet of torque -- more than an M47 Patton tank. Audi
SHARE

A major auto show without concept cars is just a heated parking garage with shrimp cocktail. So with the Frankfurt show’s press days underway, Audi revealed a technical study that examines what its R8 sports car might be like if powered by four electric motors. The answer is the E-Tron. Those four motors together produce a modest 313 horsepower, but an astronomical 3,319 pound-feet of torque.

Not all that torque comes on at once, of course. Such a quantity of twisting force — as much as an M47 Patton tank — would turn all four tires into rubber vapor at the first throttle stab.

The E-Tron has an electronic version of the torque-vectoring system found in some of Audi’s road cars, which distributes torque to each wheel as needed to maximize traction and cornering ability.

Audi says the E-Tron can get from zero to 100 km/h (62 mph) in 4.8 seconds — not spectacular in supercar terms. Given a rolling start, though, the plot quickens: 37 mph to 75 mph takes just 4.1 seconds, the extra torque stepping in to defeat mounting forces of friction and wind resistance. Top speed is 127 miles per hour, and the concept won’t be of much service on long trips, considering its range of 154 miles. The liquid-cooled battery has a total energy content of roughly 53 kilowatt hours, with a usable portion restricted to 42.4 kWh to maximize service life.

As for weight distribution, Audi mounted the heavy battery pack behind the passenger cabin, which it says was done for optimal center of gravity and axle load distribution, giving the car a front/rear weight loading of 42/58, close to that of the gasoline-powered R8. A specialized thermal management system controls the temperature of the drive system, power electronics and the battery, as well as interior climate control. A heat pump is used to warm the interior if there’s not enough waste heat available from the electrical system.

The E-Tron is also a showcase of something Audi calls “car-to-x-communication.” That is, it’s a prototype for an information-processing system that networks the E-Tron to other cars and its surroundings by way of transmitting devices. Such a system could reduce accidents, mimimize roadway congestion, and open up new convenience functions, like finding the one available parking space in a crowded supermarket lot.

Like most concepts, Audi has no plans to build the E-Tron as, say, a competitor to the Tesla roadster, though expect to see some of the technologies and design cues show up in other vehicles. That parking system would be hot.

At the Frankfurt show this year, Audi is showing off the E-Tron, a sports-car concept powered by four electric motors, together producing 3,319 pounds-feet of torque — more than an M47 Patton tank. 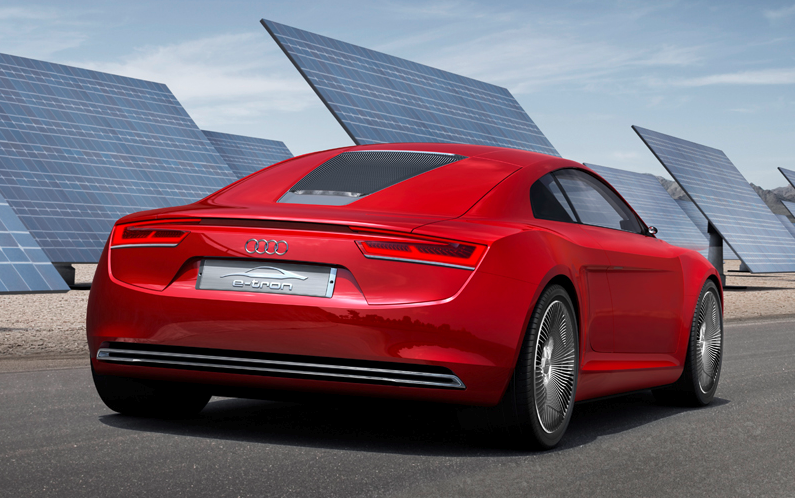 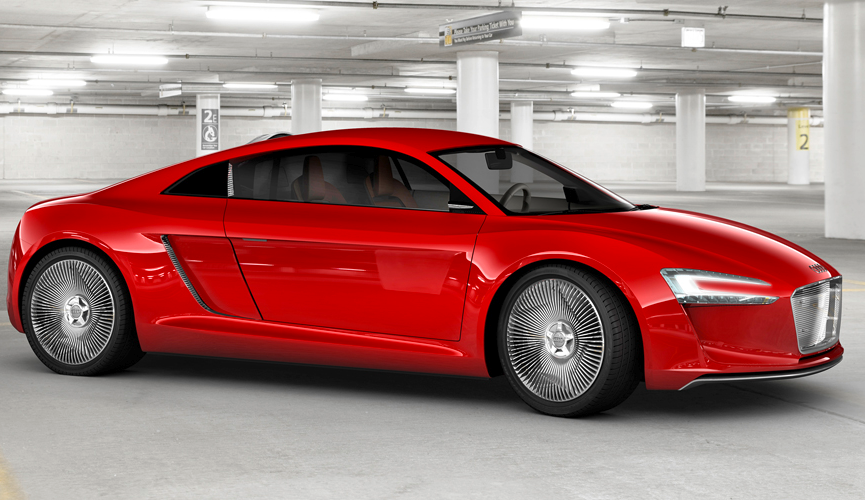 Audi says the E-tron’s systems can distribute the car’s massive amounts of torque to each of its wheels as needed. The so-called “torque vectoring” system — similar to that on some of the company’s gasoline-powered road cars — allows for a more agile and precise-cornering car. For example, the system can add torque to an outside rear wheel during a corner for quicker turning. 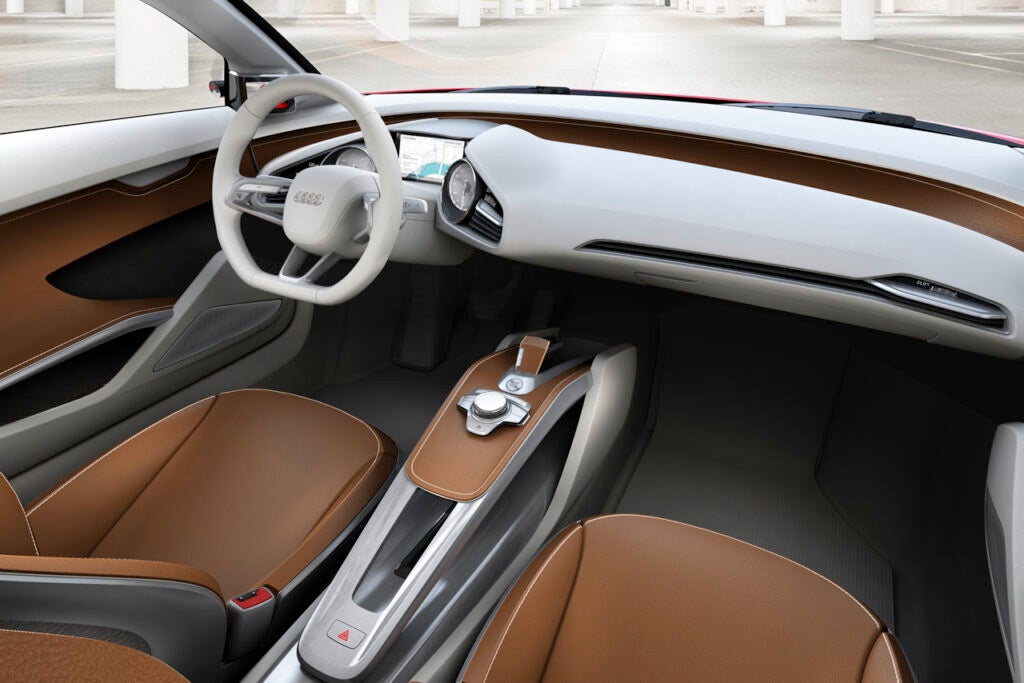 The Audi E-Tron concept’s interior takes advantage of the lack of a traditional drivetrain encroaching on space; designers created a slim center tunnel and console with a flush gear selector. A thermal management system controls both the interior climate and the operating temperature of the electric drive system, both of which can be heated and cooled as needed.
audi
auto news
Cars
concepts
electric cars