Land Rover’s next Defender will run on hydrogen

The prototype SUV will employ a fuel cell that creates electricity to power the vehicle. 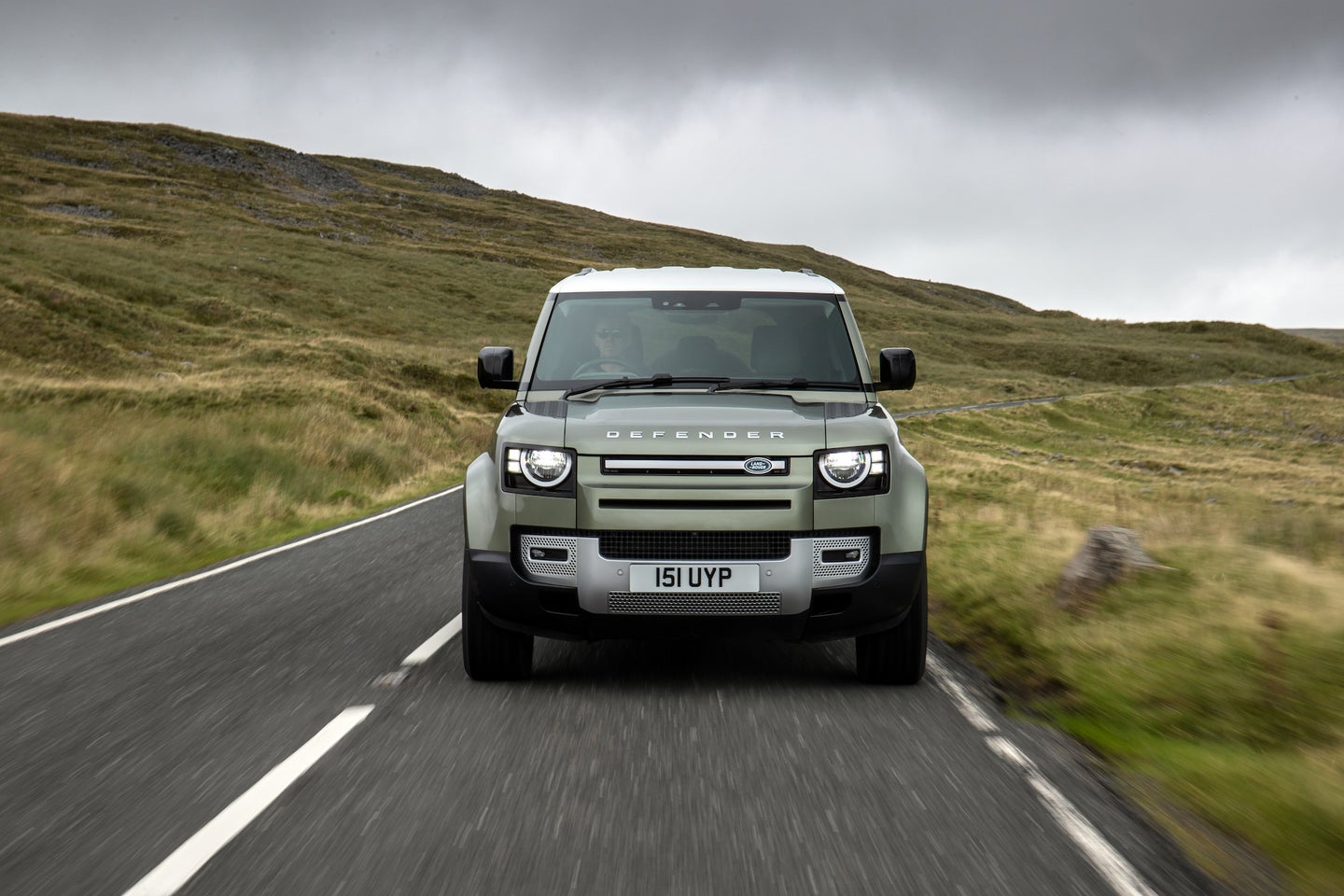 Modern electric cars are finally gaining traction on American roads. Tesla and other automakers are redefining the family vehicle, while companies like Rimac are building the next battery-powered hypercar. But despite the fact that this new tech is still in its infancy, manufacturers are still looking for the next big breakthrough in automotive power sources.

Enter hydrogen: a seldom-used fuel source for vehicles that reaps all the benefits of an electric powertrain while promoting ultra-fast refueling times. The latest company to jump onboard is luxury British automaker Land Rover, which is developing a prototype of its Defender SUV that’s powered completely by hydrogen.

The Land Rover Defender prototype looks like any brand-new car on a dealer lot. But what will be found under the hood is what makes a difference. This particular concept is a Fuel Cell Electric Vehicle (FCEV), meaning that it uses hydrogen to make electricity, which will later be converted into mechanical energy to turn the vehicle’s wheels.

Hydrogen-powered cars refuel almost like any other car on the road today, except instead of visiting a pump that dispenses gasoline, the vehicles are instead filled with hydrogen. A high-pressure onboard tank stores the hydrogen in gaseous form and dispenses it to the vehicle’s fuel cell.

It’s in the fuel cell where the real magic happens. Hydrogen stored in the tank is introduced into the fuel cell along with oxygen from the atmosphere. The hydrogen wants to react with the oxygen, but the fuel cell is designed in such a way that a series of chemical reactions must occur in order for the hydrogen to form a covalent bond with the oxygen. These chemical reactions generate electricity without any noxious exhaust fumes like a gasoline engine. The only byproduct is plain old H2O: water.

Generated electricity is stored in an onboard battery, similar to what is found in an electric car or plug-in hybrid. Electric motors power the wheels and recapture power through regenerative braking. As the battery begins to drain, the fuel cell generates additional power to top-off the charge. You never have to plug it in.

One of the biggest benefits to Fuel Cell Electric Vehicles is hydrogen’s energy-dense properties. That—along with the ability to rapidly refuel and the minimal loss of range in frigid temperatures—is a major point of contention for battery electric vehicles. The ability to get back on the road quickly with a full tank and stay on the road longer (in any temperature) makes it the ideal use case for fuel cells in large, off-road capable vehicles like the Defender prototype.

Land Rover says that it’s building this particular SUV as part of an internal study called Project Zeus. This initiative focuses on the efficiency of electrified propulsion and is meant to aid the company in learning how these alternatively-fueled powertrains can be used to power the next generation of cars and trucks roaming the streets. The Land Rover brand itself has a rather ambitious goal of producing zero tailpipe emissions in new vehicles by 2036. Hydrogen is another approach that the brand can look to in order to accomplish this.

In fact, Land Rover isn’t the first brand to consider a hydrogen-powered Fuel Cell EV for their lineup: Honda offers the Clarity, Hyundai sells the Nexo, and Toyota has the long-running Mirai that offers a class-leading 76 miles per gallon equivalent. Unlike the Land Rover Defender prototype, these can be purchased as a brand new current-year vehicle.

But hydrogen does face one large shortcoming: the number of publicly accessible fueling stations.

The United States Department of Energy says that only a paltry 49 hydrogen fueling stations exist in the US as of June 2021. Studies show that around 584 hydrogen stations exist worldwide, more than half which are located in the Asia-Pacific region, while Europe, hydrogen’s second-largest market, has approximately one-third of the remaining.

Land Rover believes this number will skyrocket to around 10,000 fueling stations by 2030, and hydrogen will make up the powertrain of around 10 million vehicles.

As more of the world shifts towards electrification, automakers are finding that consumers want to charge their vehicles as rapidly as they can fill up a combustion-powered car with gasoline. Current battery technology doesn’t exactly offer that, so consumers want more range; the problem is that adding more battery cells significantly increases the price (and weight) of the car. Hydrogen could offer good range and a way to quickly fill up—if drivers can find a hydrogen station.

This doesn’t mean you can expect to see a FCEV-powered Land Rover in your driveway anytime soon, but in the future you just might.