The game only costs $40 and will let you unlock everything just by playing. 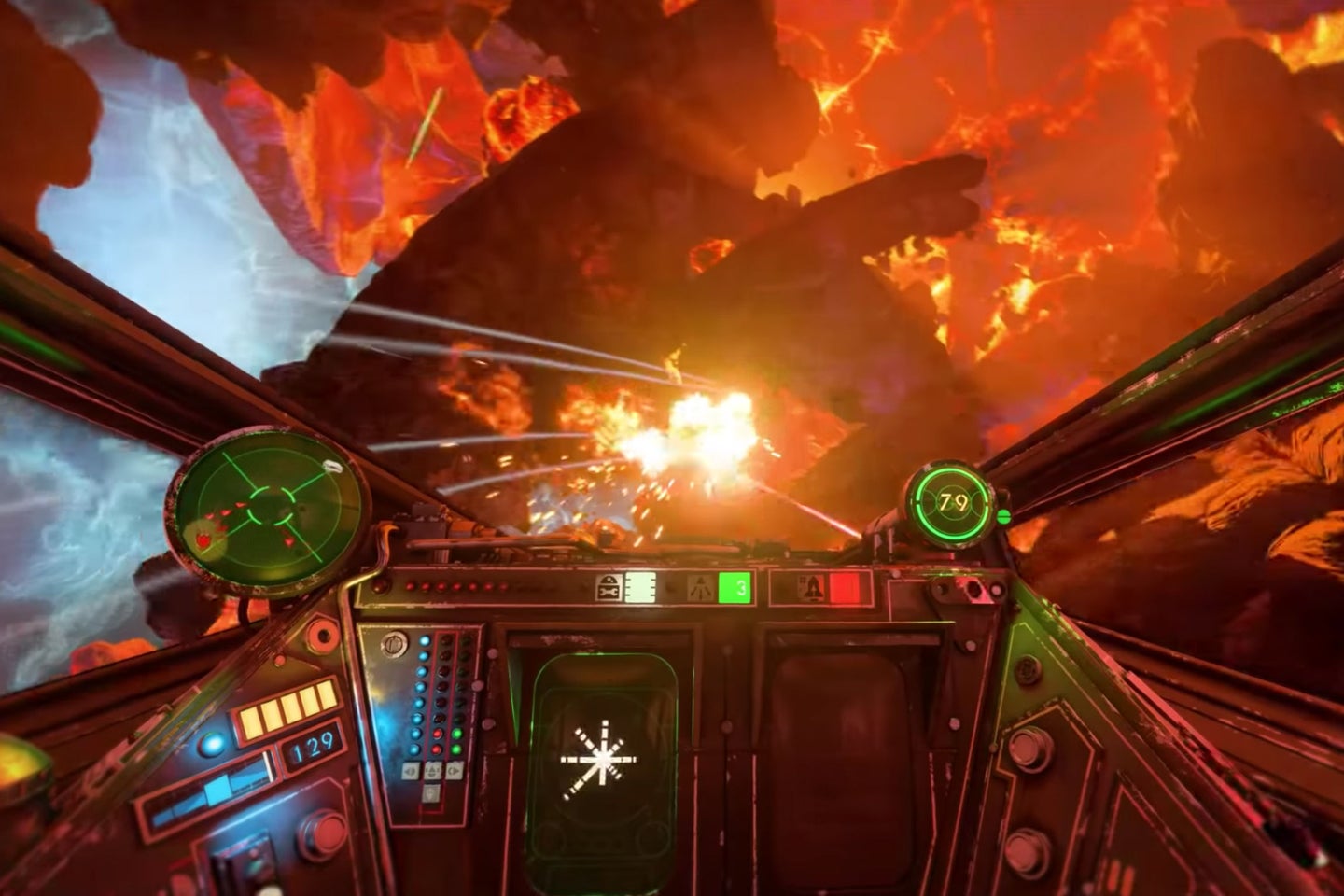 Even if you’re not a huge Star Wars fan, the appeal of plunking down into an X-wing or some other slick space fighter has almost undeniable appeal. At least that’s what EA hopes for its upcoming outer space dogfight title, Star Wars: Squadrons.

EA unveiled the first gameplay trailer for the upcoming Star Wars title at an event last night and, even with massive hype going in, the video delivered on the promised excitement. From a gameplay standpoint, it offers a single-player campaign in which you can play as a rebel or the empire. The real draw, however, lies with the multiplayer modes.

All the multi-player offerings are team-based. There’s a basic five-on-five battle option, but the signature online play mode is more complex. It’s split up into three separate missions with various objectives, each of which requires its own specific strategy. Players can take on other human teams or work against AI.

As for ship selection, there are four class options: fighters, interceptors, support, bombers. You can customize and upgrade your ship (as well as your pilot) with new parts and unlockable upgrades. It sounds awesome, if a little familiar, but there are some notable differences between this and EA’s typical offerings that make it particularly exciting.

First, the game will cost $40 instead of the typical $60 and, according to the trailer, it will allow players to unlock all the custom ship parts, cosmetics, and pilot tweaks simply by playing the game. The title will also debut on Xbox One, PlayStation 4, and PC allowing cross play between the platforms.

If you play on PC of PlayStation 4, you can also navigate the entire game through VR. After watching five minutes of the trailer with all of the fast action and aerial maneuvers, it seems like it could get overwhelming in VR. Still the sheer novelty of flying a well-executed straighter with a high-end VR rig sounds fun.

The game isn’t set to hit shelves until October, but there’s still a lot going on in the tech world. Here’s a quick look back at the big tech stories you may have missed this week.

Hey is an email service that charges $99 per year for access to its app as well as an @hey address. You have to sign up through Hey’s site in order for the app to work and there’s no way to sign up directly through the App Store, which is against Apple’s policy. The makers of Hey claim they don’t want to pay the 30-percent fee Apple would take for letting users sign up through the site and that the rules don’t equally apply to everyone. This isn’t the first time companies have taken issue with this practice, but it’s one of the louder examples to come along in some time.

Earlier this week, AMC theaters announced a plan to re-open their cinemas without requiring masks. Potential viewers were angry about the decision and now AMC has changed its course, so if you want to go watch movies with total strangers, expect to cover your face while doing it.

Fortnite had a flood

This past Monday, millions of players logged into the cartoony Battle Royale game for a special event in which the Fortnite island map underwent some major changes. The event set viewership records on Amazon’s video game streaming site, Twitch, on which 2.3 million people watched “The Device” do its thing. So, if you have kids and they’re suddenly asking you for $11, it’s because the new season of Fortnite just hit and they want the new Battle Pass.