The year’s wackiest smartphone and a recap of the week’s biggest tech stories. 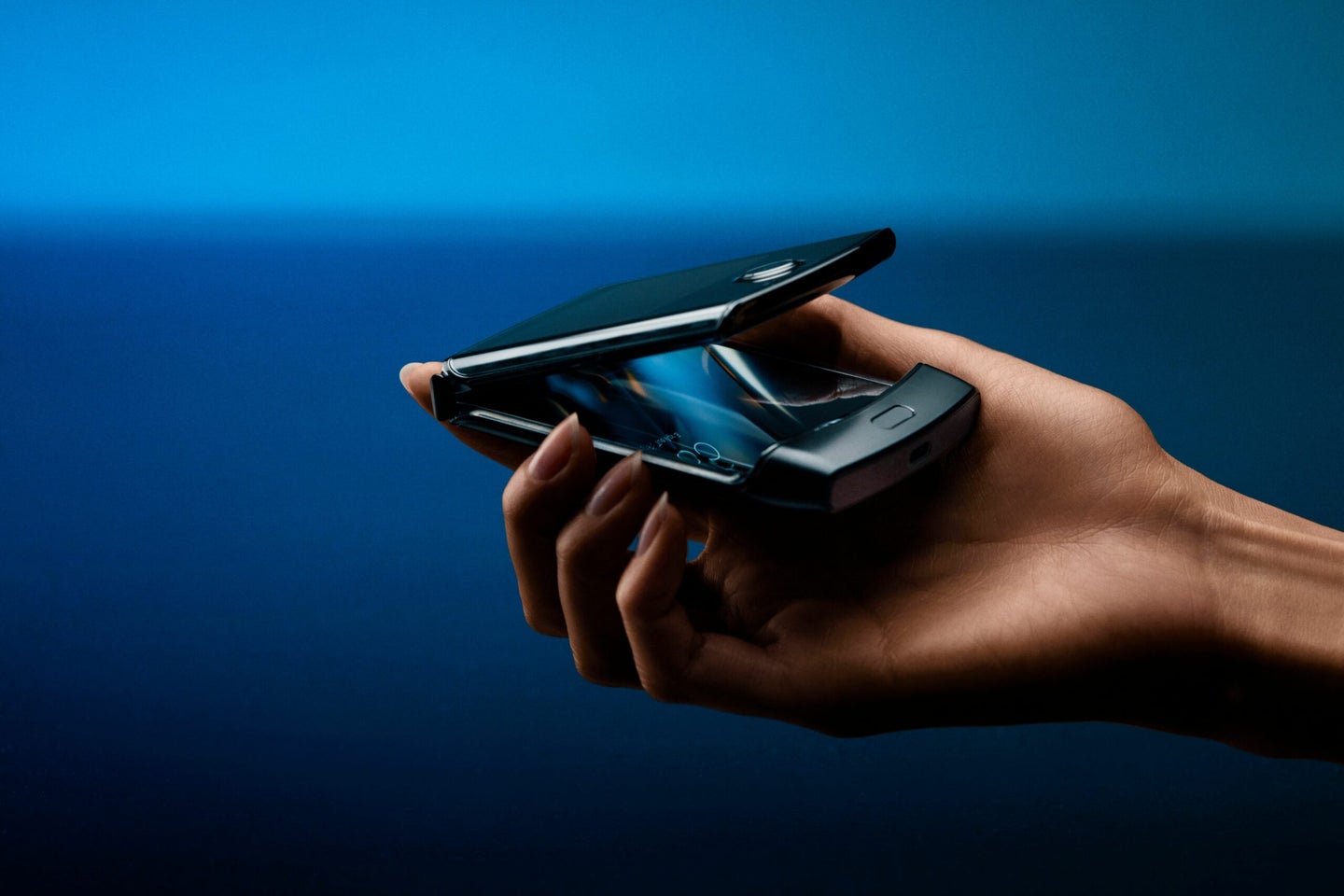 Looking at this photo, you can almost hear the sound the phone makes when you close it. Motorola
SHARE

Motorola just released a version of its iconic Razr flip phone with a folding display and it looks really good. That’s a surprising fact here in 2019. First, Motorola hasn’t exactly had a ton of blockbuster hits when it comes to smartphone hardware recently. On top of that, folding screen phones have had an incredibly rough year, which started with lofty promises at CES that eventually dissolved into general uncertainty about whether or not anyone could even make a foldable device without it breaking almost immediately. Microsoft flat out said that it was avoiding flexible screens completely for its folding device.

But, even with all of those factors working against it, the new Moto Razr looks promising. Closed, the device could almost pass as the familiar 2006 version of the phone. The 2.7-inch external OLED screen is much more robust than the original’s, of course, but it still has the look of something Veronica Mars would have used in season two back in the mid-2000s. Flip the new Razr open, however, and there’s a 6.2-inch OLED screen hiding inside, ready to handle all the typical smartphone stuff you’d expect an Android device to do.

The company claims to have solved some of the prevalent hinge problems that have affected other phones in the category and it can even simulate the layout of the old Razr if you enable “retro mode.” There’s almost no crease where the screen folds, and the clever hinge design appears fairly secure to prevent tiny bits of pocket or purse grime from getting in and destroying the delicate mechanisms. Only real-world tests will tell if that’s actually the case, but having watched the catastrophe that happened with the Galaxy Fold’s initial release, I’d hope that Motorola did everything possible to avoid that from the start.

The company will clearly bank on nostalgia to help sell the $1,500 gadget, but it doesn’t seem entirely like a gimmick. Folding in half allows a 6.2-inch phone to fit in much smaller pockets and the smaller outer screen isn’t trying to do more than it should.

Of course, you still probably shouldn’t actually buy the Razr when it hits stores in January of next year unless you made millions selling your dog park locator app and now you’re just trying to find ways to spend your cash. But, if you love gadgets and have extra money, this is the kind of thing you live for.

On this week’s show, we put Google’s real-time transcription tech to the test in its Pixel 4 smartphone? Can it understand Shakespeare better than I did when I half-read it in 10th grade? Listen to find out. You can check it out in the player above, subscribe via Apple Podcasts, or follow along on Anchor.

Apple announced its 16-inch MacBook Pro with a better keyboard

The MacBook Pro keyboard hasn’t been very good for roughly four years. This week, however, Apple announced a new version of its flagship laptop and—after a few minutes of typing on it—I can already confirm that it’s better. The new MBPs also bring a bigger 16-inch Retina display as well as a larger battery and improved thermal performance. Look for a review in the coming weeks.

If your Star Wars-obsessed coworker has been missing all week, it’s probably because they’re at home watching every bit of content they can on Disney’s new $7 monthly streaming service. Some early technical issues prevented users from streaming on day one, but that didn’t stop more than 10 million people from signing up.

If you think you have pipes like Queen’s late lead singer, give Google’s Freddie Meter a shot. It didn’t go well for me, but you will probably fare better. Just maybe wait until you’re at home instead of trying at the office.

Apple announced its Research app and you can take part

Choose any of the three studies involved with Apple’s new Research app, and the company will use the information it collects from your iPhone and Apple Watch to conduct scientific work that could lead to medical breakthroughs or influence future products.

After some reportedly successful localized testing, Instagram has officially started killing off “like” counts on posts all over the world. It’s unclear who it affects right now or when the rest of us we’ll get the update, but enjoy those stats while you have the chance.

AMC released a boring game about sitting on a plane

That sounds like a silly way to set up a game, but AMC actually set out to bore players with its game, Airplane Mode. It simulates the most tedious parts of flying, such as crying babies, spotty internet, and even delays. Fun!

James Dean is dead, but he’s starring in a new movie

Should digital versions of actors appear in Hollywood movies? And if so, how do studios even do it? Find out here.