Google Stadia is the company’s new cloud-based video game platform. Here’s what you need to know.

Google is about to go hard in gaming. 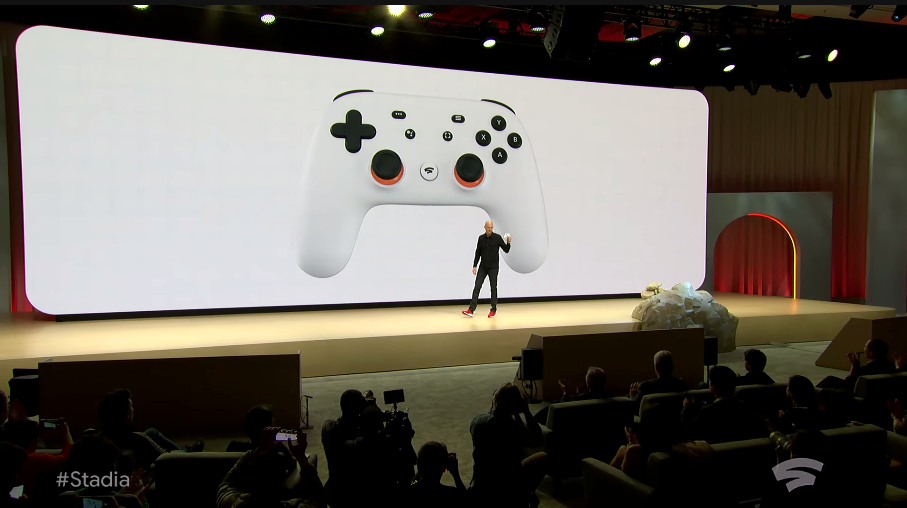 Video gaming is big business and it goes well beyond the assortment of game apps you can find in the Google Play store for Android. Today, Google is taking the stage at the Game Developers Conference in San Francisco to announce a new gaming product. There’s a lot of speculation about what it might be, including an expansion of its cloud-based game-streaming platform, Project Stream, which allows users to play Assasin’s Creed Odyssey on devices running the Chrome browser.

The live stream is embedded above, so feel free to follow along and watch the announcement, or just check out the updates below as we add them in almost real-time.

Google’s CEO, Sundar Pichai is on-stage at the beginning of the keynote. He admits that he’s not much of a gamer, but reminds everyone that Google’s AI is quickly learning how to beat humans at various video games like Go and Starcraft II. He also touts the idea that Waymo’s self-driving cars have spent millions of hours in simulation, which is a game in a way.

The new platform is called Stadia and it’s clearly designed to rope in both gaming and streaming for people who want both active and passive consumption. It wants to give you all the reasons you could want to quit your job and just soak your brain in games.

The first demo goes back to the Assasin’s Creed franchise. The example shows a user watching a YouTube trailer for the game and pressing a “play” button. Within five seconds, you’re playing the game via cloud streaming.

At launch, it will support desktops, laptops, TVs, and phones. There’s no box and everyone plays from the same code.

You play on a TV using a Chromecast Ultra instead of buying a new box. You can use existing USB controllers or mouse and keyboard to play.

The Stadia controller has a capture button that can immediately start sending your game stream to YouTube. There’s also a Google Assistant button that game developers can use for in-game features. I hope you can use it to talk to Cortana in Halo.

When Stadia launches, Google says it will stream content up to 4K at 60 fps. It will also do surround sound and HDR. It also says it will be able to handle 8K streaming in the future when anyone has an 8K TV.

Google is seriously flexing its data center muscles here. There will be two streams, one that lets you play the game and another that gets stored in the cloud in 4K so you can share your replays.

One of the big draws according to Google is the direct connection to the servers without having to rely on the internet in general. This could mean more reliable multiplayer games with thousands of concurrent players. Imagine playing Fortnite against thousands of middle schoolers instead of just 99.

There are 200 million users watching going on YouTube every day and Google wants more people to get in on it. People watched 50 billion hours of gaming content last year, which is a wild number. A new feature called Crowd Play will allow users to jump into a game with a streamer. So, if you’re watching a game and want to join in, you can use the button to join the lobby. It sounds like it could be a very grabby tool for gamers with a big audience.

Google Assistant integration will allow users to ask for advice instead of going over to Google and searching for it. It seems slightly weird since Google would make ad money off of a search and presumably won’t off of a voice request, but maybe that use case is too small to matter.

Stadia Games and Entertainment is Google’s first-party game studio. It’s going to make its own titles. Here are some guesses at what they might be called:

That’s all the information we’ll get about Stadia for now, but Google says it will launch this year.

Overall, I wish the presentation talked more about what games will be available, but GDC is for developers and not gamers, after all, so it’s not tally surprising that the titles aren’t the main attraction.