Great online games to play with friends, even when you’re apart

Social isolation can still be fun. 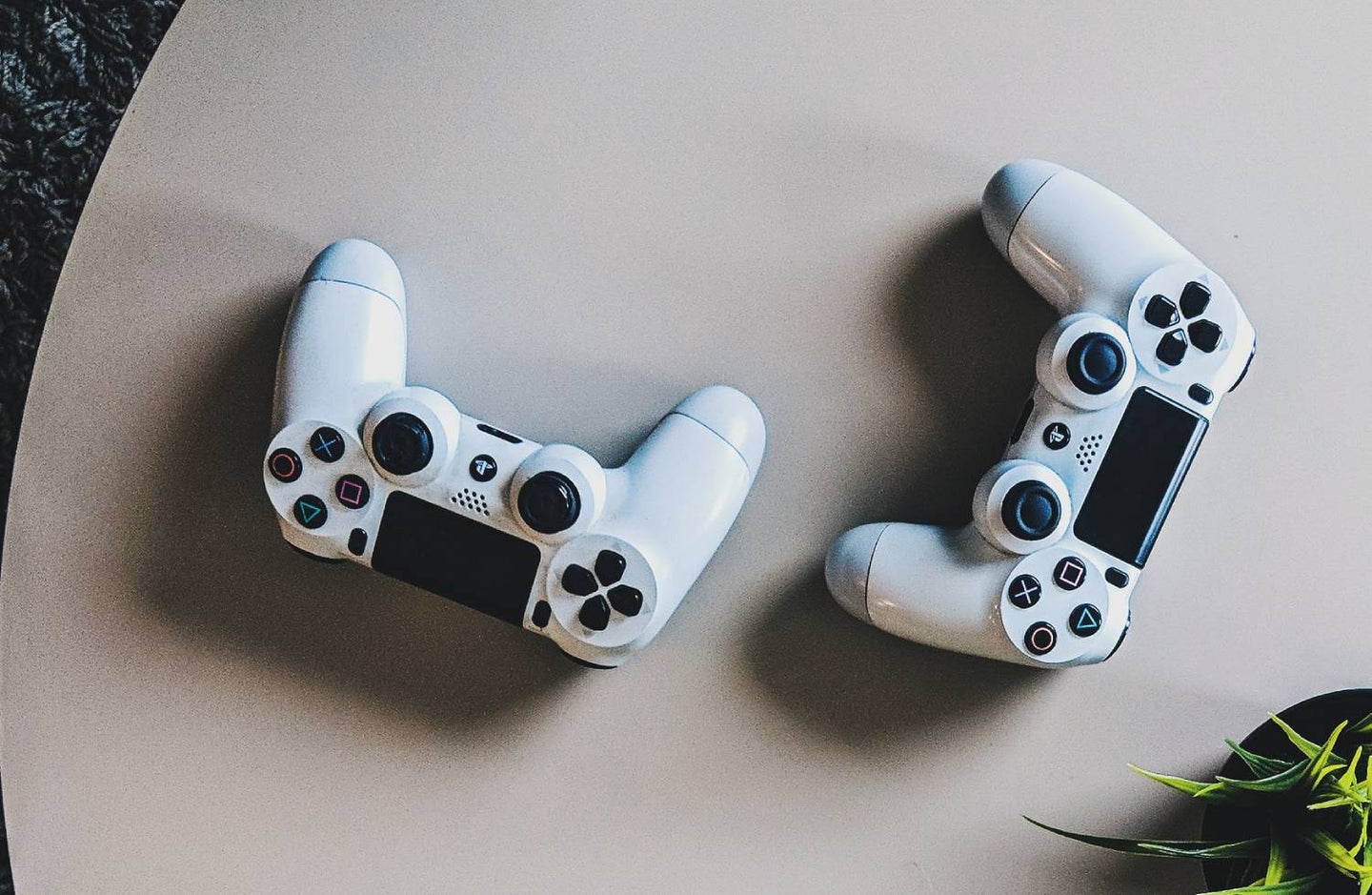 You may not need two controllers now, but you can still play with your friends. Lweendo Hachileka / Unsplash
SHARE

This story has been updated. It was originally published on April 17, 2020.

These days, we’re all spending a lot more time indoors, and some people may be having a hard time being physically cut off from friends and family. But even if you can’t be in the same room as your loved ones, you can still have a good time with them through multiplayer online games—a great way to stay in touch and have fun at the same time.

There are a lot of options out there that offer multiplayer modes and allow you to connect with random people over the internet, though they’re not specifically designed for that. Here, we’ve picked games that were created to be enjoyed socially and are geared toward playing with people you actually know.

The latest Animal Crossing game has been a huge hit on Nintendo’s latest console and it’s easy to see why. The reflective and relaxing gameplay, the cute and cartoonish graphics, the dream of a simple life on your very own island—it’s definitely a soothing alternative to the modern age.

If you’re completely new to Animal Crossing: New Horizons, it’s a slow-paced simulation game where you build a house and live your life on an island cultivated to your tastes. There are a lot of activities you can do with your character, from collecting creatures for the local museum to growing your own forest. But where you focus your energy is largely up to you.

And this is where the multiplayer aspect comes in—you can accept visitors and let them wander around your home, pass the time with them on the beach, or even allow them to help you develop your island.

Animal Crossing: New Horizons is $60 and available on Nintendo’s website.

There’s a reason Pictionary is such a popular way to pass the time: It’s simple, fun, and everyone can have a go. What Draw Something does is translate that game to a mobile app that lets you play remotely with people living across the street or across the world.

You’ll have a variety of game modes to pick from, but if you stick to the default, you’ll find it’s the same as classic Pictionary: you draw an object and see if your teammates can guess what it is in the minimum amount of time. And you don’t have to set a specific time to play—turns can be as fast or as slow as you like.

The game lets you share your digital creations on social media too, take on individual drawing challenges, and earn points and various in-game prizes like medals—which won’t get you anything, but they’re nice to have .

Draw Something is free with in-app purchases, and it’s available on iTunes, Google Play, and Zynga.

Clash of Clans lets you get involved in some seriously addictive digital world-building, as you develop your own sprawling village based on the resources you’ve managed to plunder from the opposing clans in the game.

As you expand your empire, you can enlist the help of your friends and their clans, or battle them and see who emerges victorious—adding an extra layer of interest to what is already an engaging and entertaining mobile game.

Clash of Clans may not be particularly innovative, but its long-standing popularity proves how enjoyable it is to play. Developer Supercell continues to add new content and challenges on a regular basis, so if you’ve already played this game a lot, you’re likely to find something new upon coming back.

Clash of Clans is free with in-app purchases, and it’s available on iTunes, Google Play, and Supercell’s website.

For many families, Monopoly is the classic board game that would get everyone sitting around the table for hours. But now, thanks to smartphones, you can continue playing even when a physical gathering is not possible.

The basic dynamic of Monopoly needs no explanation, and it remains the same in this officially licensed mobile version. We bet it won’t be hard to convince your friends and family to download the game.

But if they’re not available, or if you’re beating them a little too easily, you can always opt to take on random strangers from around the world.

Monopoly is up to $4, and it’s available on on iTunes, Google Play, and Marmalade Game Studio’s website.

Some titles on this list are aimed at the casual, laid-back, occasional gamer, but Borderlands 3 is an exception. If you want to survive on a variety of alien planets, you’ll need to keep your wits about you and your weapons primed.

Players need to gain experience, defeat marauding enemies, earn rewards and recognition, and plunder loot. A fun and engaging game, Borderlands 3 is beautifully designed and has a wide variety of settings and environments.

Enlist the help of one, two, or three pals, and you can play as a team, which is more exciting than exploring alone. You can assign specialist roles to the other members of your team, too, using each set of individual skills to your benefit.

Borderlands 3 is $30 and above, and it’s available on the Borderlands website.

What we like about the online multiplayer mode in Red Dead Redemption 2 is that you and your chosen posse can go at your own pace, whether that’s becoming infamous gun-slinging outlaws or simply moseying around the gorgeous scenery.

Some advice, though: before you step into multiplayer mode, it’s well worth going in by yourself first to get a feeling for the controls, the characters, and the different environments that make up this vast digital open world. From snow-capped mountain peaks to the bustling streets of Saint Denis, you’ll have plenty to explore.

Once you’ve gone through that, invite up to six friends and roam the Wild West together—or turn against each other, whatever seems more entertaining to you.

The developer keeps producing new side missions and surprises, so this is a game that’s going to last you a long time.

Red Dead Redemption 2 is $60 and above, and available on Rockstar Games’ website.

The ninth incarnation of the long-running car racing and stunts game may well be the best one yet, with superb visuals, plenty of depth, and high-adrenaline gameplay that will make the hairs on the back of your neck stand up.

Besides the single-player mode, you can choose to race with your buddies and earn points and honors as a team, or race against them to see who can get to the finish line first. And unless you’re really popular, Asphalt 9 should have you covered—the game allows up to eight players to compete at once.

Kudos to the developers for the number of game modes and features they’ve managed to pack in here, too—you won’t quickly exhaust the number of challenges, customizations, and upgrades you can work through.

Asphalt 9: Legends is free with in-app purchases, and available on the Asphalt Legends website.

Minecraft is one of the most popular and successful video games of all time, period; and the open-ended construction vibe makes it especially fun to play with friends and family.

As its name suggests, Minecraft is about mining and building, but what you build is up to you—you can go for an underground labyrinth or a majestic castle in the clouds. If simple construction is not enough of a challenge for you, you can introduce a variety of enemies and nasty creatures to defend yourself against.

Multiplayer is almost exactly the same, except you’re mining, building, and battling with other people rather than on your own. It’s almost as good as meeting up in real life, only you’re in the digital world’s biggest sandbox.

Multiple sports games could be included here, but few titles manage to make multiplayer as accessible or as enjoyable as the latest FIFA game.

For a start, there’s the sheer number of multiplayer options for you and your friends to pick from—play with each other on the same team, play against each other in 11-a-side, get involved in mini matches, street soccer, special challenges, and more. It’ll definitely take you a while to run out of ways to play.

As you would expect from a video game series that’s been going since 1993, there’s also a hugely polished and sophisticated sports simulation. It’s just about the most immersive sports experience you can get without getting up from the couch.

FIFA 2020 is $50 and above, and available on Electronic Arts’ website.