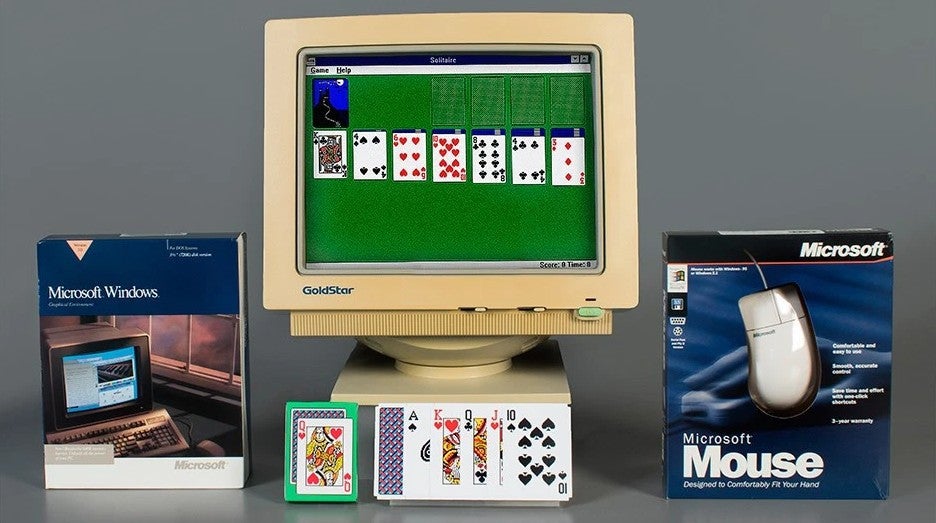 If you had a Windows computer before you had the internet, you probably played plenty of Solitaire. Starting in 1990 with Windows 3.0, Microsoft bundled the delightfully frustrating card game into its operating system. Sure, it was fun, but it also served to help introduce people to the concept of dragging and dropping items by clicking on them with a mouse. Now, the program is celebrating its 30th anniversary.

I started playing the game before I even understood the rules. Playing it on a school computer was better than the doing the assigned task. It was the forbidden fun.

The game isn’t a fundamental part of Windows anymore—most people have a pretty solid grasp on dragging and dropping here in 2020. Still, however, tons of people get a regular fix of those bouncing cards. According to the anniversary blog post on the Microsoft site, the Microsoft Solitaire Collection has more than 35 million players per month across 200 countries. It can’t compete with video game mega giants like Fortnite’s 350 million, but it’s also a simple digital card game.

If you haven’t played in forever, you can still get the app on Windows, iOS, and Android. You can also play it straight in your browser by clicking this link.

That wasn’t the only fun bit of news happening in the tech world this week. Here’s a quick look back at everything you may have missed.

The Advanced Placement exams typically take place at the end of the school year, but the COVID-19 pandemic has thrown a remote-learning wrench into just about every plan schools have. The online version of the test allowed students to submit an image of hand-written work, only the software doesn’t play nicely with Apple’s HEIC photo format, which left some unable to submit. Students have the opportunity to retake the tests.

Every summer, Amazon unleashes a flurry of deals onto the internet in the form of Prime Day. Users and media outlets dig through the piles of proposed deals to try and sniff out the best values. And Amazon enjoys billions of dollars in sales—last year’s take was around $7 billion. The pandemic has pushed Prime Day back to September of this year, however, so if you’ve been waiting to buy and then never use an Instant Pot, you’ll have to wait longer.

This week, I reviewed Razer’s excellent opus headphones. The company wasn’t done with new products, however. The new 17-inch Razer Blade has a souped-up screen that refreshes extra-fast to make gaming action look extremely smooth. I’m personally thrilled about the return of 17-inch laptops now that Dell’s XPS line is back in the game.

Navigating Hulu’s current interface is a catastrophe. It looks aesthetically pleasing, but it’s difficult to actually find things you want to watch. Now, the company has started rolling out an updated look that prioritizes content placement. It’s heading to Apple TV and Roku first, then other platforms over the summer.

OnePlus is fixing its camera that could see through some materials

Last week, we told you about the Color Filter camera on the OnePlus 8 Pro smartphone, which allowed users to see through some dark-colored materials. The company is working on a fix that it will push out in the coming weeks.