Sony is bringing the best part of the PS5 to VR 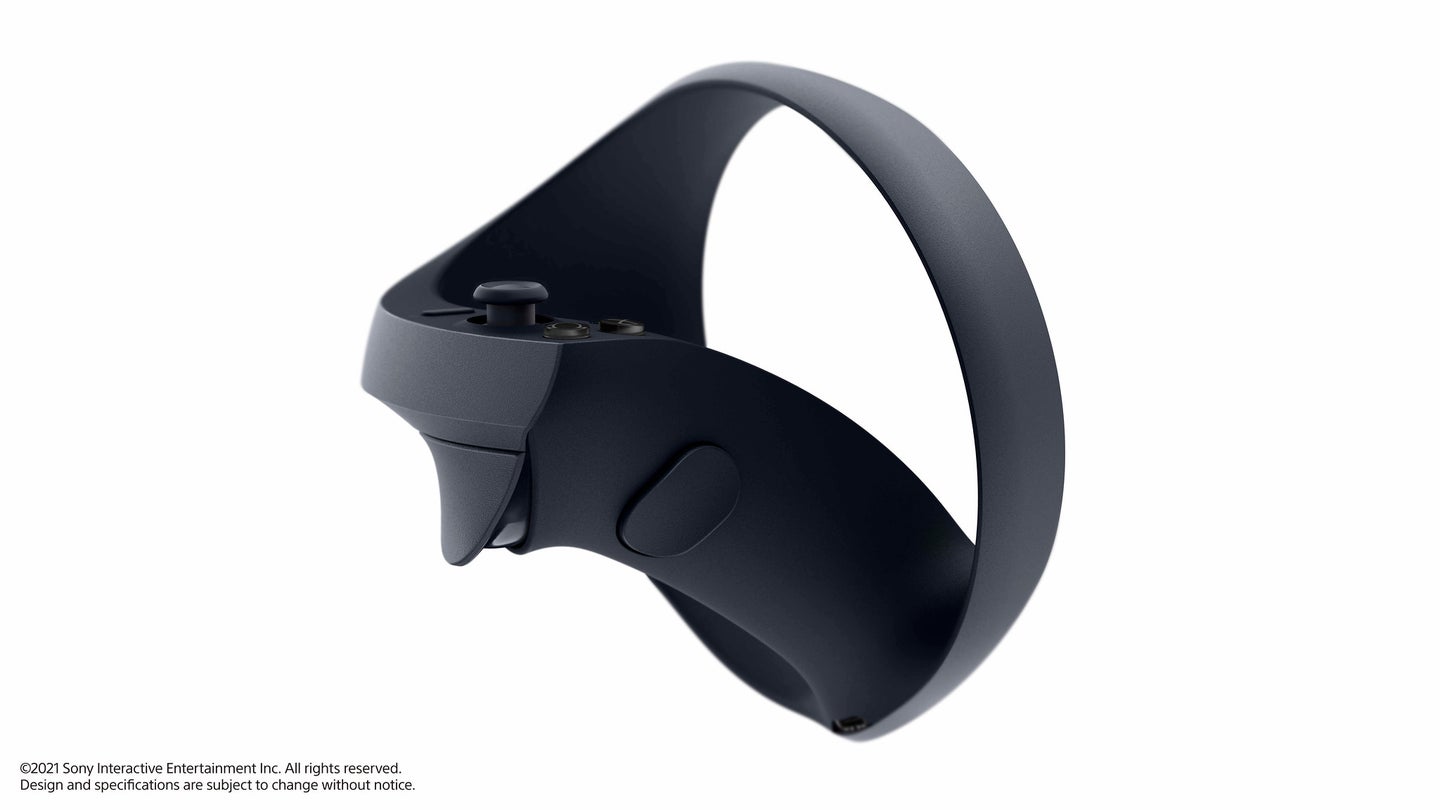 The shape of the controller doesn't contour as much as some others we've seen to fit a wider range of hands. Sony
SHARE

We still don’t know what Sony has in store when it comes to virtual reality on the PS5. The old PSVR hardware will work on the PlayStation 5 with a little configuring, but players are curious what the next generation of VR gaming will look like down the line. Today, Sony brought it one step closer to reality when it announced the new PS5 VR controllers.

The biggest upgrade to the new controllers comes in the form of the adaptive trigger tech pulled directly from the PS5 DualSense controller. The triggers can adjust how much force it takes to pull them back on the fly to match in-game action. So, if you’re using the trigger to pull back the string of a bow, the level of effort required will increase as the string matches its maximum stretch. During regular PS5 gameplay, this feature goes a long way toward making the PS5 game experience feel more immersive.

The new PS5 VR controllers also offer similar haptic technology to the DualSense controller. Those localized vibrations help emulate the feel of performing real tasks while you’re in VR. Haptic feedback plays a large role in creating a believable VR experience, and some companies have created gloves, vests, or entire suits with strategically placed motors that recreate in-game sensations through mechanical stimuli. It seems unlikely that we’ll get a full-on PS5 VR suit any time soon, but if the controllers have received the same upgrades as the DualSense controllers, it should be a marked improvement.

For better finger tracking, the controllers will now detect a player’s thumb, index, and middle fingers without the need to press anything, which should enable more natural gesture controls that feel more intuitive.

A ring of lights on the bottom of each controller will allow the upcoming PS5 headset to accurately track the controllers in space. While we don’t know a lot about the forthcoming headset, Sony has already stated that it will have a wider field of view to enable a more convincing and engrossing effect. Unfortunately, Sony has also publicly stated that the new VR headset won’t hit the market until at least 2022.

While Sony clearly has some lofty VR ambitions, it’s still going to be some time before we start to experience them in the real world. And if the PS5 supply issues have been any indication, the PS5 VR may be hard to get even once it hits the market. That makes the current VR champ, the Oculus Quest 2, seem like an even more attractive option. It’s great on its own, but now that Facebook has refined the process by which you can connect it to a gaming PC with a single cable to supercharge its performance level, it seems like a safe purchase at the moment if you want to dive into VR without waiting for Sony to get it all figured out.