Here's what to expect from the show 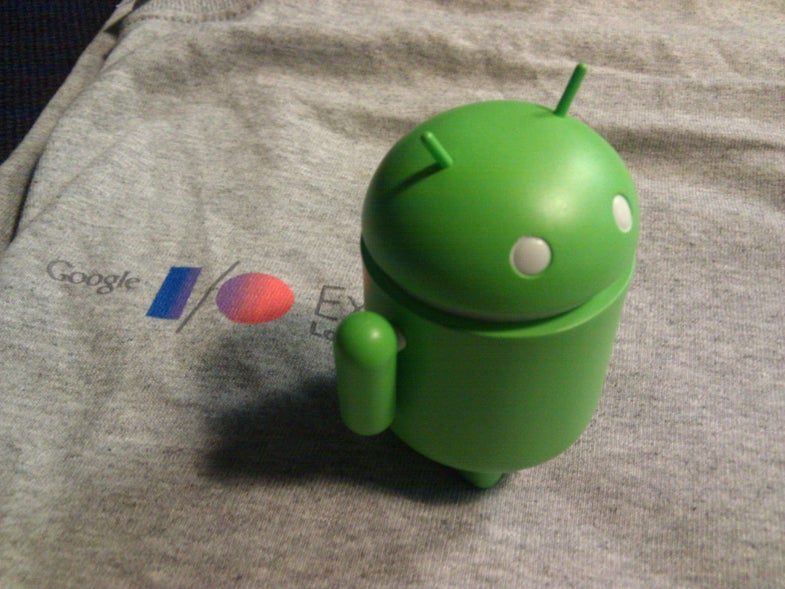 Google’s annual developer conference I/O (short for “input/output” in computer science lingo) is set to take place this year in Palo Alto, California from Wednesday, May 18, through Friday, May 20. And with the arrival of the conference comes the possibility of new products from the search company.

While Google is known for releasing products and updates throughout the year, some of its biggest releases are often saved for the I/O conference. Last year’s Google I/O 2015 brought fans Android M, Google Cardboard on the iPhone, and Now On Tap — a smartphone feature that surfaces the right information at the right time. We can’t know for sure what the company (which is now technically a subsidiary of the larger conglomerate known as Alphabet) will announce, but some hints have dropped. Here’s what to expect at 10am PT/1pm ET from the company:

We’re likely to see the latest version of Google’s popular mobile operating system Android at I/O 2016. And if the company follows its alphabetical naming scheme, Android N should be next in line. An early preview version of Android N has already made its way out to software developers. Similar to last year’s M, the new Android N could see official release to the public following an I/O 2016 announcement.

As those who installed the OS early have seen, Android N brings some new features to the mobile Google experience. Multitasking in N now allows users to not only run apps in the background, but show multiple applications at once. For example, phone users could view their Twitter feed on one side of their screen, while browsing the web on the opposite side. Android N now also lets you quick reply to messages received using the notification banner. Instead of taking you out of an app to send a response, users can hit reply to answer the message while they remain in the app they have open.

We may see a new messaging app from Google in time for I/O 2016. The Wall Street Journal reports that Google wants to develop a more intelligent messaging app than its current Google Hangouts. Similar to Facebook Messenger, the new chat application would support bots that allow third-parties to offer new functionality from within the message window. If it’s anything like Facebook or WeChat’s bot offering, users would be able to learn weather, set reminders and even shop from within the messenger.

We could also see Google show off new smartphones with support for Project Tango. Bloomberg states that Google wants to get serious about its plans for indoor mapping—a natural progression of one of the search company’s most successful products, Google Maps. To start graphing indoor locations, the search giant could use Android phones with environmental awareness to cover as much ground as possible. But it remains to be seen if this project will be “opt-in” for users, and how Google deals with the recurring privacy issues surrounding its mapping and information gathering practices. 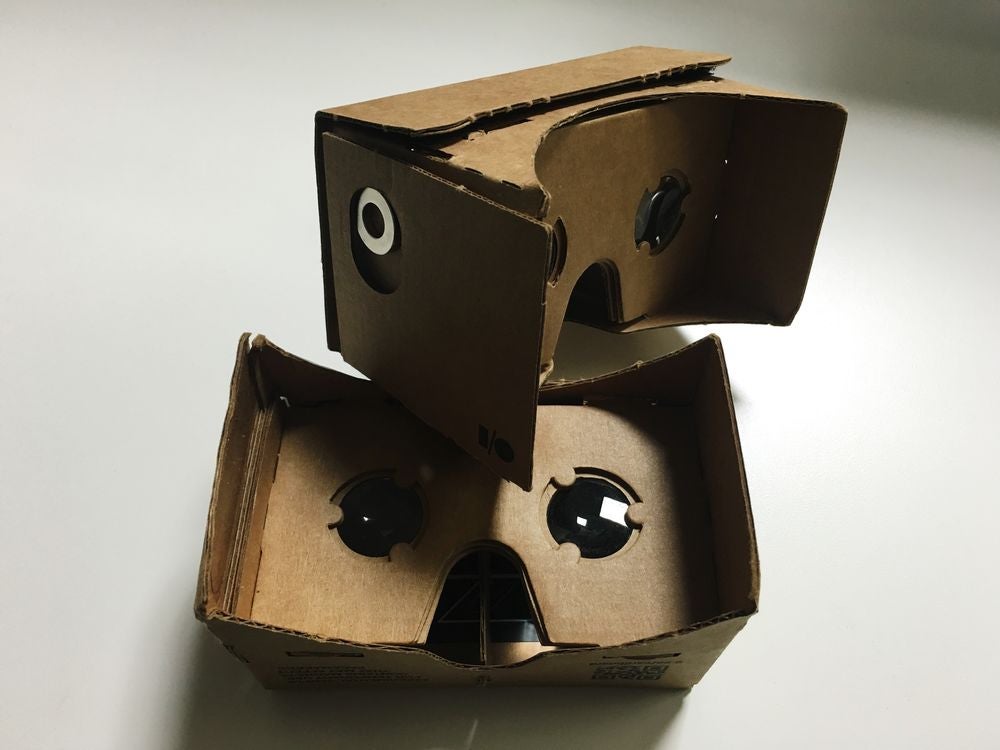 When we spoke to Google’s head of virtual reality, Clay Bavor, recently, he hinted at a powerful new wireless VR headset from his company. That product could finally be revealed at Google I/O 2016.

While no solid details have hit the web regarding Google’s virtual reality ambitions, some have made passing mention at what we could expect. Having been almost two years since the company first brought us the most affordable version of VR available, Google Cardboard — which starts at $15 for a pre-made kit (smartphone not included), it seems that platform is finally set to get an upgrade.

Presumably, Android VR would be a self-contained headset running on Google’s hit mobile operating system Android, as opposed to Cardboard, which relies on a simple app for Android and iOS.

We can also likely expect the new headset to be wireless, not needing to tether to a PC or game console like the Oculus Rift, HTC Vive, and Sony Playstation VR. This means Android VR likely won’t be as powerful as the three aforementioned marquee virtual reality headsets. Instead, rumors indicate that the upcoming Android VR headset will be more powerful but on par with Samsung’s $99 Gear VR, which is already a step up from Google Cardboard. While Samsung’s offering isn’t as powerful as something like the HTC Vive—the most capable and most expensive headset—the Gear VR is usable in its own right. Like Samsung’s headset, Android VR could require users to insert their smartphone to give the headset its computing power.

Amazon has received rave reviews for its Echo lineup of products — the black circular speakers that house Amazon’s Alexa virtual, voice-activated assistant. Google could be looking to port its virtual assistant and Google Now predictive abilities from smartphones and the web to a physical product dedicated to providing just a virtual assistant like Amazon.

Rumors claim the Android version of Google’s Amazon Echo competitor will be named Google Chirp. The product could have a few similarities to Amazon’s Echo such as an always-listening microphone that wakes the device using a designated word. Google could design all-new hardware for its dedicated virtual assistant, or add a microphone to its smart router, the OnHub, which already looks a lot like the Amazon Echo.

While the hardware could be similar to Amazon’s Echo, the Google Chirp device could bring more functionality than what the online retailer offers. Being able to tie into Android, users could potentially send texts and place calls through their phone simply by saying so when home — features that Amazon’s Echo simply can’t do — yet. 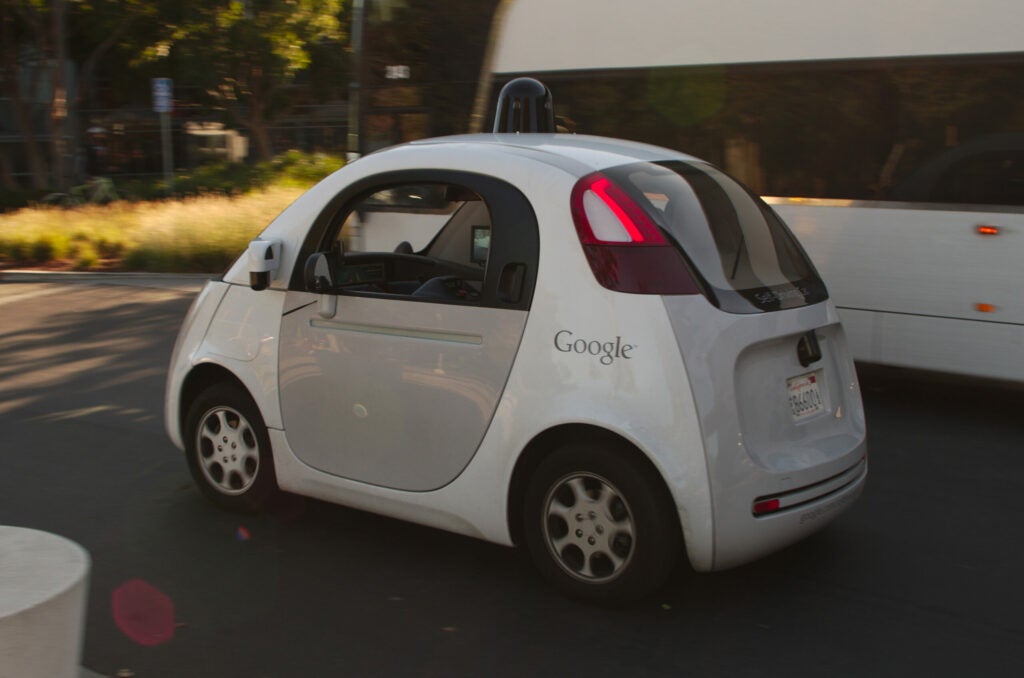 There’s much Google can bring its users at I/O 2016. The company’s driverless car initiative could play a role in the festivities, or we could see new smartwatches to go along with updates to Android Wear. An update to Chrome OS could be introduced as well as new features for Android Auto. There’s little we can be sure of except that all will be revealed on Wednesday. Stay tuned to Popular Science for updates on the most important announcements out of Google I/O 2016.