Store more games in your PS5 with this long-awaited upgrade. 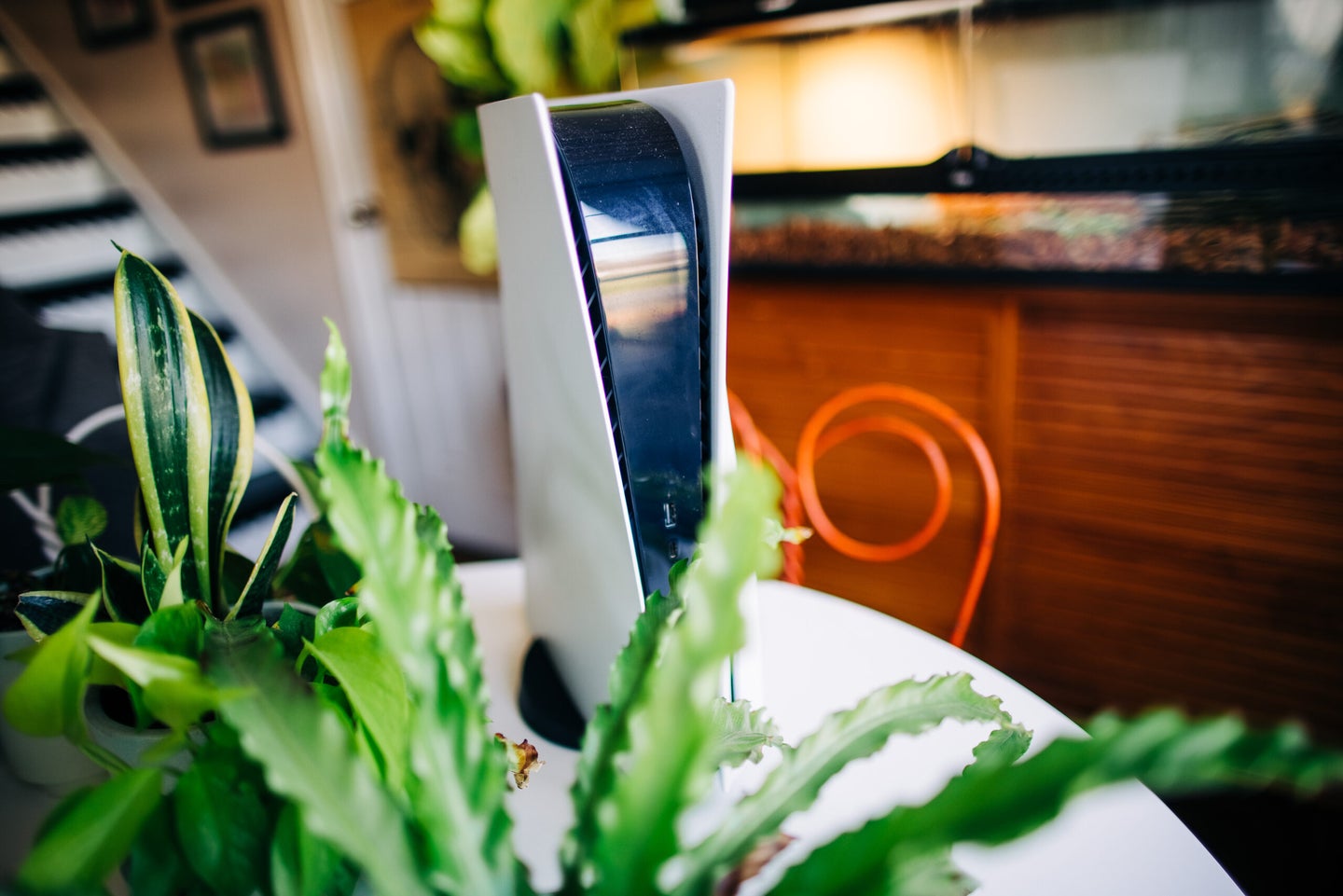 The PS5 is big, but you already knew that. Stan Horaczek
SHARE

When the PlayStation 5 launched last November, Sony claimed that players would be able to install a high-speed internal storage drive into the console, adding more capacity for PS5 games as their game libraries expand. As it turns out, launching a game console in a pandemic can be tricky, so Sony quickly decided to disable that functionality until a later date. After nearly eight months, Sony announced in July that it’s started to let players test hard drive expansion on PS5s. At the moment, it’s limited to a public beta, but this is the first step towards letting players take advantage of the feature, which is incredibly useful if you like to bounce between playing many different games.

Why would you want to put another hard drive in your PS5?

Out of the box, PS5 comes with an 875GB solid-state drive. After factoring the space needed for the system software, you actually have 667.2 GB to store games, apps like Netflix and YouTube, saved game data, screenshots, and video clips. Many of the best PS5 games require between 40-60 GB of storage. Even if you mix in some PS4 games and smaller indies, you can realistically store 10-15 games on the drive at a time. After that, you’ll need to delete games and redownload them if you ever want to play them again. There’s no direct cost to uninstall and reinstall games, but it takes time and internet bandwidth. (It really sucks when you go to play a game with a friend, and it turns out you have to reinstall it).

Given the required specs, a compatible second hard drive allows you to increase the PS5’s storage anywhere from 500GB to 4TB, greatly increasing the number of games you can stash on the console at once.

What kind of hard drive can you put in your PS5?

You can’t just put any old hard drive into a PS5. In order to match the expected speed of the console’s internal storage (and the expansion drive slot in the console), you’ll need an M.2 solid state drive with a high read speed. An M.2 drive is a form of NVMe (Non-Volitile Memory Express), which connects to the consoles via PCIe, which makes it much faster than a standard Solid State drive. M.2 modules are also generally much smaller than standard hard drives — they look more like a stick of RAM than a standard SSD.

Sony has very specific technical requirements for what kind of M.2 drive you can put in the PS5. You should check Sony’s website for the full spec list before buying a new drive, but here are key details…

A PS5-compatible hard drive must be a PCIe Gen 4 x4 M.2 NVMe drive with a read speed above 5500 MB/s. It needs to be more than 22 millimeters wide (Sony lists the M.2 form factors that meet this spec). It also should also come with a built-in heatsink, though you can buy one without it and add a heatsink separately.

This seems hard. What about external hard drives?

Technically the PS5 does support storage expansion using external hard drives… Just not for PS5 games. Instead, you can use an external HDD or SSD to keep PS5 games in “cold storage,” so you can download them without using the internet, or store and play PS4 games. (Though they may not run as smoothly as they would normally on PS5).

Okay fine. Can you just tell me what hard drive to get?

That’s a bit tricky, too. Sony has not officially endorsed or rated any specific drives as optimized for PS5. In fact, they won’t even guarantee that drives meeting the recommended specs will work properly. The closest thing to endorsement comes from Mark Cerny, lead architect at Sony, who tweeted out his personal pick, the Western Digital Black SN850 with built-in heatsink.

Over the past few weeks, many major hardware manufacturers have started clarifying that their drives are PS5-compatible. Meanwhile, there are a ton of gaming publications out there testing drives and providing rankings and recommendations. We may do some testing of our own down the line. For now, here’s one from some old friends at IGN.

First thing’s first. Go to the PlayStation website and sign up for the PS5 software beta program. To join, you need a PS5, an active PSN account, and live in the U.S., Canada, Japan, France, Germany, or The United Kingdom. Sony specifically warns people not to install the hard drive before you’re approved and have installed the beta firmware.

We will have a more detailed description of how to install a hard drive to increase PS5 storage in the future, but here’s the abridged version for now:

2. After removing the panel, you’ll see a long rectangular slot for the M.2 drive on the inside of the console.

3. The hard drive slot has a cover, which you’ll need to unscrew. After removing the panel, use the internal screw to adjust the size of the slot.

4. Insert the drive into the connector at an angle, and make sure to gently but firmly press it in so it’s connected.

5. Gently (gently, mind you!) tilt the drive flat and screw it into the slot. That’s it! Put the cover back on and you’re done.

When will you be able to install a hard drive without joining the beta?

According to Polygon, PlayStation 5 software version 2.0, the version currently in beta, should be available “later this year.”

Related: Best monitors for your PS5