Are you willing to take the gamble on VR? I am. 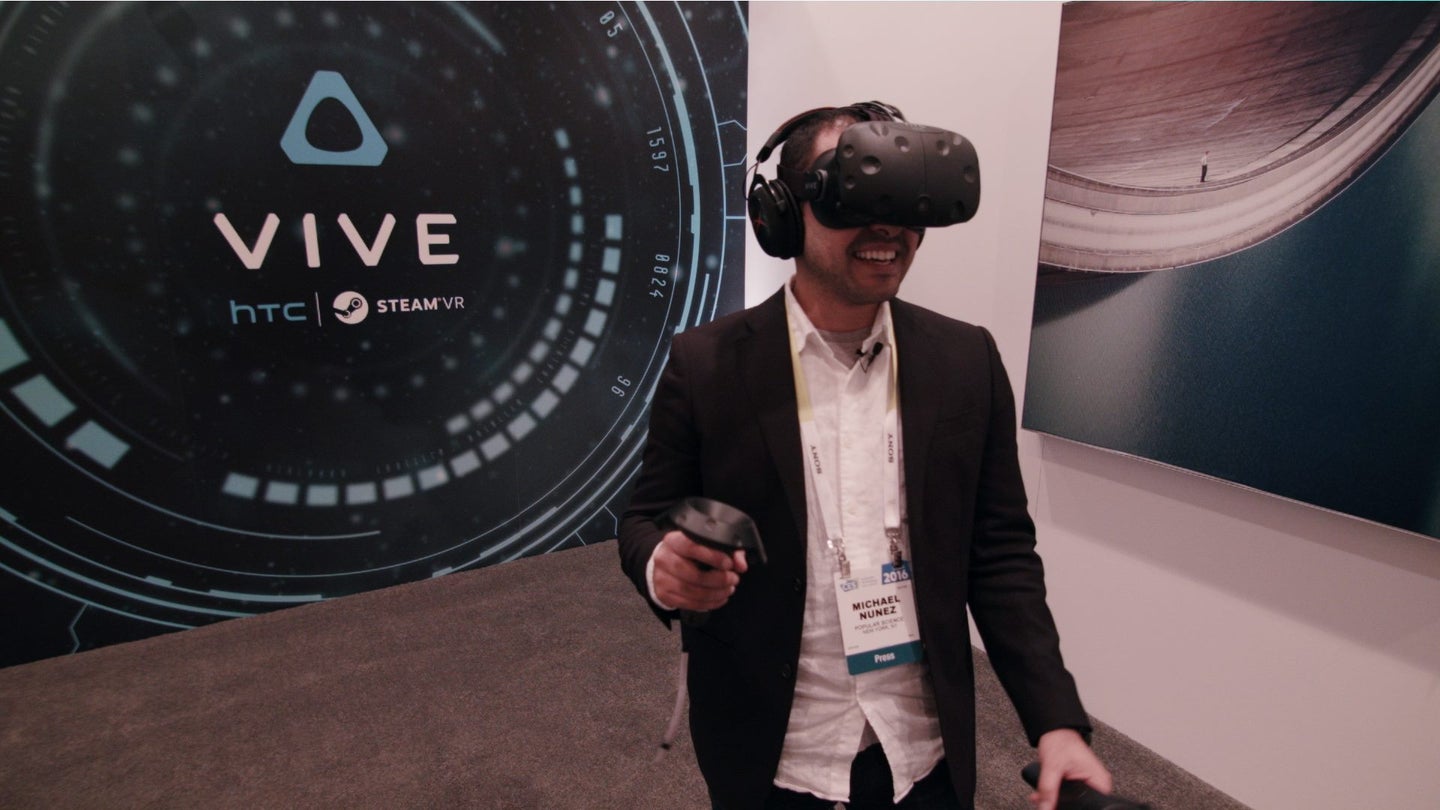 The last thing the internet needs is another tech reporter waxing poetic about their experience with virtual reality. No matter the prose, everyone I’ve argued with about virtual reality has agreed that no article is going to replicate the experience. Love it or hate it, VR just doesn’t work if it’s described in text format (on the upside, this article won’t make you physically nauseous).

Virtual reality isn’t going to be huge at first, partially due to the problem I just described and partially due to the fact that the graphics card needed to run real VR costs at least $300. But it is undoubtedly the future of gaming, and 2016 is when that future will start to be realized. Both the Facebook-owned Oculus Rift and the HTC Vive, which is supported by gaming company Valve, will be available for purchase this year. That means it’s the first time virtual reality will be available to anyone with a computer that can handle it. But despite my opinion that this technology is going to be huge, there’s a lot of fear surrounding virtual reality. Will there be any reason to buy it once the headsets are on sale? Will gamers have any games in 2016?

An HTC technician told me earlier today, “The hardware is ready, but the software just needs to catch up.”

He was referring to the software for the Vive, but his comments gets to the heart of the gamble with virtual reality in 2016. If you accept that I know what I’m talking about and I’m blown away by virtual reality nearly every time I strap on those silly goggles, the next question is “Once I have it, will I have anything to do with it?”

VR might not be ready in 2016, but it’s worth the gamble because it’s inevitably the future.

For the purposes of this article, the term virtual reality is constrained to the HTC Vive Pre and Oculus Rift. The Samsung Gear VR is actually a subset I call mobile virtual reality, separated arbitrarily because, while impressive, it just isn’t truly immersive. There are others in the market, but pragmatically, they’re not really a factor at this moment. Asus said they’re going to make a headset sometime, but there’s not much motion. 3Glasses is high resolution, but lacks the native Windows or Steam support needed to really make it appealing.

So how do we talk about VR in a way that makes sense to you, someone who has never tried it? As a news organization there’s an implicit expectation that you trust the information we provide. But right now, I’m personally asking you to trust me that virtual reality right now is technically sound, but only awesome when the content is designed by the right companies.

And you probably won’t have much at first.

As a jumpstart, the Oculus will ship with EVE: Valkyrie, which is the closest experience you can have to being in a real space battle. There’s also Bullet Train, a first person shooter that relies on in-game, player-controlled teleportation to move around the map. This might be to avoid nausea, or maybe it was just the constraints of a demo. The whole thing is like Half-Life meets Dishonored. There’s also Adr1ft, an atmospheric space-based game where your space station has been destroyed and you need to piece together what happened to your crew before running out of oxygen. It will also be available on launch, but I got nauseous when playing it today.

The HTC Vive will integrate with Valve’s game platform, Steam. Right now, Steam looks great in VR. But I just don’t know what complete, big-name games will take advantage of the hardware. Demos rely heavily on tiny, pre-built worlds to explore. The wow-factor of being able to walk around the Vive Pre’s hallmark 3D virtual space is immense at first, and even a simple 3D drawing app is an insane creative tool. But neither you nor I will spend more than a few hours enrapt in a painting app for entertainment.

When games do come to the device, they’re going to need a lot of power. Nvidia says that normal, 1080p games transmit about 60 MB of visual data per second. That number is much higher for virtual reality, because the video needs to be sent to each eye individually, and operate at a higher frame rate (that means more rendered pictures per second). The two big graphics card companies, AMD and Nvidia, both suggest nearly top-tier GPUs as a baseline for VR. AMD recommends the R9 390, which costs around $339, and Nvidia recommends the GTX 970, which runs about the same price. That’s at the low end. The demos that most journalists have tried run on rigs with Nvidia GTX Titan Xs, which retails for $999.

The thing is, a lot of gamers already have this kind of gear. The people right now that can run The Witcher 3: The Wild Hunt or Star Wars Battlefront on Ultra resolution can hit those VR benchmarks. A community does exist with the power to run virtual reality games.

That gets us back to the gamble. Will game makers embrace the hardcore gaming audience until computers just naturally get good enough to run the basic VR we have right now? I think they will, and even if it’s rocky at first, this technology will define 2016.