A transforming SUV, a four-seater supercar, and Bentley’s convertible with a 5,000 year-old wooden dashboard. 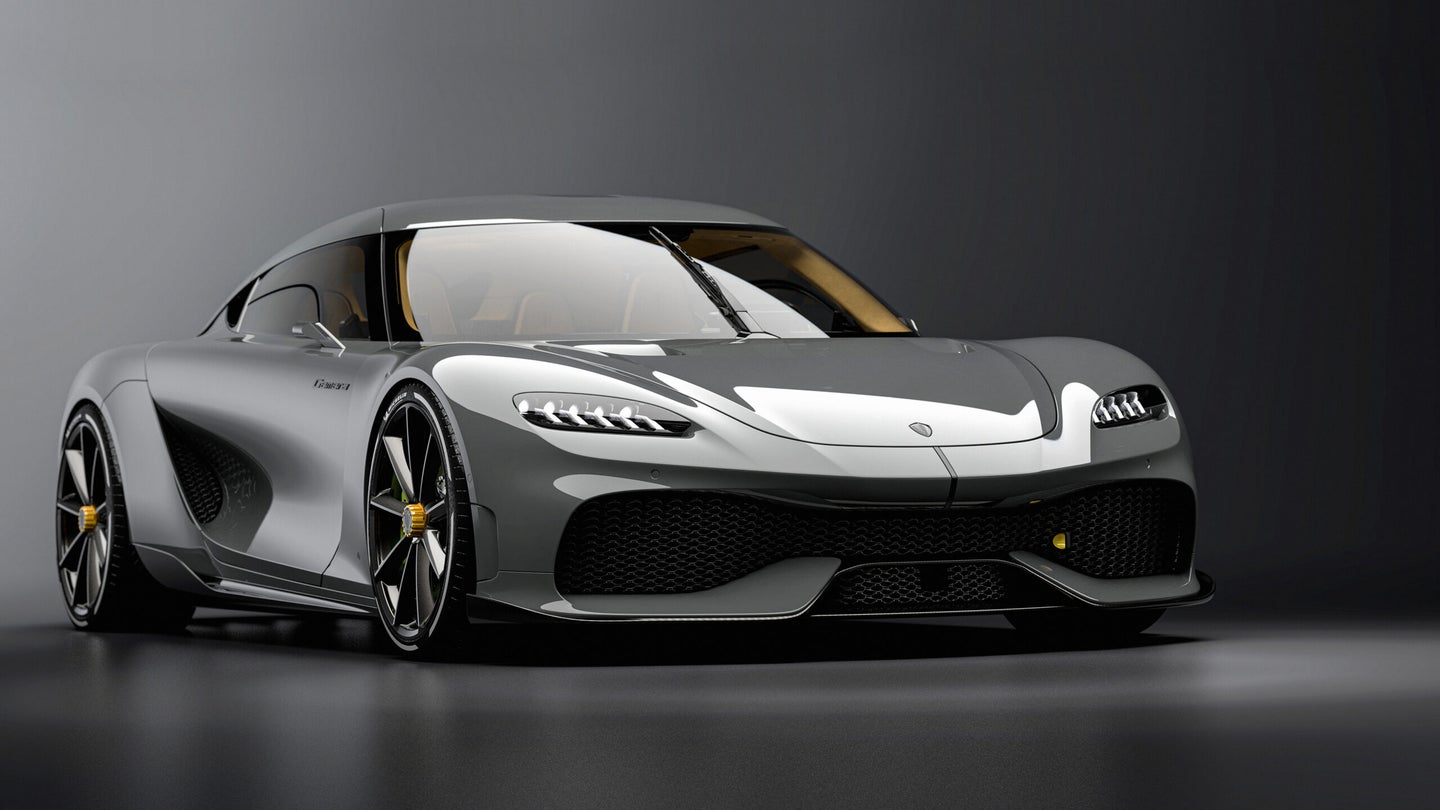 Doesn't this four-seater look fun to take to the super market?. koenigsegg
SHARE

The spread of COVID-19 put the brakes on this year’s Geneva International Motor show. The event typically is a showcase for new models and futuristic concepts that hint at the future of life on the road. While the actual event didn’t happen, those new rides still exist, however, and there’s some very cool tech inside them. We’ve gathered up some of the most interesting and promising whips from this year’s Geneva for you to peruse between intense bouts of hand-washing..

Supercar makers love to brag about numbers, and Koenigsigg’s Gemera has a spec sheet full of impressive figures. It claims a total of 1,700 horsepower—from a combination of three electric motors and a twin-turbo three-cylinder engine—a top speed of 248 mph, and a 0-60 time that sneaks in under 2 seconds. The most jarring figure, however, is the number of seats: four. Fitting that many people into the average supercar typically requires at least two of them to cram into a tiny trunk like contortionists, or just hang onto the outside and hope for the best. If you’re in the market for a 1,700 horsepower family sedan, this may be your go-to.

BMW first mentioned the follow up to its i3 electric ride at last year’s LA auto show, but the i4 officially debuted this week in concept form. The newest electric Bimmer boasts 530 horsepower—besting the gas-powered M3—and claims an estimated range of 270 miles on a charge. A large grill dominates the front of the vehicle, but it’s only there for looks since there’s no combustion engine to require any actual airflow. Initial response to the design has been mixed, so the company may make some tweaks before the production model hits the streets in 2021.

McLaren will only produce 765 of its latest supercar and they will likely sell out in a hurry. Each one comes with a 4.0-liter twin-turbo V8 that pushes 755 horsepower. Combined with its 7-speed gearbox, the 765 will do 0-60 mph in 2.7 seconds and 0-124 mph in 7.2 seconds. If you’re willing to shell out a little extra cash, you can opt for an upgrade, which includes a small glass window in the cabin that allows the driver or passenger to look back at the engine.

Unlike the BMW i4, Polestar’s concept vehicle eschews the typical front grill and employs an array of sensors instead. Under a small, transparent panel, you’ll find a conventional camera as well as two radar units that peer out onto the road. A LIDAR rig sits above the windshield to round out a fairly robust suite of gear that should make it adept when it comes to driving itself. It has some other appropriately forward-looking features, including a front wing over the hood for range-boosting efficiency and the Thor’s Hammer headlights it borrows from its parent company, Volvo.

Even if you had the $2 million to cover the price of Bentley’s two-seater convertible, the company only made 12 and they’re already spoken for. The rest of us out here in the Honda-driving public, however, can still gawk at the Bentley’s amenities like its 6.0-liter V-12 engine and its dashboard inlay made from 5,000 year-old wood rescued from lakes and peat bogs around England. We’re waiting for the next upgraded version with leather seats made out of Seabiscuit and a shifter knob made of Mars rocks.

There are very few technical specs to grab onto regarding Hyundai’s slick electric concept. It’s meant for fully autonomous driving so there’s no steering wheel inside, which leaves lots of room for digital displays and comfortable seats. There is a joystick, however, to give humans some power over the vehicle, but it’s unclear how—or when—that would work. While this kind of rolling entertainment center interior has gotten more common in recent concepts, the low-slung, blacked-out exterior is a nice departure from the toaster-on-wheels form factor other manufacturers seem to embrace.

It looks like something the Monopoly Man would drive, but Plus Four’s new two-seater looks like a lot of fun. Under the hood, a 2.0-liter turbo-four BMW motor pushes 255 horsepower for a respectable top speed of 149 mph, which is more than enough to blow your top hat clean off. It comes in two gearbox options including an eight-speed automatic or a much more appropriate six-speed manual.

It’s not entirely unusual for cars to change shape slightly. Some lower their suspension to improve performance at high-speeds, while others have moving wings to redirect airflow. The Morphoz can undergo a much more profound transformation. The typical model measures roughly 14.5 feet long and gets roughly 250 miles of range from its 40 kWh battery. If you need more range and room, however, you can pull into a designated battery station and the car will grow to 15.7-feet long to create more room in the cabin. The extension also makes space for an additional 50 kWh battery pack that pushes the overall range to 435 miles. After the long trip is over, it can convert back to its smaller mode. Obviously, this kind of tech requires considerable infrastructure before it becomes practical, but it could help quell the range anxiety many drivers still experience when it comes to EVs.