What’s the difference between a sports car, a supercar, and a hypercar?

Car lingo can be confusing, but we've got you covered—even if you're just wondering what a muscle car is. 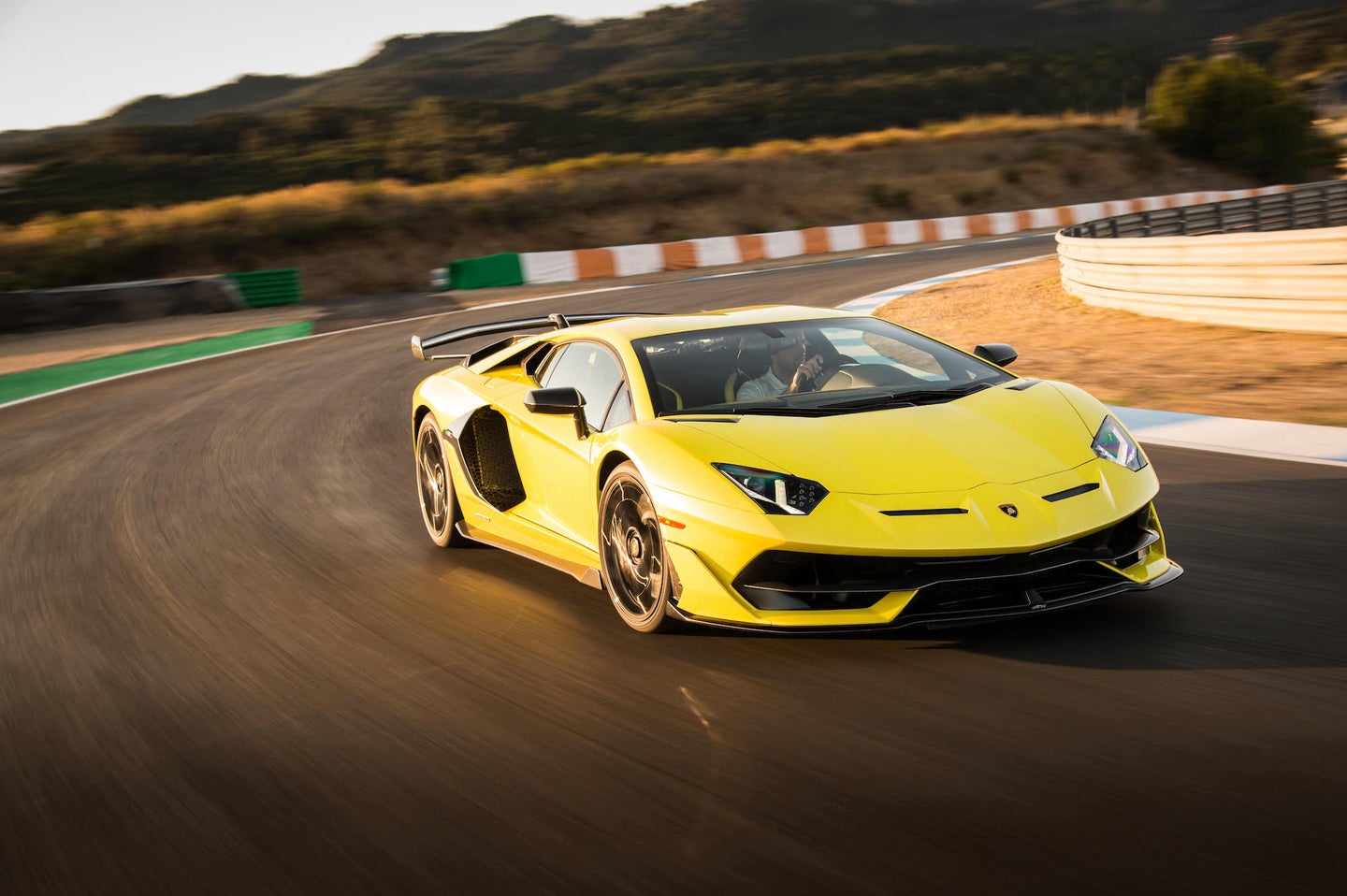 If you’ve ever heard someone refer to a supercar, a pony car, or even just a sports car and felt slightly out of depth, then we’re here to help.

The meaning of words naturally changes over time, and the same is true with the definitions of high-performance specialty cars, whose names are evolving and whose upper ceiling keeps rising thanks to technical advances. Additionally, as mainstream models evolve into variations of crossover SUVs, boundaries between the definitions of the remaining cars for enthusiasts are blurring, too.

To understand these different car terms, it’s helpful to consider where they started and where they’ve landed today. Here’s what to know about the automotive categories of sports car, muscle car, pony car, supercar—and hypercar.

What is a sports car?

In the beginning, there was the sports car. Or, as motorcycle enthusiasts call some models “sport bikes,” there was a time when people like Carroll Shelby referred to track-inspired four-wheelers as “sport cars.”

Sports cars were a post-World War II development of minimalist machines designed for carving corners on the narrow, twisting roads of Europe and Britain. They were best exemplified by the MG TC: a front-engine, rear-drive roadster with only two seats and no amenities.

Today, the TC looks more like a piece of agricultural equipment than a car meant for rapid transit, but compared to the ponderous everyday cars of the 1940s, the TC was practically a stand-up Jet Ski. American soldiers serving in Europe for WWII and the Cold War discovered these entertaining toys and brought them home.

The Sports Car Club of America was founded in 1944 and to this day the group’s logo is built around the image of the kind of wire-spoked wheel that would have been found on the MG TC. Over the decades there have been pressures on the meaning of “sports car” as manufacturers offered closed-roof versions of their two-seat roadsters that still seemed to qualify.

For a time in the late 1970s and early ‘80s, “America’s sports car,” the Chevrolet Corvette, was only available with a closed roof. The Corvette was always an outlier, because there was also the unwritten corollary to the definition of sports car that the term implied a small-displacement engine whose light weight would contribute to the car’s agility. As the Corvette’s optional engines grew to include big-block V8s engines and hard-top versions outsold drop-top ‘Vettes, sports car purists eyed the Corvette ever more suspiciously.

And what to make of the Porsche 911? Porsche started with two-seaters, but the 1964 Porsche 911 inaugurated a line of fun-to-drive coupes that included a back seat. Sports car, or no? This was the source of much discussion. It is a Porsche, after all, so it must be a sports car. But there was not even a convertible top option (that arrived in the 1980s), and it had a back seat! What to do? Eventually, the 911 earned admission to the exclusive sports car club, as wire-wheel roadster purists receded into the rear-view mirror.

These are the forces that have been pushing the meaning of “sports car” further from its explicit roots referring to two-seat roadsters to include a wider variety of cars that are entertaining to drive. Today, these include cars like the BMW Z4, Mazda MX-5 Miata, and Porsche 718 Boxster.

What is a muscle car?

Muscle cars can trace their origin to a specific moment in time: the introduction of the 1964 Pontiac Tempest GTO in the fall of 1963. The car was conceived by Pontiac chief engineer John Z. DeLorean, whose eponymously named car would later contribute to further muddying the meaning of the term “sports car” before it starred in Back to the Future.

The Pontiac Tempest was a mid-size model, and DeLorean engineered the car to accept Pontiac’s large-displacement big block 383 cubic-inch V8 from the company’s full-size models to provide the most power possible in a smaller car. The GTO, which would become its own standalone model, shamelessly stole its name from a famous sports car, the Ferrari 250 GTO. The letters were short for “Grand Tourismo Omologato,” a reference to the fact that the model was created to legalize a higher-performance version of the 250 for racing in sports car races like the 24 Hours of Le Mans.

The only races that interested the Pontiac GTO’s drivers were short blasts of acceleration through the quarter mile, which was the car’s strength. Putting a heavy V8 into an average American sedan in the 1960s was no recipe for handling response. The Pontiac GTO’s popularity sparked other American carmakers to respond with muscle cars of their own. The 1969 Dodge Charger, best-known for its TV star turn as the orange-painted General Lee retired stock car of The Dukes of Hazzard, is a well-known example of a classic muscle car.

Its descendants, the Dodge Charger and Challenger, are the only remaining straightforward examples of pure muscle cars, though because boundaries are blurring we’re seeing pony cars like the Mustang and Camaro increasingly lumped into the muscle car category.

What is a pony car?

Pony cars not only arose from a single model, but the category’s name directly references that car. The 1964½ Ford Mustang debuted at the New York World’s Fair on April 17, 1964, and its explosive popularity instantly ignited the entirely new category of pony cars. Ford dealers across the country pulled the covers off the cars the same day and sold 22,000 Mustangs. The first year of production topped 400,000 cars.

Naturally, other companies took note and responded with their own versions of the Mustang, creating the pony car category. (A mustang is a horse. Get it?) Ford’s Mercury division rolled out its Cougar, and the Chevrolet Camaro and Pontiac Firebird also debuted as 1967 models in the fall of 1966.

Ford’s template was easy enough to copy: the Mustang was built on the platform of Ford’s compact Falcon. The underpinnings were unchanged, but the body’s proportions shifted to a rakish coupe style with a long hood implying massive power and a tight, sporty trunk suggesting agility.

Because the Falcon was no road-burner, neither was the Mustang at first. But eventually pony cars started cashing the checks that their styling was writing, and they gained both power and handling.

Pony cars were so appealing that, unlike muscle cars, they spread to foreign brands too, with the development of Ford of Europe’s Capri, which was imported to America as a Mercury model, the Toyota Celica, and Opel Manta, among others.

The Mustang and Camaro continue, but the category has otherwise withered along with the coupe segment in general. While foreign pony cars disappeared entirely, some of their current cars fall very close to this segment. The BMW M4 and Lexus RC could certainly be granted honorary admission, even if their buyers likely never remotely considered buying a Mustang or view their rides as comparable to it.

So, how to tell the difference between a sports car, a muscle car, and a pony car? It’s possible for a car to fit in more than one category, as the definitions are not as stringent as they used to be. For example, the Mustang Shelby GT500 has the handling to be a sports car, the looks and double-date back seat of a pony car, and the under-hood power of a muscle car. But to figure out its primary category, look to the car’s roots and ask yourself which group it is more closely aligned with.

If it is a two-seater, you’re solidly in sports car territory. The more useful the back seat and the more powerful the engine, the closer you are to muscle car land. As for pony cars, ask yourself: Did the nameplate arise in the 1960s to carve out a new niche? Then it is a pony car.

What is a supercar?

Supercars debuted with the introduction of a sexy new mid-engine V12 sports car at the 1966 Frankfurt Motor Show by Italian tractor-maker Lamborghini. The company says the gorgeous Miura was the world’s fastest car at the time, with a top speed of 175 mph and 0-62 mph acceleration in 6.7 seconds.

[Related: The Corvette is finally the supercar it deserves to be]

It was a two-seater, like a sports car, and it took corners like it was on rails. But it had a V12 engine that produced eye-popping muscle car-like performance. This spawned the creation of a new category, the supercar. Lamborghini followed the Miura with the even more outrageous Countach, a car that decorated adolescent bedroom walls for more than a decade until it was supplanted by the 1992 McLaren F1. That car set a world record top speed of 240 mph.

Today, familiar brands like Ferrari, McLaren, and Lamborghini build supercars, and they’ve been joined by newcomers like Pagani and Koenigsegg, along with contenders from mainstream brands like the Ford GT and Chevrolet Corvette. These cars employ the same mid-engine configuration as the cars from long standing brands in this category, though the engine cylinder count is smaller.

[Related: The McLaren GT is a 200 mph supercar that’s comfortable to drive]

Typically, supercars start around a quarter of a million dollars and have 500 horsepower or more, though the Corvette upends that expectation with its starting price of $60,000. It squeaks in with an asterisk due to its 495 horsepower.

What is a hypercar?

Hypercars have arisen in response to this proliferation of mere supercars. Even exotic car makers wanted halo models to boost their brands’ reputations above that of rivals, and the result has been a category of cars that today typically cost a million dollars or more and boast 1,000 or more horsepower.

The million-dollar, thousand horsepower, 253-mph, quad-turbocharged W16-powered Bugatti Veyron set the benchmark for hypercars in 2005 and its successor, the $3 million, 1,500-hp, 304-mph Chiron is the standard today. The limited-production, electrically-boosted McLaren P1 was another, along with the hybrid-electric V12 Ferrari LaFerrari.

The waters have become muddied by the simultaneous collapse of the market for coupes and convertibles along with the increasing performance and handling capability of models of all shapes and sizes.

Ford stakes a claim of having the world’s best-selling sports car in the Mustang and compares its sales to those of the Porsche 911. Both of these cars have big power and back seats, while the BMW Z4, Mazda MX-5 Miata, and Porsche 718 Boxster are probably the best examples of pure sports cars remaining.

And the Mustang, in Shelby GT500 form, is rated at an astounding 760 horsepower, which also surely classifies it as a muscle car against the likes of the Dodge Challenger Hellcat, which itself falls in the traditional muscle car category.

Where these definitions go from here is anyone’s guess, but with the migration toward electric power and crossover SUV body styles, it could be they’ll all end up in the graveyard of obsolete automotive terms together, resting in peace alongside “shooting brake” and “dual-cowl phaeton.”