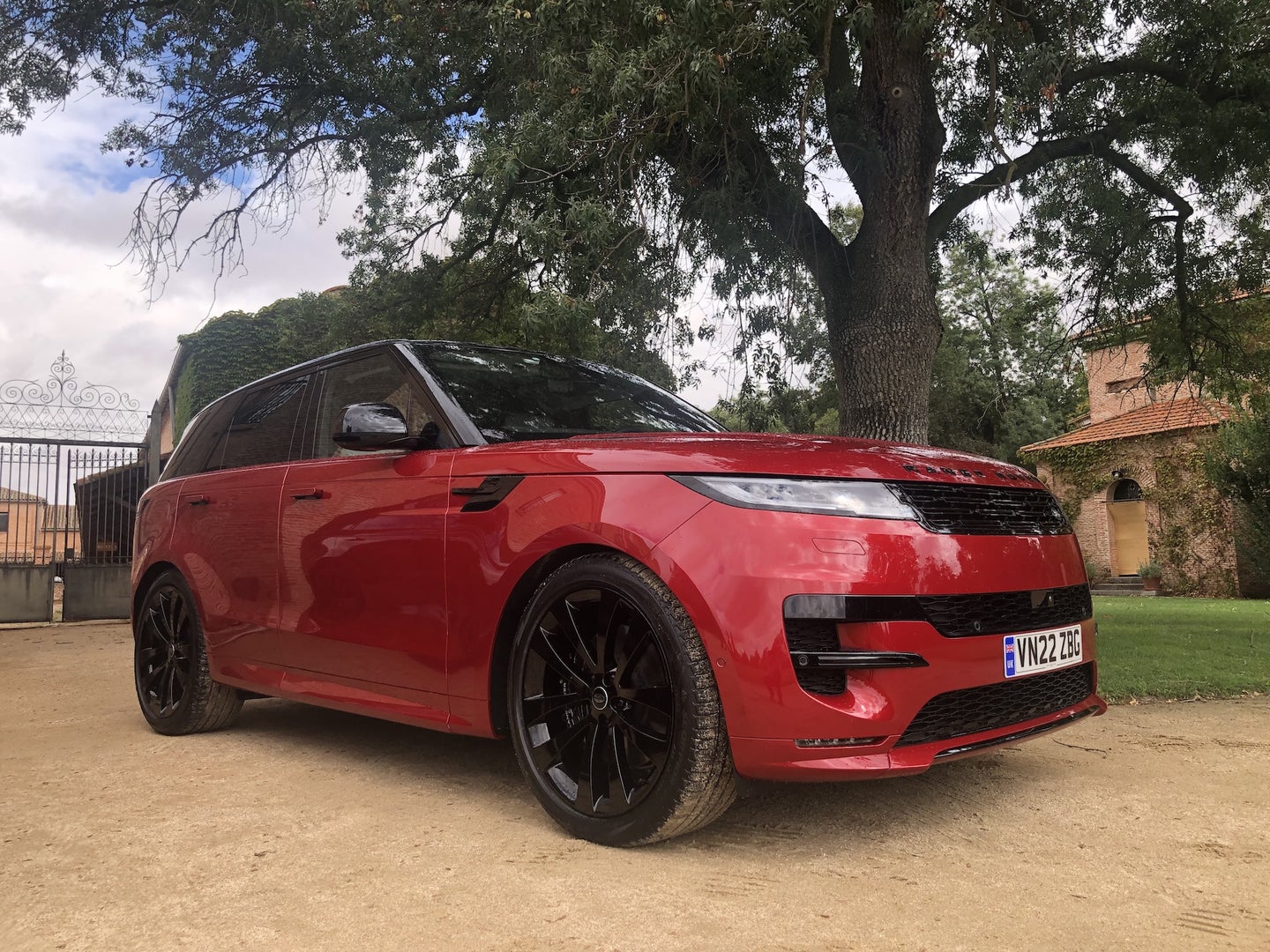 Electric vehicle advocates have waited for decades for the technology to mature sufficiently such that the vehicle’s driving range, performance, and utility are sufficient to meet the needs of most drivers—and for EVs to sell at prices that are within reasonable reach for many buyers.

We’ve reached that point now, or we’re very close to it, but the rollout of EVs is obstructed by a shortage of the batteries these cars need. So what’s a potential interim solution that would deliver the maximum number of efficient new vehicles to the most customers possible? Making the most of the available battery cells by employing them in plug-in hybrid-electric vehicles (PHEVs) that have gas engines in addition to their battery-electric drive.

Plug-in hybrids were initially seen as a bridge technology to help provide consumers the driving range they demand, but today’s battery-electrics are largely accomplishing that without the need for the cost and weight of a combustion drivetrain.

However, PHEVs can still play an interim role, but for a different reason: They use fewer precious battery cells than battery-electric cars. Jeep’s parent company, Stellantis, says that the Wrangler 4xe is the best-selling PHEV in the country, though they decline to provide sales numbers to back that up. This success comes despite having an electric-only driving range of just 25 miles, according to the EPA, but that’s the same as the Toyota Prius Prime’s electric-only range.

But the new Land Rover Range Rover Sport plug-in hybrid points the way for hybrids to optimize battery availability: It has a 38.2-kilowatt-hour lithium-ion battery pack of cylindrical cells that give the Range Rover Sport a range of 51 miles on electric power alone. That’s about one-third to one-half as many cells as a battery-electric commonly requires.

Besides the Range Rover Sport, other leading PHEVs include the Polestar 1, which is also rated at 51 miles of EV range, and the Toyota RAV4 Prime, which goes an impressive 42 miles.

PHEVs are also perfect for soothing the nerves of drivers who want to drive on electric grid power, but worry about getting stranded, observes Philipp Kampshoff, senior partner, leader of future mobility sector at McKinsey. “When we interview consumers, the biggest concern is still range anxiety and charging infrastructure, which are two sides of the same coin,” he says.

Extended-range PHEVs like the Range Rover could be necessary to meet future regulations, he adds. “Governments might require a minimum of 50 miles. Not all of them are capable of doing that.”

A 141-horsepower (105-kilowatt) electric motor powers the Range Rover Sport through the same drivetrain as the Ingenium 3.0-liter inline 6-cylinder combustion engine. That means that it employs the same 8-speed ZF automatic transmission and Intelligent All-Wheel Drive system whether it is running on gas, electric, or both, so the driving experience and off-road capabilities are undiminished. Combined, the motors produce 434 hp, which launches the Range Rover Sport to 60 mph in 5.5 seconds.

While the Range Rover Sport’s EPA rating in all-electric mode is for 51 miles, it can go further than that, boasts chief engineer Peter Bingham in an interview at the Range Rover Sport media launch in Madrid, Spain. “Guys in the UK have managed driving real-world to get to around 70 miles,” he tells Popular Science. “EPA takes into account extremes, temperature variations, etc, but yeah, we’ve got guys who are managing to exceed 50 miles. And we know from our customer journey data, that the vast majority of customers will be able to make most of their daily journeys simply on EV power.”

That, of course, is the goal here: To provide enough battery capacity to cover most daily drives—which were an average of 32.7 miles in 2021, according to AAA—without wasting any of this resource on excess range while battery supply is tight.

The cost of complexity

Of course, unlike battery EVs, plug-in hybrids do burn gas. However, the U.S. Environmental Protection Agency says on its FuelEconomy.gov site that plug-in hybrids use roughly 30 to 60 percent less fuel than conventional vehicles. That means that by rationalizing battery cell use, automakers can put more efficient vehicles on the road in the near term, while the many battery plants that carmakers have announced are built.

Battery EVs cost an average of $66,000, according to Kelley Blue Book, versus an average of $45,000 for regular non-luxury vehicles. Compared to purely combustion-fueled models, plug-in hybrids cost between $4,000 and $8,000 more, according to the EPA, putting the sticker price on PHEVs somewhere between traditional vehicles and pure EVs.  Federal EV tax credits can often offset the difference in purchase price, and lower fuel costs will put PHEV drivers ahead.

That’s because while gasoline currently costs $3.65 per gallon on average, according to the U.S. Energy Information Agency, the same agency says that electricity costs 10.59 cents per kilowatt-hour. So a vehicle charged at home at the average national price enjoys the ability to drive for a cost of electricity that equals about $1 per gallon for gasoline, based on the distance the car can travel on $1 worth of electricity compared to a gallon of gas.

Fast-charging at public direct current chargers costs more, and can be on par with the price of gasoline, so while it makes sense for battery-electric drivers, it is better for plug-in hybrid drivers to stick to the 240-volt alternating current SAE Level 2 chargers at home or work, which can charge a PHEV’s battery in between one and four hours according to the EPA. Using a plain 120-volt wall outlet takes twice as long.

Another advantage of buying a car that shifts more of its driving time to electric power than conventional hybrids or short-range plug-ins is the fact that the US electric grid is continuously moving to greener fuel sources. So EVs, and cars that use power from the grid like PHEVs, can get increasingly green over their lifetimes thanks to cleaner electric power in the future. Gasoline vehicles, of course, will never run on anything else.

The University of California Davis Electric Vehicle Explorer site provides consumers detailed information on the costs of driving an EV or hybrid that are specific to their location and model.

So why haven’t carmakers rushed to build more PHEVs? Well, because they aren’t simple to construct. “Plug-in hybrids are very interesting because you can run with electric in the city and on the motorway you can use the combustion engine,” notes former McLaren Automotive director of engineering Mario Carendente.

“The problem is around the cost,” he says. “You have to think about having a gas powertrain and an electric one and the complexity of the engineering.”

Indeed, Bingham, of Land Rover, concedes that was the challenge for the Range Rover Sport PHEV. “The hybrid is the most challenging thing,” he says. “You’ve got two powerpacks essentially right in a hybrid, so that you’re balancing fuel tank volume with battery capacity with exhaust routes. I would say it’s probably one of the more challenging aspects of the whole platform design.”

But there is a drivability benefit to plug-in hybrids that might make the complexity worthwhile to drivers. That is because the electric motor in a PHEV is much stronger than that in a conventional hybrid, and it makes a substantial difference in the car’s response to the accelerator pedal.

Sure, battery EVs can be electric rocket ships, but PHEVs deliver a stronger, smoother driving experience on the highway than combustion-only thanks to the electric motor working in concert with the combustion engine. That means more effortless acceleration and hill climbs, and as I experienced in the Range Rover Sport, more accurate cruise control because the electric motor can help hold the desired speed more precisely while climbing hills. Plus, its regeneration of electricity prevents the car from gaining speed on downhills.

We can’t all afford a $105,000 Range Rover Sport PHEV, but mainstream models like the Toyota RAV4 Prime and the Chrysler Pacifica PHEV provide electrified options that give more drivers the opportunity to do their daily driving on electric power rather than hoarding the limited supply of battery cells in EVs that don’t use all their capacity very often.

After that, it will be all pure EVs, says Kampsoff. “We would still say plug-in hybrid is a bridge technology. If you fast forward to 2030 and beyond, EV is a clear winner.”